Mann is famous for nude photographs of her disconcertingly gorgeous brood. On the cover of this collection stand her three bare-chested children in a line, two little girls and a boy, proudly flaunting their infantile sexuality/sexiness while unsmilingly staring you down. Inside are pictures of them rolling around in the grass, in the mud or on sheets on which they’ve just pissed. In one photo, a girl, seen from above, is splayed on the ground in a swastika-like pose that’s so twisted she looks like a rape-murder victim—if only for a moment. The clothes come on and off. Mostly the kids are part-naked, their smooth, undefined bodies either ultrawhite or provocatively sullied. Blood, mud or shit, when applied to body or face with even the smallest amount of intent, grant the recipient a Lord of the Flies-type aura. These kids are all so self-possessed, almost aggressive, never smiling, eyes closed in sensual rapture or fixed straight ahead, at the camera, at you, as if to say—what? JT

“During the 1960s and ‘70s, the European horror film went totally crazy. It began to go kinky—creating a new type of cinema that blended eroticism and terror… Like the Surrealists, European horror directors hoped to liberate man’s latent eroticism, and many of them were drawn to the low-budget arena because of the freedom it seemed to offer… Immoral Tales is more than just a kaleidoscopic tour of this incredible area. It’s a celebration of a bygone era. A period when European mavericks threw caution to the wind and filmed unfettered fantasy. These erotic experiments are still a benchmark of the permissible—their potent reveries easily surpassing the realism of pornography. Get ready for the weirdest film trip ever.”

“From the moment we get up in the morning until we close our eyes at night, the visual reality we perceive is a continuous stream of linked images: In fact, for millions of years—tens, hundreds of millions of years—life on Earth has experienced the world this way. Then suddenly, at the beginning of the 20th century, human beings were confronted with something else—edited film.” Award-winning film editor, sound designer and mixer (The Conversation, Apocalypse Now, The Godfather Parts II and III, The Unbearable Lightness of Being, Crumb, The English Patient, etc.), Murch muses on film editing, DNA, dream therapy and the blink of an eye, and shows how these enable us to perceive the “total and instantaneous discontinuity of one field of vision with another” that is film. LZ

Inauguration of the Pleasure Dome (1954): “A convocation of magicians assume the identity of gods and goddesses in a Dionysian revel. Lord Shiva, the magician, awakes. The Scarlet Woman, whore of heaven, smokes a big, fat joint; Astarte of the moon brings the wings of snow; Pan bestows the grapes of Bacchus; Hecate offers the sacred mushroom, yagé, wormwood brew. The vintage of Hecate is poured. Pan’s cup is poisoned by Lord Shiva. The orgy ensues—a magick masquerade in which Pan is the prize. Lady Kali blesses the rites of the children of light as Lord Shiva invokes the godhead with the formula ‘Force and Fire.’ Dedicated to the few; and to Aleister Crowley; and the crowned and conquering child.”—Anger

The first and still the best book on sleaze films. Interviews the producers: Herschell Gordon Lewis, Ted V. Mikels, Doris Wishman, Ray Dennis Steckler, Larry Cohen, and more! Essays on the genres: Biker films, J.D. films, mondo Films, Santo, sexploitation films, Ed Wood Jr., women-in-prison films, as well as such classics as Spider Baby, God Told Me To, and Wizard of Gore. Plus quotes from the worst, a list of fave films, an A to Z of low-budget personalities, etc. Promo for an educational film, Signal 30: “You are there when the blackened and brittle, mangled and bleeding bodies of what once were living, breathing and laughing human beings are pried from their motorized coffins.” Russ Meyer on Tura Santana’s mythical presence in Faster, Pussycat! Kill! Kill!: “In the instance of Tura, she was wearing boots and she was so voluptuous—big hat, big pair of hips, big boobs—a great Junoesque-looking lady… A lot of people draw all sorts of conclusions… ‘Gotterdammerung’… ‘Flight of the Valkyries.’ She’s part Cherokee and part Japanese… She’d been a stripper… and was as strong as a fucking ox… That was one of the few times I’ve lucked out in casting a role.” And more! GR

“The famous Düsseldorf photographers’ formal investigation of industrial structures displays their serenely cool, rigorous approach to the structures they photograph as variations on an ideal form. The Bechers make no attempt to analyze or explain their subjects. For more than 35 years, the Bechers have been creating a monument to the most venerable buildings of the industrial era through their photographic art. They have re-awoken the forgotten or unnoticed beauty of water towers, gas holders, lime kilns and blast furnaces, and their photographs have told the story of the process of industrialization. Their head-on, deadpan photographs express an almost Egyptial sense of man’s heroic effort to put his mark on the landscape. Industrial Façades covers the whole range of periods and designs representing the austere brick buildings of the early industrial age.”

This book falls short of its potential. It purports to be a history of human oddities in film, and a flip through to look at the photos is enough to connive the average freakophile that this is a must-have. However, the author skips from subject to subject, often giving the impression he has not seen the films he is talking about. Huge portions of this volume seem to be regurgitated directly from the book Killing for Culture, available from the same publisher, which contains some of the most complete information about the “mondo” style of filmmaking
After claiming that this book will be about real human oddities on film, the author jumps to films using fakes. This would have been fine if he had given these films a separate chapter or section, but this is not the case. They are mixed in with the real stuff, like dirty socks among the clean laundry. Worse, the author breezes past important films and film makers in a few lines, and then goes on to describe at length horror movies that have little or nothing to do with the book’s subject matter. Hardly a complete loss, an oddity and it remains valuable for any connoisseur of oddities. TC 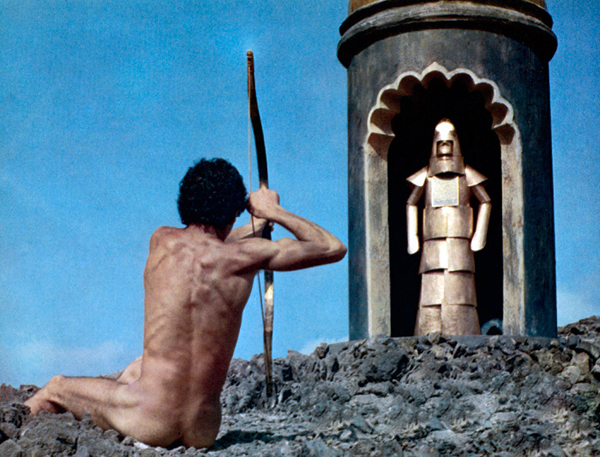 Sample quote from Curt Siodmak: “I’m a writer, and to write the right things is more important than getting a lot of dough for it… Today, nobody lives better than I do. I have an estate, 50 acres overlooking the mountains, and every night I say, ‘Heil, Hitler!’ because without the son of a bitch, I wouldn’t be in Three Rivers, California, I’d still be in Berlin!”

In 1974, at the age of 53, Joseph Beuys first set foot in the United States and his “Energy Plan for the Western Man,” a performance piece which consisted of a series of talks in New York, Chicago and Minneapolis, was his introduction to this country. Beuys presented his inclusive ideas, including the notion that “Every man is an artist,” to audiences with decidedly mixed results,. Reactions ranged from frequent attacks on his past as a Stuka pilot for the Luftwaffe during World War II to tremendous interest in his peculiar brand of conceptualism and the “Free University” he had helped found in Germany. The talks provided the impetus for Beuys most famous “action” in America, “I Like America and America Likes Me,” in which the artist lived in a gallery wrapped in felt and carrying only a cane while sharing the space with a wild coyote. This book presents a number of previously unpublished writings and several interviews in which Beuys discusses his best-known projects in both America and Europe. AP