Melancholy can fuel creation. Intellectual looks at Maya Deren and Kenneth Anger, and Brit phenomenon the K Foundation; plus the aesthetics of pornography, an interview with William Gibson, the Process Church, America, and A Clockwork Orange as societal metaphor. SK

A movie-by-movie chronology of Chandler’s bout with Tinseltown. Nobody bitched more about the writer’s place in Hollywood than Chandler. And nobody profited more, financially or in reputation, than this British-bred American pulp novelist, creator of the white-knight gumshoe, Phillip Marlowe, who walked the mean streets of Los Angeles. The Big Sleep, Farewell My Lovely, The Lady in the Lake—all by Chandler and all examples of film noir at its finest—tough yet sentimental, at once sad, yet funny, vicious but sublimely poetic. In a town that was legendary for ruining literary giants (Hemingway, Faulkner, Hammett), it was Chandler’s mastery of the hard-boiled screenplay that left him one of few survivors.
Between 1943 and 1950, he worked for four different studios, cranking out an amazingly consistent body of work, and a total of 10 movies have been made from his six filmed novels. Examples of his brilliantly crisp, sardonic wit spice up many film classics, as in the famous “let’s trade murders” scene in Hitchcock’s Strangers on a Train. Or in the sexy way Veronica Lake picks up Alan Ladd in The Blue Dahlia. GR 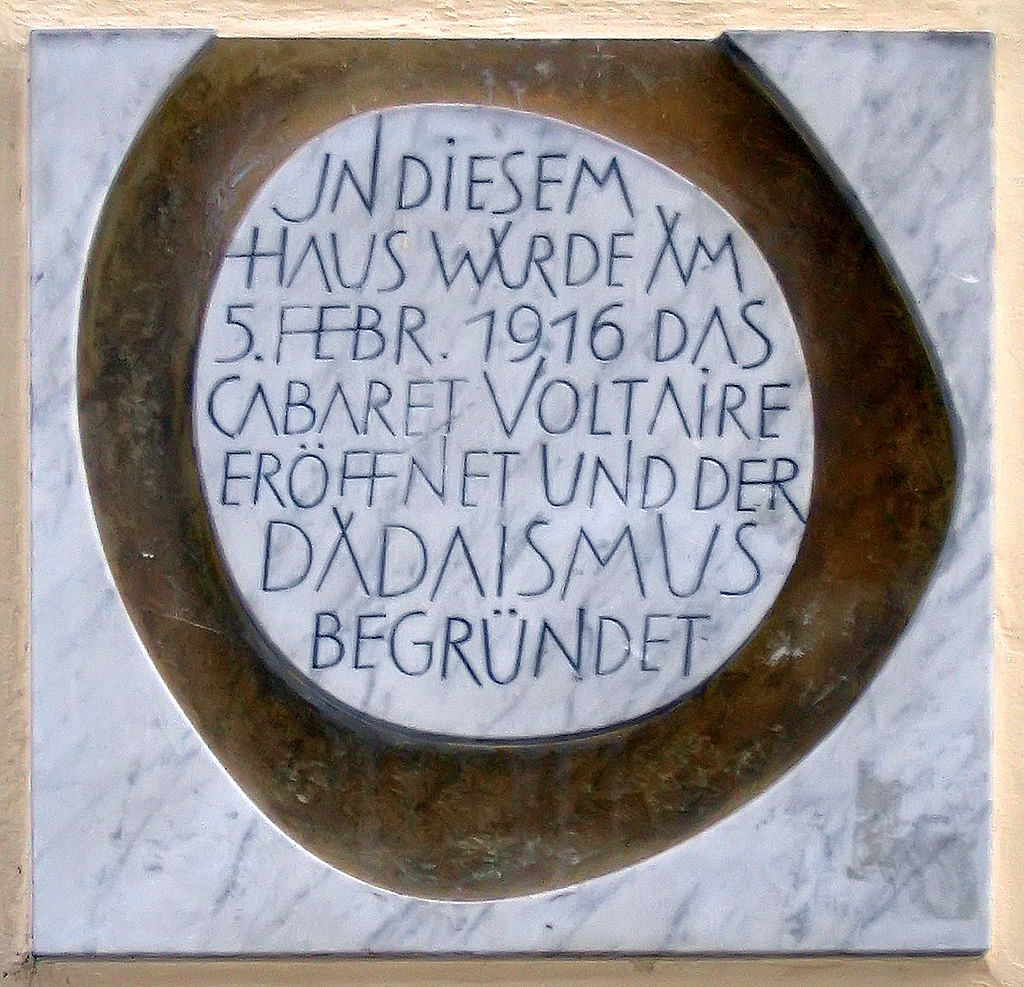 Set against the colorful descriptions of Rodin’s atelier, we hear, through conversations with his close friend Paul Gsell, Rodin’s opinions and philosophy on art and of some of his influences. In the chapter “Realism in Art” it’s revealed that unlike most sculptors who place models on pedestals and arrange them, Rodin would pay models to roam around his studio “to furnish him constantly with the sight of the nude moving with all the freedom of life”; by watching them he found inspiration for a natural pose. Often criticized by his contemporaries for his realistic portrayals of the human figure, he broke the rules of the time with his bold expression and style. This book gives insight into the rationale and methods utilized by Rodin. With intuitive sagacity he comments on the various works of Rembrandt, Michelangelo, Raphael and many more of the famous names who fill the art museums of the world. The book includes 51 illustrations of his sculptures including La Belle Heaulmiere, Head of Sorrow, the unfinished Gates of Hell, of course The Thinker, and 23 prints and drawings. TR

“An in-depth look at the most independent writer-producer-director Hollywood has ever had. Called ‘original, eccentric and explosive,’ The Steel Helmet, Pickup on South Street, Underworld U.S.A., Shock Corridor, The Naked Kiss and White Dog are only some of Fuller’s over-the-top masterpieces. Each of his yarns, as he calls his stories of crime, lust and war, is a free-fire zone of the unexpected and audacious: baroque compositions, long takes and elaborate camera movements; controversial and ‘shocking’ subject matter; big themes and dangerous ones—race, politics, patriotism. Fuller takes a palpable pleasure in subverting Hollywood’s clichés and standards of behavior. His protagonists are the sort most ambitious directors eschew: the dregs, lowlife criminals and hookers, stubbly chinned dogfaces, borderline psychopaths and a few who cross the border and don’t look back. Fuller hates the mainstream moviemaker’s sanitized, idealized depictions of human behavior. When his characters get shot, stabbed or blown up, there are no deathbed scenes or beatific last words, but screams of agony. If forced to choose between a fast buck and a noble gesture, they take the cash.”

Ray was raised among a hybrid of influences ranging from orthodox Hinduism and the genius of Rabindranath Tagore to Hollywood films and Western classical music. In over 30 films, Ray experimented extensively with mood, period and milieu, conveying through his films a sense of whole personality in the manner of great writers or painters. His works “offer us intimations, if we tune ourselves to him, of a mysterious unity behind the visible world.” Written several years before his death, this book contains a number of interviews with Ray and firsthand observations by the author on the sets of two of Ray’s films. Replete with 150 photographs from his life and films plus sketches from his shooting notebooks, his early advertising work and his memoirs. JAT

A short homage to Rudolf Schwartzkogler, the Viennese Aktion artist who created photographic tableaux of gauze, scalpels, tubes and razor blades which suggested strange sadomasochistic medical operations. The book is made up mostly of interviews with , Schwartzkogler ‘s girlfriend Edith Adam, his model Heinz Cibulka, blood-orgy fellow Aktion artist Hermann Nitsch and others who knew him. The interviews bring out the importance of Artaud’s ideas to the Aktion artists and dispel the lingering rumor of Schwartzkogler’s self-castration. SS

Few directors are more erudite and eloquent than Martin Scorsese, making this addition to the Faber and Faber “directors on themselves” series particularly interesting. Scorsese the raconteur and film scholar tells stories about his own movies. Interviews interspersed with oeuvre analyses cover familiar territory: Scorsese’s Italian Catholic upbringing in Queens and Manhattan’s Lower East Side, his early fascination with movies, his student films, the director’s encounters with Roger Corman, and his breakthrough biographical films. Given the intense nature of Scorsese’s films, it is surprising how casual he makes their productions appear. In his telling, Taxi Driver almost sounds like a home movie made during preproduction on New York, New York. Taxi Driver storyboards for Travis Bickle’s bordello shoot-out and Scorcese’s description of Bible-film research and personal reflections on The Last Temptation of Christ provide insight into his working methods. RP

The ecstatically demented, sublimely excremental oeuvre of Hieronymus Bosch has no doubt generated more questions, more outright befuddlement, than any other in the history of art. Today it is perhaps easier to grasp its turbulent appeal, but in the highly repressive, post-Inquisition climate of late-15th, early-16th century Europe, what on earth did people see in his work? The answer, at least according to the author, is not very much. Bosch’s most notorious patron, the Spanish monarch Philip II, probably found him a trusty purveyor of the sort of naughty tee-hee grotesqueries the king favored for his private entertainment. The rest of Bosch’s contemporaries mostly saw no further than the conventions of liturgical allegory which Bosch consistently employed, if only as a point of departure. To them, these were pictures of other places: a little bit of heaven and a whole lotta hell. But to Bosch, who was, as Harris argues, a closet heretic thoroughly steeped in the critical shadow lore of Gnosticism, they depicted everyday life on Earth. This was the world as he saw it, a world—to quote from Harris’ wonderfully restrained prose—”fundamentally unsound.”
This heretical take is not new, and while readers have already been regaled with one sectarian rereading after another (Bosch as party-hard Adamite, Bosch as Rosicrucian dandy), Harris’ thesis is convincing. She labels our man a devout Cathar, one of the few remaining supporters of a uniquely bleak and uncompromising brand of dualism originating in Bosnia-Herzegovina. This connection provides a tenable key to decoding the buried church-baiting, hell-on-earth messages of his art, while also suggesting an almost primordial source for the mind-boggling extremity of the present-day horror stories that seem to flow nonstop from that Balkan region. JT

“Everything behind the camera forces itself to appear as real even when it just projects simulations and dramatizations. Spectators are witnesses behind the mirror. Cinema has the power to possess, dominate and manipulate people through the use of illusion, briefly isolates a group from the rest of the world. It freezes time, it moves it faster and ages constantly.” After experimenting and making use of all other art expressions, through an entire century, cinema has arrived. It too has its own language. Screenwriter Carrière (who collaborated with director Luis Buñuel for 18 years) explores the elements and roots of film and analyzes the process of creation and the importance of the screenplay. LB