“Instead of memory, there is a culture of permanent playback” in which Barbara Steele, Alexander Nevsky, D.W. Griffith, Zombie Holocaust and a hundred thousand other cinematic images flicker in and out of our consciousnesses. The Phantom Empire is an elegantly written, dreamy rumination on how we have absorbed motion pictures into our individual and collective psyches. At various levels, it is about the creation of the spectator, the way movies initiate us into society, and how time distorts when we see old actors in their youth and dead actors living on the screen.
At the same time author O’Brien relates nothing less than a condensed history of the cinema itself. “The screen,” he writes, “was a second sky, where what you saw was nothing compared to the anticipation of what you might at any moment witness: a shooting star, a spaceship, an apocalypse.” Hypnotic and thought provoking. LP

The short version is that “Pinocchio wasn’t written ‘just for kids’” and that with the advent of the various “isms” that started popping up in the art world around the turn of the last century, the “ists” began to embrace the idea of childhood’s innocence along with the carnival and fairground motif. Puppets were a good way for people with Dadaist, Cubist, Symbolist and Futurist (etc.) outlooks to portray the plight of humanity. Covering the period between 1890 and 1935, in such diverse locales as France, Spain, Italy, Austria, Germany, Sweden, Russia, Poland and Czechoslovakia, this book tirelessly and joylessly explores the role of puppets in European avant-garde drama. One certainly can’t fault the book for shoddy scholarship. The bibliography is a full 10 pages. There is much information in this book, but it fails to evoke any sense of the excitement that is the nature of a good puppet show. It’s ironic is that in attempting to document what in essence was a longing for a return to simplicity, the author has created something large and unwieldy that any right-minded little puppet would mock and batter with all its might. SA

A survey of Burroughs’ extensive body of visual work (collages, photomontages, sculptural assemblages, shotgun paintings and text-image works) published in conjunction with the eponymously titled exhibit organized by the Los Angeles County Museum of Art in July 1995. A writer of intensely cinematic, nonlinear prose, Burroughs’ accomplishments outside the realm of his novels are rightfully assessed in terms of “logical step” as opposed to pedestrian aberration. Indeed, the cracker-barrel anarchism that informs his fiction-signature themes of control, addiction, sex and transcendence—is equally alive in his art. While the hype that has surrounded him for the past decade can often be annoying (Portrait of the Artist as Iconoclast Badge of Postmodern Hipness displayed by every purveyor of fashionable cool from Robert Wilson to Sonic Youth to Saturday Night Live to Nike), Burroughs’ influence on both American and world culture is enormous—a contention, in its visual-art implications, Sobieszek discusses at some length. With an informative text augmented by over 200 illustrations (many in color), Ports of Entry is an exciting look into the pictorial world of the writer whom Kerouac once dubbed “the most intelligent man in America.” MDG

A critical survey of the major issues and values that define the Primitivist world view, focusing on the modern artists most closely associated with it. Beginning with the art of Gauguin in the 1890s and moving through to the American Abstract Expressionists in the 1940s, Rhodes cites the ways in which Western artists felt impelled to look outside the conventions of their own culture and appropriate the primitive (i.e., the mystical, the mythic, the pre-rational) as a means to forge new ways of seeing and challenge established beliefs. Drawing not only from the tribal peoples of Africa, Oceania and North America but also from those groups considered ‘primitive’ within Western culture itself (peasants, children, the insane and even women!), Primitivism becomes as diverse a term as the artists and movements it inspired: Kandinsky, Kokoschka, Picasso, Ernst, Pollock, Rauschenberg, Rothko; Cubism, Dada, Expressionism, Impressionism, Abstract Expressionism. While it is true that this survey is somewhat dry and academic in tone, coalescing the enormity of Primitivism’s impact on modern art into a cogent overview format is no easy feat. Replete with illustrations (some in color) and bibliography, Primitivism and Modern Art is an informative, scholarly read MDG 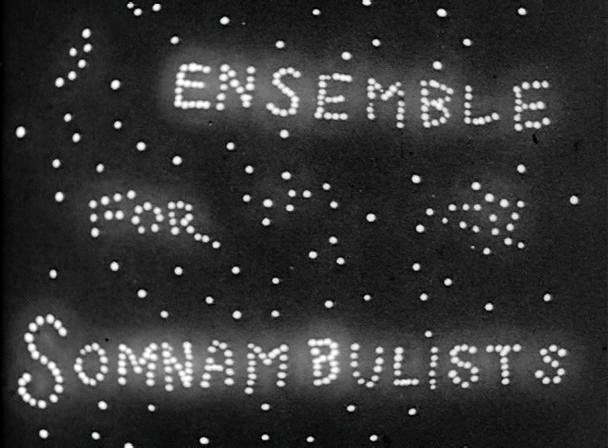 A series of grandly brooding etchings depicting imaginary prisons executed between 1743 and 1745 by the frustrated Italian architect Giovanni Battista Piranesi. “In these works architectural fantasy strains and breaks the boundaries of human perception, creating a vast system of visual frustration that seems co-extensive with the universe. Where do the innumerable staircases lead? What do the immense vaults support or enclose? The ambiguous structures are compounded with projecting beams, pulleys, wooden ladders, rickety catwalks and gangways, hanging ropes and chains, iron rings embedded in the walls, and, so insignificant as to be almost not there, a few faceless human figures haunting the shadows… .”

From Inside the White Slave Trade to The Mack, from Dawn: Portrait of a Teenage Runaway to Gigi, this is the single comprehensive directory to onscreen whores (as opposed those behind the camera). SS

Don’t throw away your old Psychotronic Encyclopedia of Film. With a few minor exceptions, none of the listings in this video guide duplicate those in the first volume. Not only that, but there are references to movies in the second volume that are listed in the first one. Keep them together on the shelf for cross referencing since it is uncertain in which volume a film might be listed. It’s purely the luck of the draw.
Each listing includes the director, screenwriter, producer, editor, key actors and music credits. Most of the films here are American B or genre films. Germany is the source of a lot of silent-era listings and ‘60s B movies, and the British also produced a number of films between the ‘50s and the ‘70s that bear inclusion. Italy, however, is the largest foreign producer of the crème de la psychotronic. In addition to the alphabetical title listings are such bonus features as “Directors who made the most psychotronic films” and “What are mondo movies?.” SA

“Throughout history there have always been forms of art alien to established culture and which ipso facto have been neglected and finally lost without trace.”—Roger Cardinal
As the first of the Rapid Eye books was about to go to press in 1989, editor Dwyer experienced a bit of kismet. He had been looking for a word which might describe the sort of material that these books would be dealing with. A friend called him to say that he was opening a bookstore which he would be calling Occulture. “This new word obviously suggests both culture and the occult,” Dwyer observed. “To me this ‘occulture’ was not a secret culture, as the word might suggest, but a culture that is in some way hidden and ignored, or willfully marginalized to the extremities of our society. A culture of individuality and subcults, a culture of questions that have not been properly identified—let alone answered—and therefore do not get a fair representation in the mainstream media.” Rapid Eyes are a marvelous tonic for people who think that art has run its course, that it’s all been done before and that there’s nothing new under the sun. Perhaps that is so. But Dwyer has scoured the globe and packed these books with a feast for thought.
Rapid Eye 1 contains: “The Fall of Art” by W.S. Burroughs; Psychic TV; Aleister Crowley; information about Brion Gysin’s Dreammachine; C. John Taylor on the Cosmos; Situationism and Death TV; interviews with Hubert Selby Jr., William Burroughs, and Mr. Sebastian; Neoism; Austin Osman Spare; Hitler and Nazi UFOs; Tantra, Derek Jarman, Colin Wilson on sex crimes and the occult; Chinese footbinding; and a memorium to Brion Gysin. SA