Less a study in film history than a magnificently rambling narrative collage in which characters, locations and perspectives are constanly being transposed, Naked Lens is dedicated to the notion that events never occur in neat bands and strands. The connections between the Beats and the underground movie scene, both in New York and San Francisco, revealed as dense, complex and often illuminating in this wide-ranging volume of recollections, anecdotes and profiles. Taylor Mead, star of Ron Rice’s The Flower Thief and Warhol’s Lonesome Cowboys, discusses his links with Amiri Baraka and Jack Kerouac, while a surprisingly bullish Ginsberg refutes all false categorizations. It was exploitation filmmaker Al Zugsmith, after all, who copyrighted “The Beat Generation” as a title, thus obliging Alfred Leslie and Robert Frank to rename their flick, starring Ginsberg, Corso and Kerouac, Pull My Daisy. From Burroughs and Bukowski through to Jack Smith, Paul Whitehead and John Cassavetes, this is a book filled with crowded hours. KXH

Unfortunately, this book contains “informed theoretical developments in film theory, cultural studies, postcolonial discourse, and Third World cinema.” Still, it seems to be one of the only existing English-language books to deal with that kaleidoscopic factory of celluloid iconography that is the Bombay movie world, which exceeds Hollywood in its annual output of films released and has an equally long history. In the filmis, Hindu myth gets choreographed by Busby Berkeley to a shimmering soundtrack of raga-pop which can induce involuntary ecstatic states in the Westerners who have had the good fortune to be exposed to it, and the undying devotion of a subcontinent of loyal viewers many millions strong. While valuable as historical background, this book does not aspire to bring to the Western world the wonders which would await it if Bombay were ever to become the next cinematic Hong Kong. SS

Best-known outside its native Slovenia for the wittily bombastic pop music of Laibach and the eclecticist painting installations of the IRWIN painter group, NSK is a unique group of highly motivated painters, musicians, actors, directors and designers in Ljubljana who have been working collectively under the umbrella Neue Slowenische Kunst (New Slovenian Art) since the early ‘80s in an exhaustive exploration of the fertile intersection of art and politics. The NSK method of expression defies simplistic analysis; it is simultaneously confrontational, prophetic, analytical and aesthetic, seizing the most potent and mythic symbols of recent ideological constructs and their cultural heritage, and then wielding them for their inherent power over the psyche of the receiver.
NSK challenges the false dichotomy of freedom vs. totalitarianism with an intricate melding of revolutionary and totalitarian imagery and language. The artistic expression of NSK in its myriad forms is about the utopian impulse—its ephemeral triumphs, its hazards and its unending war of attrition with the commodifying forces of global capitalism as well as state terrorism. The NSK book is a uniquely self-designed and self-edited documentation of the first 10 years of this important artistic force, created on the brink of Yugoslavia’s bloody civil war and Slovenia’s independence. NSK is made up of hundreds of color and black-and-white reproductions of paintings, installations, posters, music and theater performances, album covers, film and video stills and architectural plans combined with manifestoes, speeches, epistles, theoretical writings, interviews, scripts and other NSK texts. SS

The movies of Ed Wood are really an acquired taste, though at this stage in the growth of his expanded cinema cult, the peer pressure to claim to love them is almost as overwhelming as the ridicule they received when he first wrote and directed them. But interest or disinterest in his films has no essential bearing upon an appreciation of the incredible life and times, obsessions and addictions exposed and celebrated in this book.
Of course, most of us know the movie based on this book, which featured Johnny Depp, Bill Murray, Patricia Arquette and Martin Landau. But what very quickly becomes clear while reading this volume is how much hilarious and heartbreaking, courageous and eccentric material was left out of the film. Needless to say, much of this additional information centers on sex and drugs and aberrant activities, making the plethora of supplementary anecdotes an unexpectedly sordid (which in this context is a positive value) and fabulous bonus. For example, take this little gem from the memory lane of writer-producer-director Tony Cardoza: “In India they sent a 13-year-old-girl up to Tor’s hotel room. So he’s sucking her breast and it tastes kind of bad, and so he turns on the light, and finds that she was dirty, not dark-skinned! And her tit was white where he was sucking it.”
Rudolph Grey collected who knows how many interviews and then painstakingly sifted and assembled them to form a powerful and compelling biography that flows uncannily well. The fractured persona of Ed Wood—transvestite, dreamer, inept hustler and, probably, naive genius—is scarily believable and contemporary. Today, with RuPaul on national television and Hollywood making movies on a seemingly regular basis about drag queens and transvestitism it might be easy to forget the recklessly courageous honesty exemplified by Ed Wood’s “coming out” in Glen or Glenda?. No matter how kitsch his treatment might now seem, make no mistake, he was brave and he was risking everything when he introduced the world to the now mythologized pink angora sweater.
Apart from enjoying tales of the fascinating interplay of wild and bizarre characters who surrounded Ed Wood and, of course, his intense friendship with Bela Lugosi, the reader learns just how truly prolific he was. In addition to the central core of 32 movies that he more or less completed, he also created at least 155 television commercials, also wrote more than 45 books. These in particular beg to be reprinted as seminal explorations of transvestism, cross-dressing and ‘50s-era hustler Hollywood.
Grey includes synopses of these books, which leave the impression that Wood’s books may be the closest readers will get to reading his autobiography. Ostensibly written for sexploitation publishers of cheesy paperbacks the excerpts selected suggest a richness and brutally revealing serial confessional that can only consolidate and increase the reverence in which we might hold this extraordinary man.
Wood died an impoverished and delirious alcoholic, a fact Tim Burton’s film should have addressed in order to lend an agonizing realism to his subject’s demise. For, in the end, what really becomes most apparent and undeniable, and what makes this book and the heroic life it so vividly describes absolutely essential, is the deeply serious implications concerning identity and self and artistic expression manifested by the conclusion we inevitably must draw that… it takes a real man to wear a pink angora sweater with pride. All hail Ed Wood, saint of the gender defused. GPO

“These conceptual works are not yet the fruits of perestroika—these will be harvested in the future. Rather, they are all the ‘children of stagnation,’ who have grown up in spite of it. They are not yet an ‘identity,’ simply the outline of the identity of future Soviet architecture… the so-called paper architecture of the 1980s differs from the visionary architecture of the 1920s and the 1960s in the very character of the opposition it makes to reality: it is no longer utopia, but fantasy.”

“On August 1, 1936, in Berlin, watched by Adolf Hitler and others of the Nazi hierarchy, the Summer Olympics Games began. Filmmaker and photographer Leni Riefenstahl was commissioned to document these spectacular games for posterity. Her film, Olympia, is thought by many to be her masterpiece, and this books shows the results of Riefenstahl’s photographic tribute to the competitors. She utilized innovative and ground-breaking camera angles, techniques and styles in order to create her vision of the Olympics. Her stark realism is revealed in these shots of strength and determination. The artist presents divers, swimmers, sprinters, jumpers, vaulters and others as specimens, the ultimate practitioners of their artforms, and by these efforts, the portraits of these men and women reach a zenith of Riefenstahl’s own art. Her visual genius is fully evident in this remarkable collection of black-and-white photographs.” 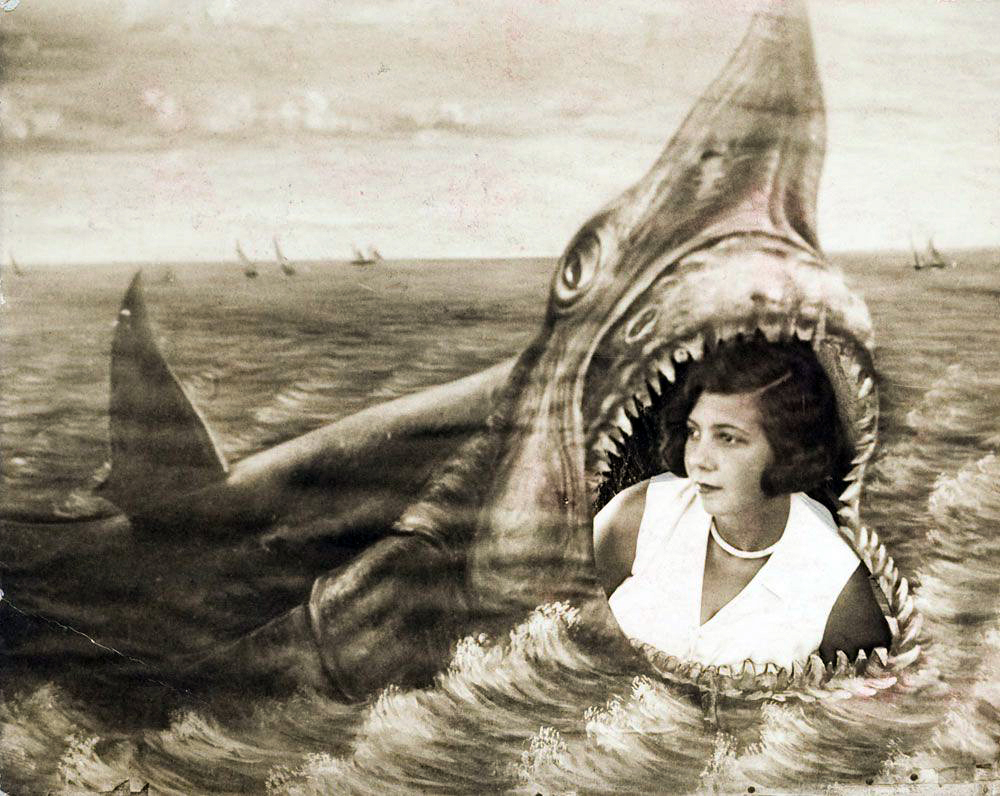 A selection of Baudelaire’s critical articles covering the poet’s preoccupation with the visual arts of his time and with his major artistic heroes—Delacroix, Poe, Wagner and Constantin Guys. Throughout his observations it becomes clear that his approach to art criticism was one that rejected the purely analytical textbook approach in favor of one that was “partial, passionate, political, amusing and poetic”—the point of view that opened the most horizons. The starting point of all critique, he contended, proceeds from the shock of pleasure experienced in front of a work of art and only later, through examination and analysis, is that initial pleasure transformed into knowledge. In other words, the true critic, like the artist, should be endowed with a creative temperament and be a kind of secondary poet, reflecting and translating the work of art. Add to this fundamental conviction Baudelaire’s poetic insight, his wit, his flawless description and, most importantly, his underlying humanity and this volume makes for an exciting read. MDG

Burroughs talks about painting technique—his and other people’s—in the first chapter. One of his favorite methods is shooting cans of spray paint with a shotgun (which he has placed in front of a piece of plywood) the random splattered paint on the plywood being the finished piece. In the second chapter he talks about whether we need police or not, suggesting that when people start feeling comfortable without police, the police come along and start trouble. What we therefore need is a criminal strike, in which every criminal agrees not to commit any crime for one day, paralyzing the system. Four or five days of that and we would say, “Why do we need police?” Twenty-thousand gun laws passed in 20 years, but the murder rate goes up and up: “After any shooting spree, they always want to take the guns away from the people that didn’t do it.” DW