“Red velvet sheets, gossamer drapes, scented rooms, and martinis pouring from a bottomless shaker: just the foreplay to this soundscape of misty evenings, postcard perfect sunsets, and aquatic paramours…” —(liner notes quoted in Elevator Music)
Elevator Music drags to the foreground the latent spiritual, unconscious and definitely sexual strivings of 20th-century society imbedded in what is commonly dismissed as “background” music. To cite author Lanza, “moodsong reinforces mounting suspicions that we live inside a dream.” It is no kitsch coincidence, for instance, that Salvador Dali was commissioned to do the cover for Jackie Gleason’s Lonesome Echo album. Elevator Music is also a tribute to the fiendish inventiveness of mood music’s pioneers and their imaginative mind-control experiments such as the “Stimulus Progression” mechanics of programming and Muzak’s musical mood-rating scale from “gloomy-minus 3” to “ecstatic-plus 8.” Mood music becomes the focal point of remarkable parallels between the “invisibility” of post-Cold War global capitalism and fictional, futuristic, totalitarian dystopias such as Brave New World. An all-encompassing survey which reveals Erik Satie’s furniture music manifesto of 1920 as the transitional point from Dada to Muzak, but also includes such juicy tidbits as Jackie Gleason’s plain-talking instruction to his orchestra, “It’s 5 a.m. and you see her body outlined through her dress by the streetlight, and you get that ‘Mmmmm, I want to come’ feeling.”
Elevator Music is loaded with astounding facts and correlations such as the Mormon Church’s corporate sponsorship of the “Beautiful Music” radio format, Angelo Badalamenti’s (Twin Peaks’ composer) secret tenure as staff arranger “Andy Badale” for the Muzak Corp., Seattle’s Sub Pop/Muzak connection, the themes from Dragnet and Captain Kangaroo beginning as music-library stock tunes, Neil Armstrong’s request for Les Baxter’s Music Out of the Moon to be played out the Apollo rocket’s speakers during the moon mission, why Muzak stays with mono, the influence of Pythagorean number theory on Muzak programming, and that Bach’s Goldberg Variations was commissioned by an insomniac Russian count residing in Dresden to be played in an adjoining room while he counted sheep.
Elevator Music also provides in-depth analysis of such thrift store perennials as the Mystic Moods Orchestra, Ray Conniff Singers, Percy Faith, the Swingle Singers, Enoch Light and the Light Brigade, and the like. Lanza supports his bizarre penchant for the 101 Strings with such examples as Exotic Sounds of Love, featuring a leather-clad dominatrix with an eye patch (!) on its album cover and their legendary freak-out album Astro Sounds, featuring tunes like “A Disappointing Love with a Desensitized Robot” and “Bad Trip Back to ‘69.” Less impressive is his treatment of the unsung but truly gifted maestros of “easy listening” like Martin Denny, Les Baxter, Perrey and Kingsley, and Francis Lai in this otherwise thoroughly entertaining chronicle of capitalist social engineering and the interplay of music, technology, mass culture and finance. SS

In the introduction, the authors cite Clement Greenberg’s observation that bad taste and kitsch are “becoming the first universal culture ever beheld.” Perhaps so. But for the sake of defining the parameters of this already hefty tome, they have focused on American examples of bad taste. What really sets this book apart is that the authors actually love this stuff: “We hate to think how drab things would be without bad taste.” And they certainly don’t take the easy way out with a pointed finger and a sneer. “Once a subject was chosen, we tried to proceed with the rigor an anthropologist might use after unearthing some enchanting cultural artifact from a strange civilization.” Their criteria for bad taste were a series of well-conceived and -measured choices. “Bad taste tries too hard to mirror good taste.” “Bad taste frequently tries to improve on nature.” “Good taste is what is appropriate.” “When things hang around this collective cultural Warehouse of the Damned long enough, they begin to shimmy with a kind of newfound energy and fascination. Their unvarnished awfulness starts looking fresh and fun and alluringly naughty.”
True to the tag “encyclopedia,” the entries are listed alphabetically and average a couple of pages each with copious and lurid illustrations. Among the topics are: aerosol cheese, artistry in denim, beer, Allan Carr, chihuahuas, children’s names, cedar souvenirs, designer jeans, elevator shoes, facelifts, the Gabors, Home Shopping Network, jogging suits, lawn ornaments, Liberace, macrame, meat food snacks, mime, nodding-head dolls, perky nuns, pet clothes, polyester, shag rugs, surf ’n’ turf, TV dinners, unicorns and rainbows, white lipstick and Wonder Bread. SA

From the author’s preface: “I believe this book to be the first extended study in English of one of the strangest personalities in the whole history of music. Stranger still is the fact that, in spite of the absolute uniqueness of Satie, both as a man and a musician, to the vast majority of people in this country, including musicians, he is still little more than a name… As to his music, of even the few score or so of musicians who may have a nodding acquaintance with it, probably only a very few have ever paused to consider whether the composer was anything more than a musical humorist with a marked penchant for leg-pulling… I hope in these pages to be able to convince even the most skeptical that the true significance of Satie is to be sought on a very much higher level than certain of his works might suggest, and that his importance as a pioneer in contemporary music in general, and the influence he has had upon some of the greatest composers of this century in particular are far greater than is generally supposed.”

At the beginning of the Fabio phenomenon, it was estimated that his likeness on the cover of a book could increase the sales by 40 percent. The author, who is also Fabio’s lawyer, has previously worked with other “unique personalities who were visionaries or iconoclasts in their time. From Bertrand Russell and Salvador Dali to Buzz Aldrin and Mohammad Ali, I experienced firsthand the unique qualities of legendary personalities.” Fabio comes from a well-to-do Italian family and doesn’t need the money or the validation of being a star. He has a “vision” that he wants to share with the world in the form of self-penned romance novels, calendars, exercise videos, a CD and a role on the television show Acapulco H.E.A.T. He is self-invented and living proof indeed that life is art. Whether this art is high or low is for the discriminating viewer to decide. SA

After the band U2 sued over the record entitled U2 by Negativland, forcing the album out of existence (the remaining stock was ordered destroyed), SST Records (Negativland’s label) sued Negativland. This produced a big heap of paper, which got collated by Negativland into a book. A legal case over the “fair use” of the letter U and the numeral 2 makes for a bizarre document. Employing their own exclusive logic, Negativland convinced Gary Powers Jr. to write the book’s introduction. His pilot father was famous for being shot down behind the Iron Curtain in a U2 plane.
Included in this package is a CD oratory on the subject of fair use as well as an audio artwork constructed entirely of found soundbites. Together the book and disc provide much food for thought in the current climate where intellectual property is being redefined in the digital age. SA

Is too much information a bad thing? This Ferris-wheel history has more information than you will ever need about this staple of amusement rides. There are examples of wooden, four-seat, human-powered wheels that are still used in India; descriptions of Ferris wheel-like rides that never caught on; Ferris wheels within other rides (like a roller coaster with mini-Ferris wheel on tracks). The last part of this book consists of reprints of what is hopefully every Ferris wheel-related patent ever issued. TC

The main focus is on film-music methodology and technology, tracing early sound in film through to its maturity as practiced by such acknowledged masters in the field as Goldsmith, Herrmann, Rosenman and Bernstein. Includes perceptive interviews which give much insight into the compositional process, example scores which are discussed and dissected, overviews of key moments in film sound history and techniques, and film-music aesthetics codified. For such a thorough study, its one failing is the author’s bias against electronics in music, which is surprising given the strong tradition within the film-music and sound community to encompass all aspects of sound production.
Since the original publication date was 1977, post-Star Wars orchestral scoring and the new generation of composers and their techniques are omitted, which unfortunately prevents the book from being truly definitive. Nevertheless, a first-rate source on the development and traditions of motion-picture scoring. BW

While it’s true that any class of mundane object grows creepy when amassed in sufficient quantity (remember Imelda Marcos’ shoes?), the collections represented in this book are unequivocally strange, such as Peter the Great’s “Cabinet of Wonders,” which contains giant skeletons, two-headed sheep, and healthy teeth pulled from Russian soldiers by Peter himself. The essays by the naturalist Gould and color photographs by Purcell illustrate and collude with the excesses of decadent taxonomy.
Here is Gould describing the artwork of Peter’s personal embalmer, Frederik Reusch: “He might sever the arm of a dead child, surround it ‘so prettily and naturally’ (his own words) with a sleeve and lace cuff expertly sewn by his young daughter Rachel, and then suspend from the fingers, by an organic thread made of yet another body part, some exquisitely preserved and injected organ—perhaps an eye, or a bit of genital anatomy… “
“The world is messy; the world is multifarious,” writes Gould, in reference to biologist Eugen Dubois’ collection of brain casts of tigers, squirrels, chickens and polar bears, nested in antique cigar boxes. Indeed. HJ

“Flash” is the name for the sheets which tattooists have used to display their designs to prospective customers. Flash From the Past assembles in full color the Old-School designs from the pre-Stray Cats and Modern Primitive era when sailors were still the primary market. Cobras, hula girls, Old Glory, butterflies, “Mom”… could this kick off the retro era in tattooing? The introduction does a good job of associating names and places with the otherwise anonymous designers of this important American folk art. SS 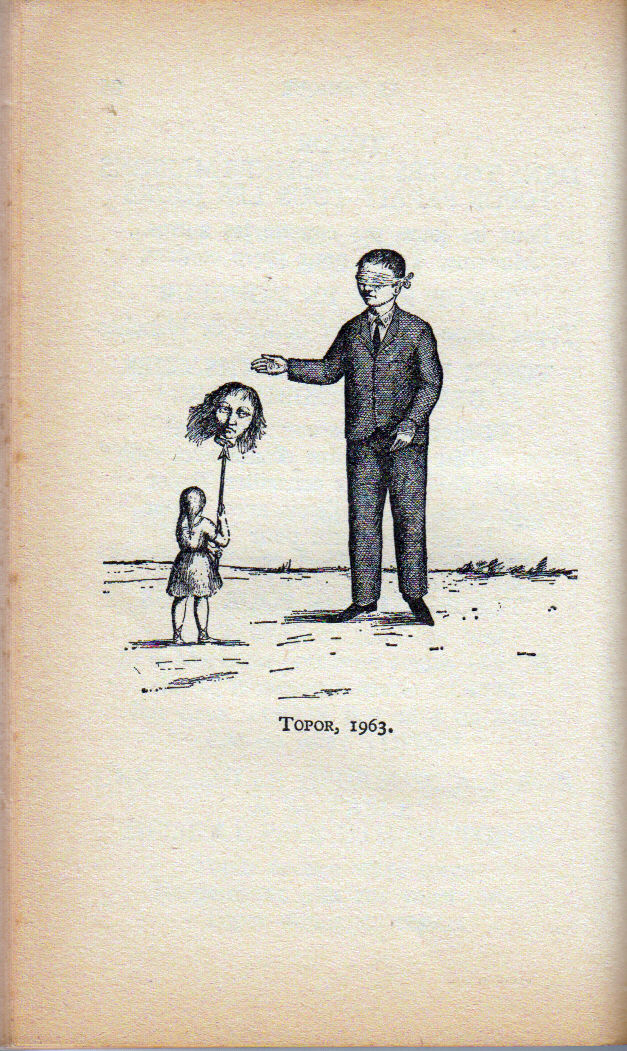 Max and Dave Fleischer were pioneers in the development of animation as we know it today… or so the story goes. This book delves deep into the perverted, sometimes sickening minds of these so-called creators of a genre. Every disgusting secret hidden for years beneath the happy façade of fluffy little bunnies and talking mailboxes is unearthed, including the development of that ultraslut Betty Boop, the nympho who lured pie-eyed theatergoers into the pits of sin and despair. Max and Dave spent many years pimping that garter-strapped hussy from one filthy studio to another, coveting every sweaty dime just to produce even more lurid and disgraceful cartoon characters to tempt an already downtrodden public.
Betty’s giant head bows to no man in her quest for the fast life and complete domination of the underworld where she resides. Want to learn more about that sex-starved, pipe-smoking, halibut-reeking Popeye? No cabin door is left unopened or barnacle-ridden question unanswered in this book. Learn about the true meaning of the phrase “shiver me timber.” This book lays bare the most intimate details of the Fleischer Bros.’ strangely obsessed world. “Out of the inkwell”? More like “Out of the gutter.” MI