The first of two stunningly designed volumes offering an extensive overview of the publishing phenomenon known as “pulps”—the thousands of paperback serials, novels and anthologies which became a mainstay of the book trade from the turn of the century up to the late 1950s. The American public’s fascination with murder, mayhem, vice, twisted sex, adventure, fantasy and science fiction made best-sellers out of authors such as James M. Cain, Jim Thompson, Charles Willeford, Dashiell Hammett, Sax Rohmer and scores of lesser-known but equally compelling writers [including some now-famous ones, such as William Burroughs, who wrote under assumed names), whose works became the prime inspiration for the film noirs and B pictures made in both the United States and Europe. Also documented are the astonishing cover illustrations of the period, most of which were eye-poppingly gorgeous and chock-full of lurid detail, despite the fact that pulps were meant to be read once and then thrown into the dumpster [hence the term “pulps”]. The author profiles the cover artists, mostly unheralded until now, and accords them a respect that is long overdue. MG

The second of two stunningly designed volumes offering an extensive overview of the publishing phenomenon known as “pulps”—the thousands of paperback serials, novels and anthologies which became a mainstay of the book trade from the turn of the century up to the late 1950s. The American public’s fascination with murder, mayhem, vice, twisted sex, adventure, fantasy and science fiction made best-sellers out of authors such as James M. Cain, Jim Thompson, Charles Willeford, Dashiell Hammett, Sax Rohmer and scores of lesser-known but equally compelling writers [including some now-famous ones, such as William Burroughs, who wrote under assumed names), whose works became the prime inspiration for the film noirs and B pictures made in both the United States and Europe. Also documented are the astonishing cover illustrations of the period, most of which were eye-poppingly gorgeous and chock-full of lurid detail, despite the fact that pulps were meant to be read once and then thrown into the dumpster [hence the term “pulps”]. The author profiles the cover artists, mostly unheralded until now, and accords them a respect that is long overdue. MG

Self-destruction has long been glorified in rock, and tales of misuse are a staple of rock journalism. This has led to irresponsible reportage, either from journalists who join rock artists in the partaking of chemical refreshment, or rock journalists who think heroin makes for a better insider’s view. Nick Kent has been there with the tin gods, written about it, gotten caught up in it, and lived to tell. Instead of giving us some grandiose tale about how larger than life it all was, he invests his profiles with kindness, compassion, and—uh oh—reason. The chapters on Kurt Cobain and Sid Vicious do much to deflate (largely unhealthy) rock mythology without turning the subjects themselves into bad people. All told, the kind of book about rock that is too rarely written. SH

Kurt Weill’s music enjoys a timeless popularity; however, it was firmly rooted in the shifting social, political, and artistic climates in which he worked. Born a cantor’s son in Dessau, a town known as Bayreuth North, Weill showed early musical promise. He was drawn to the Berlin of the 1920s, where he studied under the great Busoni before linking up with Bertold Brecht and his own life-mate and greatest interpreter, Lotte Lenya. Creating such landmarks of Weimar theater as Mahagonny, Happy End, and The Threepenny Opera, the trio were to define a time and place. Fleeing the Third Reich, Weill emigrated to America and reinvented himself as the ultimate Broadway composer. He worked with Ira Gershwin, Maxwell Anderson, Langston Hughes and Ogden Nash, conquering the Broadway vernacular before his early death at age 50.
Extensively researched, The Days Grow Short charts Weill’s personal and career journey. Focusing on the development of Weill the composer and the creation of each work, this text evokes the theater worlds of both Berlin and New York when they were arguably at their peak. JAT

Possibly the most underrated thinker of the 20th century, Fred Rogers has been a fixture of children’s television for over 25 years. Dear Mr. Rogers collects the letters from children and their parents along with Mr. Rogers’ responses to the questions and concerns of his television friends. Sincerely believing that every child’s questions are important since they help to form their understanding of the world and prepare them for adulthood, Mr. Rogers never dismisses a question as silly. He answers each question with the simplicity and elegance typically found only in mathematical proofs, Mr. Rogers deals with weighty topics such as death, disease and divorce, as well as lighter topics including “In your younger years did you get a lot of chicks because you were Mister Rogers?” or does Mr. Rogers “poop.” Dear Mr. Rogers also features preaddressed stationery so young readers will better able to write this sage of Pittsburgh. With warmth and inspiration for parents and children, Dear Mr. Rogers offers a thoughtful perspective of childhood, parenting, and life in general. JAT

“Ripley’s Believe It or Not” occupies a warm spot in the heart of any connoisseur of the unusual. But even the most dedicated Ripley fan may not be aware that many of Ripley’s strips were drawn from photos. The authors have scoured the Ripley archives to reprint a few hundred of these immortal images, from the man who could lift his sister with one hand while balancing twelve cups of coffee in the other—on ice skates!—to photos of various incredibly rubber-limbed contortionists, premodern primitives, and the obligatory freaks of nature (you won’t believe the Chinese farmer with the horn!). JM

American values in Victorian times—the first Industrial Age culture to be mass produced—as told through their household furnishings. Explores the conflicts of that radically changing age as it was coded, commoditized and commercialized into the goods of the material world. “Culture pervades life in the form of things, behaviors, ideas, laws, morals and opinions. At its most effective, it is stealthy, lurking where we do not expect it… People in Victorian America were deeply conflicted over most of the central issues that occupy human societies—issues of power and power relations, the distribution of wealth and resources, gender roles and expectations… “
This moral ambivalence, especially toward nature, enters the Victorian vocabulary of design. Examines four major themes: entry hall styles (lots of mirrors, every hall an entry to a man’s Versailles); dining room furnishings (dining-room sideboards were often decorated with the spoils of human predation—hanging fowl, fishes and dead stags); framed mottoes (“Consider the Lilies,” “Touch Not, Taste Not, Handle Not,” etc.—”God Bless Our Home” was No. 1); and the exalted status of the parlor reed organ (the altar in a shrine to the conquering civilization). GR 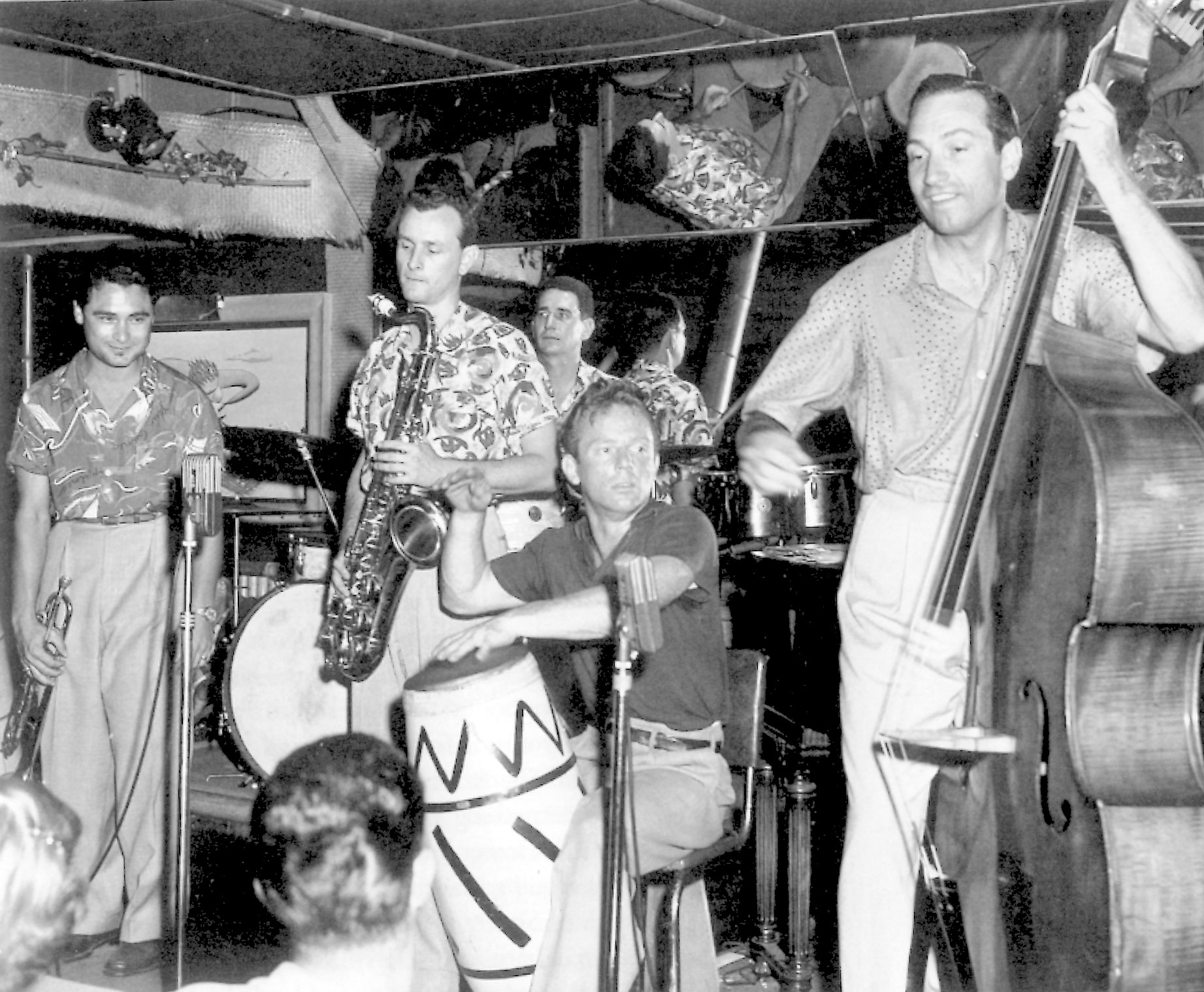 “This is not the book about Marvin Gaye that I had planned” is the opening line of Divided Soul, and it is easy to see why: More than any other figure in ‘60s soul music, Marvin Gaye played the tortured artist role to the hilt. In the process, he wound up making some of the best records to come out of Motown.
Gaye had originally thought of himself as a balladeer in the style of Nat “King” Cole. But rhythm and blues beckoned, and he found himself entering a world other than that of a supper club entertainer. He was absorbed into the machinery of Motown, and would have both commercial and artistic success recording for the legendary Detroit label. Although the Gaye of record was playful and sexy, his relationships were more often contests about control. Gaye’s creativity may have been vast and powerful, but so was his dark side. The fame and hedonism that success brings stood in dramatic counterpoint to the stern (even abusive) upbringing he experienced at the hands of his religious zealot father—who would eventually shoot and kill his famous son.
Divided Soul is valuable for a number of reasons, especially since it is one of the comparatively few in-depth bios we have about a major rhythm and blues star. Its depiction of early Motown is key to understanding that famous hit factory. Gaye’s life was a seesaw where extreme self-destruction sat across from vast creative resources. Ritz has done an admirable job of describing that conflict while not using sensationalism to undermine the role of music in Gaye’s life. SH

The actual life of the man that we know as Dr. Seuss was at least as interesting as anything ever concocted in his books. Born Theodore Geisel to a German immigrant brewer (and madcap inventor), he came of age in Springfield, Massachusetts, at a time when sentiments against immigrants, and Germans especially, were running high. The advent of Prohibition was jeopardizing the family’s resources at about the same time that he was starting college at Dartmouth. Snubbed by the fraternities, he set his sights on editing the campus humor magazine and became a college celebrity. In the process he formed friendships that would later serve him to advantage. He blundered his way into Oxford, met his first wife and hung out with the smart set of American expatriates in France in 1926.
What follows is an unimaginably charmed life. A cartoon published in a magazine which mentioned a certain brand of bug spray was spotted by the company owner’s wife at her hairdresser’s, leading to a lucrative 17-year advertising gig for Geisel. His first break into the book world came when he was asked to provide illustrations for a British collection of children’s sayings set to be published in America. His first solo book (Mulberry Street) had a painful six-month birthing in 1936 and was rejected by twenty-seven publishers. Geisel eventually published, but acclaim was slow in coming. During World War II, he landed in the Naval Intelligence unit working under Frank Capra. Soon he was writing scripts for military training films in Hollywood and meeting everybody who was anybody.
In 1957, The Cat In the Hat appeared with relatively little fanfare. (Geisel was already 53 by this point.) As teachers and librarians began denouncing his subversive influence, a generation of children were discovering a new way of learning to read. Geisel went on to champion the rights of children at a time before people seemed to know that they had any. He was by turns elusive, mischievous, private, social, reclusive, playful and eclectic. This book goes into enormous depth, utilizing full access to the Geisel archives. It is the sort of story that is so rich in detail and coincidence, luck and timing that were it fiction, it would seem utterly implausible. SA

Examines a little-charted period in Dutch design during the ‘20s and ‘30s. Getting a late start on Streamline, Dutch artists were nonetheless able to synthesize it with Cubist, Egyptian and Mayan forms. Creamy oranges, reds, yellows and earthy browns predominate the vibrant ads and posters; blues and greens are used as startling accents. Subjects range from industrial to glamorous to everyday, each image angled and thrust to portray maximum artistic impact. GR