When Roland Barthes wrote his groundbreaking Mythologies in the mid-’50s, the idea of turning loose the tools and techniques of philosophy on such things as wrestling matches and Citroën cars was still quite novel. Since then, not only has the once-dark continent of consumer culture been thoroughly illuminated by the searchlights of theory, it has internalized their glare, becoming itself a kind of self-consciously semiotic construction. In this collection of updated mythologies originally penned for the LA Weekly’s art column, Ralph Rugoff trains his sharp and incisive gaze upon those areas of everyday life where symbolism, design and aestheticization have completely displaced utility, and representation has come to precede the so-called real. A kind of dialectic is ventured between articles detailing the incursions of the new, and those more concerned with the disappearance of the old. For instance, the opening section on the West Coast proliferation of such postmodern hallucination engines as Sea World, Alpine Village and the Universal CityWalk, is followed by an appreciation of the few remaining signs of precisely the industrial culture these theme parks are busy supplanting. Above all, Rugoff appears to be fascinated with the increasingly pervasive cultural tendency or drive to somehow frame, remove and reproduce whatever might be considered significant experience. Appropriately, the subject of museology figures prominently in Circus Americanus, and it is explored through a series of highly pointed collections, assembled around such men as Richard Nixon, Liberace, Gene Autry and L. Ron Hubbard. Other topics of interest are nudist magazines, cosmetic surgery and forensic photography. An article on the Mexican art/sport of lucha libre declares the abiding influence of Barthes’ pop semiotic, but from there on in, Rugoff is alone in his Brave New World of mini-golf courses and thematic funeral homes. JT

Lanza’s Elevator Music was an appropriately quirky and hypnotic history spiraling from Orpheus to Brigadier General George Owen Squier to Angelo Badalamenti. The Cocktail is also like its namesake: a pleasant, glittery prelude to more substantial fare, such as Barnaby Conrad III’s Absinthe.
Here the author glances at many etymologies for “cocktail” (ranging from a salute to the feather in George Washington’s hat to a “cock’s ale” made from raisins, mace, cloves, ale and the blood of the losing contestant in a cock fight!) before lounging into a medley of liquor-related topics: speakeasies, crooners, and glamorous pre-A.A. dipsophiliacs. The author eschews detail in favor of color and sweeping strokes. His account of the temperance movement’s poisonous blossoming into full-tilt Prohibition is particularly interesting, given today’s promiscuous political liaisons between liberal and fundamentalist elements with a common penchant for anti-glamour legislation. Also charming are descriptions of famous watering holes past, and some present: the flapper-era El Fey in New York, Hollywood’s original Brown Derby, Trader Vic’s and present-day New York’s refurbished Royalton. The last chapter summarizes the Cocktail Renaissance, providing an enticing apéritif to further investigations in lounge aesthetics. RP

This is a sort of class yearbook for people who are REALLY INTO comics. The year is 1993. The “superstars” include writers, pencillers, inkers, painters, letterers and colorists who helped create what the editors of this volume determined to be “comics which received wide potential distribution.” The other main criterion for inclusion was whether or not the many people who had been contacted had returned a form sent by the editor. This form included basic stuff like contact address, education and projects they had worked on. It also included a section on “dream projects.” Reading the answers to this query really makes one aware of just how INTO comics you have to be to appreciate this book at face value. The most peculiar aspect to the whole project is that the only index in the book lists the superstars by their birthdays. For the reader who isn’t fanatical about comics, this book provides a scary glimpse at the hard-working people behind the scenes who probably won’t get another 15 minutes like this. SA

The Master speaks. Famed for the freewheeling Spirit comic, Eisner has spent decades pushing sequential storytelling to the max. This book is based on a popular course he taught at New York’s School of Visual Art. Chapters cover imagery, timing, the frame, expressive anatomy, writing and more, with all illustrations by Eisner himself. “Ideas, theories, and advice on the practice of graphic storytelling.” Works for anyone trying to write a movie as well. GR

“At the start of the 1950s Physique Pictorial was the first men’s magazine to publish photos of naked men for their own sake. The uncompromising nature of these photographs of flawless bodies, produced solely for the pleasure of the beholder, had not been witnessed since the fall of Rome. In the 1950s this was something new and extremely radical; although neither prick nor pubic hair were on view directly in the early years, the pictures left nothing to the imagination in terms of homoerotic splendor.” The packaging of this three-volume collection (a complete reprint of the magazine’s entire run from 1951 to 1990) surpasses even the supreme level of mouth-watering, glossy perfection that art lovers have come to expect from Taschen. The volumes are bound in bubblegum-pink covers in a matching slipcase that features wraparound images of those fun-loving Tom of Finland hunks er, hanging out. The whole package is so sublime, just looking at it there in its neat, squat box is the equivalent of sticking four juicy pieces of Bubble Yum in your mouth at once. MH

Polish graphic artists are slightly mad, judging from the 46 plates in this book (dating from 1961 to ’77). And they’re brilliant enough to have the Muzeum Plakatu, near Warsaw, dedicated to their work. Bold colors, punchy dynamics, hand lettering and symbolic use of human body parts characterize the painterly Polish style. Some trends are evident: a whimsical trace of Surrealism à la Monty Python, a bright grasp of contemporary Pop Art; and a visceral feel for Dadaesque Psychedelia, a subversive quality not found in the American Fillmore posters of the same era. GR

“This book can render a general service here, since by definition it has singled out the names from the words, the people from the places.” In Corporate Eponomy, one finds listed the many names of inventors and entrepreneurs who have come to the United States to profit from the experience and expertise of the land of consumerism. The book is filled with mini-biographies of founders of companies whose names became infamous in the corporate world. Names of British origin dominate the book although there are many continental European and Asian names too. The aim of the book is to give insight “into who those people were.” Included are: Campbell; Du Pont; Harper and Row; Schwepp; Sally Line, of Finland; Smirnoff, of Russia; Cartier, of France; Hasselblad, of Sweden; Honda, of Japan. OAA

“This chronicle of the club that met international acclaim in the roaring ‘20s and hard-luck ‘30s includes unromantic details regarding the mobsters who ran it, the African-American talent that made it famous and exciting, and the troubles that brought it to a close. Harlem in its heyday was a mecca for entertainment, for both blacks and whites—the blacks who were to entertain, and the whites who were invited to be entertained. While the attention the Cotton Club brought to Harlem might have been short-lived, the stardom it brought to its talent would last longer than lifetimes.”
Accurate and filled with dozens of photos, The Cotton Club returns us to an era that has too easily been forgotten. Entertainers today lack a nucleus such as the Cotton Club—a focus for overwhelming talent that challenged the racial status quo. We shall never see the likes of such legends again, raw and multidimensional. This book commemorates this bygone era and the greatest talent ever to have lived, created and performed in the U.S. OAA

Yowser! Yowser! “The colorful, if bizarre, story” of a phenomenally popular fad that magnetized the American public in the ‘20s and ‘30s, in which two-person teams were incarcerated for weeks at a time, deprived of sleep, and forced to run and walk daily in oddball races until they dropped—winner take all. “‘A Poor Man’s Nightclub,’ dance marathons were the dog-end of American show business, a bastard form of entertainment which borrowed from vaudeville, burlesque, nightclub acts and sports. What began as a craze soon developed into a money-making business which lasted thirty years… Dance marathons held a particular fascination for Americans since they projected traits and values pervasive in America then and now… [They] mirrored the sham side of American culture, its commercialism and opportunism.” This merry madness inspired Horace McCoy’s pulp classic They Shoot Horses, Don’t They? GR 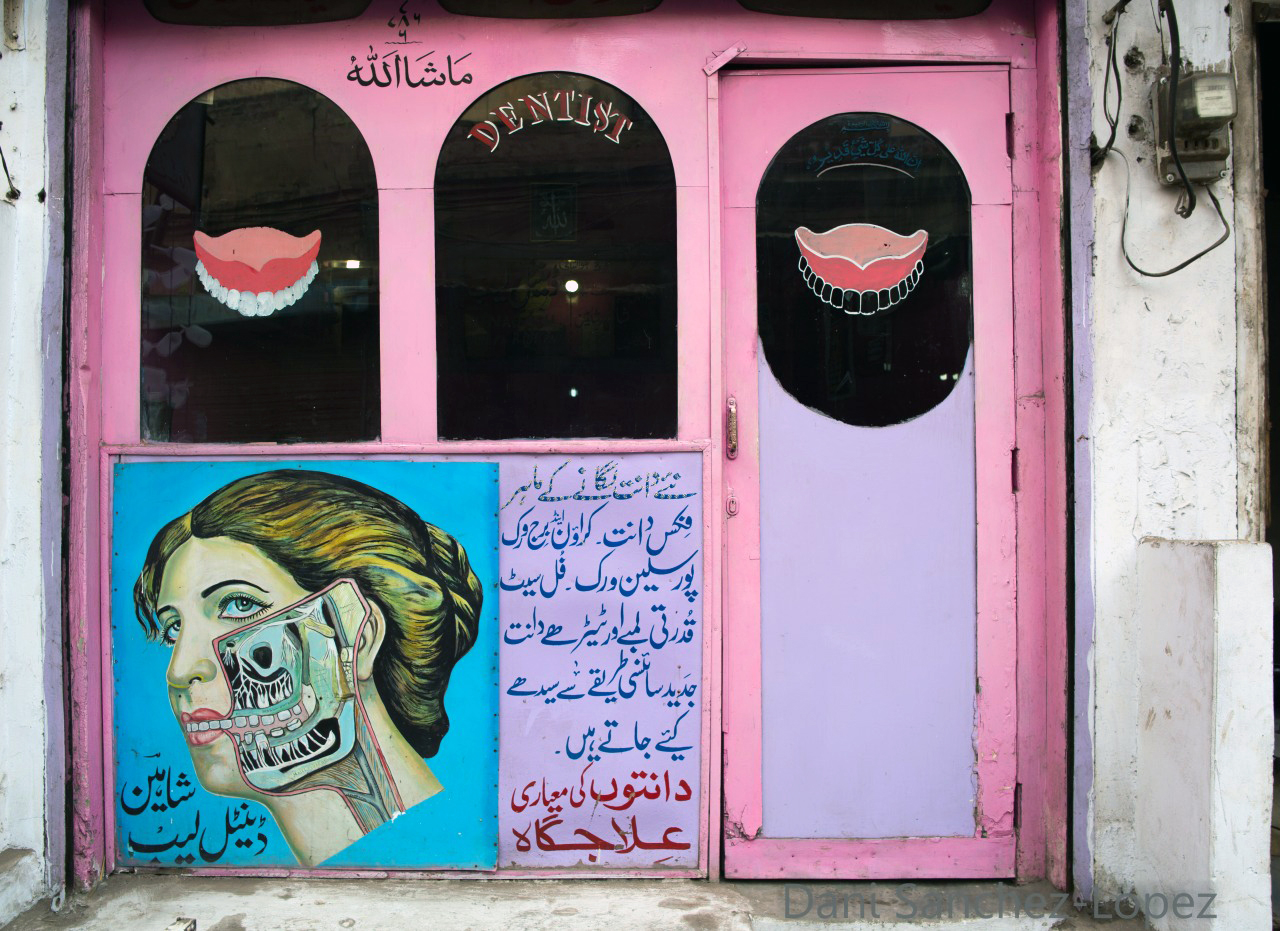 There was a familiar character at almost every high school. She seemed a little odd, was cute in a way that seemed a little off and exuded an exotic sense of mystery. (Winona Ryder played her in the movie Heathers.) Now imagine that she just invited you over for a (platonic) sleep-over. This book is the stuff she’d tell you about at one o’clock in the morning.
Lisa Carver is a unique American voice. She is guileless, honest to a fault and willing to say a lot of things that most people are afraid to think. She puts a glamorous spin on white trash. She has erotic fantasies about killer bears, sadistic beauticians, Russian leaders and gynecological exams. She makes Harlequin romances sound respectable. Victoria Holt, Victor Hugo, Judith Krantz and the Brontës fed through the filter of her fertile imagination not only blur the lines between high and low art, they blast them clean away. Lawrence Welk becomes more valid than Fellini in a very convincing discourse. “Like Hitler, Walt Disney and Henry Ford, Lawrence Welk was one of the astonishing men of our century who made his private dream a reality for everybody.” If Andy Warhol were still alive, she’d be his new favorite person. One can just hear him cooing, “She’s soooooooo modern!” SA