“I started Rollerderby in 1990, and I’m not sure why. When a magazine editor is asked what their influences were, they usually list a bunch of other magazines. But, as far as I know, there were no other magazines like Rollerderby before Rollerderby. My influences are just being female (thus I am confessional, plain-speaking, nosy, laugh hysterically much more often than a man would, and have a hard time sticking to one topic) and being fortunate enough to be the rulingest sign of the zodiac—the sneaky, sex-obsessed Scorpio.”
What can you say about a magazine where young women are reviewing their cats (actual feline pets) on one page and conducting a lucid and intelligent interview with Boyd Rice on the next? (Screw magazine noted its: “psychotic charm”). Anything seems possible in the unique and utterly unusual world of Lisa Carver. She writes about whatever damn well pleases her, and it’s usually a lot of fun to read about, however unpromising the topic. Perhaps a list of sample Rollerderby topics might speak best. These are just some of the highlights: Glen Meadmore and Vaginal Davis, Psychodrama, Boss Hog, “They’re Sexy, They’re Old, They’re Men” (William Burroughs, Joseph Biden and Eddie Money!), “On Killing Yourself”, “On Being a Teen Prostitute,” Matt Jasper on Richard Rand, Yamatsuka Eye, GG Allin, loss-of-virginity stories, Royal Trux, Dame D’Arcy, Cindy Dall, “I had psoriasis,” “horse girls” and “How Did You Find Out About Sex?” SA

An ode to the Mother Road. Its birth, the people, the towns and the boom-time it created. “The miracle was not the automobile. The miracle of the early 20th century was the construction of the vast network of highways that gave automobiles someplace to go.” It didn’t hurt that the black ribbon slashed from East to West, the direction America was hankering to travel. Retirees to the Golden West for their health. Okies to California for jobs. WW II vets to Los Angeles to settle down. Black-and-white illustrations include architectural curiosities like Wigwam Village (1946), the Uranium Cafe (1955), the Coral Court Motel (1940) and the U-Drop Inn (1936). GR

The author, a professor of music at Dartmouth College and “professional musician who has played with metal bands,” applies both analytical music theory and academic critical theory to the Spinal Tap realm of Metal. He is actually very insightful in his intellectual take on Metal music and culture, but the ultimately ridiculous nature of his quest makes for an astounding read. Examples abound: “‘Runnin’ with the Devil’ makes its Aeolian basis clear immediately. Over a pulsing pedal E in the bass, guitar chords move from C to a suspended D, then finally resolve to the tonic E. This is the VI-VII-I harmonic progression discussed by Wolf Marshall; its affective character is discursively coded as aggressive and defiant (in part of its difference from the tonal syntactical norms that underlie other popular music).” Rock on! SS

Scott Walker is a man of brooding mystery, and more than likely even a mystery to himself. This biography captures the swinging London of the early and mid-‘60s, but has a hard time focusing on Scott Walker’s demons and delights. What we do know is that in the era of Jimi Hendrix and the Beatles, Walker had a fixation on middle-of-the-road crooner Jack Jones, and an intense love for Belgian singer-songwriter Jacques Brel. The combination of these two musical models with a splash of Phil Spector was the basis of the music of the Walker Brothers and the brooding sound of Scott as a solo artist.
Walker is interesting in that he was and remains a man out of sync with musical fashion—too brooding for the groovy ‘60s, too non-pop for the ‘80s, and too abstract (Tilt) for the ‘90s. His hatred and fear of fame, his work methods, and his suicide attempt are all documented in these pages. TB

Don’t watch that—watch this! Escaping from bank vaults, popping out of jails, walking through brick walls, making elephants vanish, escaping from crates underwater and writhing free of straitjackets are the legendary illusions of Harry Houdini (alias Ehrich Weiss). “So fantastic were his tricks that many thought him to be supernatural, a mystic, and an amazing spiritualist.” But Houdini was just another dapper con-man, adept at swallowing keys and sliding open invisible panels. “Exposing his closely kept professional secrets, and revealing in general terms the whole art of stage magic, this book is now considered a classic study of Houdini’s strange deceptions.” Plus how to accomplish dozens of other famous magic tricks and stage illusions. First published in 1931. GR

Original writings from (and about) the Pop decade. Calvin Tomkins in “Raggedy Andy,” 1976: “Andy called up Charles Lisanby one day in l962. ‘Listen,’ he said, ‘There’s something new we’re starting. It’s called Pop Art, and you better get in on it because you can do it, too.’ Lisanby thought Andy was putting him on. Oddly enough, the whole thing happened so fast that Andy himself almost didn’t get in on it.” Warren Hinckle in Ramparts, 1967: “Dr. Leary claims to have launched the first indigenous religion in America. That may very well be, though as a religious leader he is Aimee Semple McPherson in drag. Dr. Leary, who identifies himself as a ‘prophet,’ recently played the Bay Area in his LSD road show, where he sold $4 seats to lots of squares but few hippies (Dr. Leary’s pitch is to the straight world), showed a Technicolor movie billed as simulating an LSD experience (it was big on close-ups of enlarged blood vessels), burned incense, dressed like a holy man in white cotton pajamas, and told everybody to ‘turn on, tune in, and drop out.’” Albert Goldman, New American Review No. 3, 1968: “A discotheque like the Electric Circus is a votive temple to the electronic muse, crammed with offerings from all her devotees. The patterns on the wall derive from Pop and Op Art; the circus acts are Dada and camp; the costumes of the dancers are Mod and hippie; the technology is the most successful realization to date-of the ideal of ‘art and engineering’; the milieu as a whole is psychedelic, and the discotheque is itself a prime example of mixed-media or total-environment art.” Plus Tom Wolfe on “The Girl of the Year,” Eldridge Cleaver from Soul on Ice, Susan Sontag on “One Culture and the New Sensibility,” R.D. Laing from The Politics of Experience, Marshall McLuhan from Understanding Media: The Extensions of Man, and Pauline Kael on Bonnie and Clyde. Read it quick, though, Oliver Stone has almost sucked it dry. GR

“Sleazy Business is an attempt to cover all known exploitation tabloids of the years 1959-1974 and show a sampling of their representative covers, along with a bit of history and an evaluation of each title. Few people realize the number, the style and the content of these numerous papers as few examples exist today. It is true that these tabloids, published some 20 to 30 years ago, were more explicit and graphic than just about anything mass marketed today, and they remain an important part of exploitation publishing history.”
These publishers seem to cater to the collectible paper market, and seem to know about every obscure title’s history and have a lurid example of each. Since the tabs were often regional, printed on the cheap and considered disposable, this is a truly impressive collection. The bulk of the book consists of several cover pages from each tabloid. The introduction is a well-written overview of the circumstances that helped these publications flourish. SA 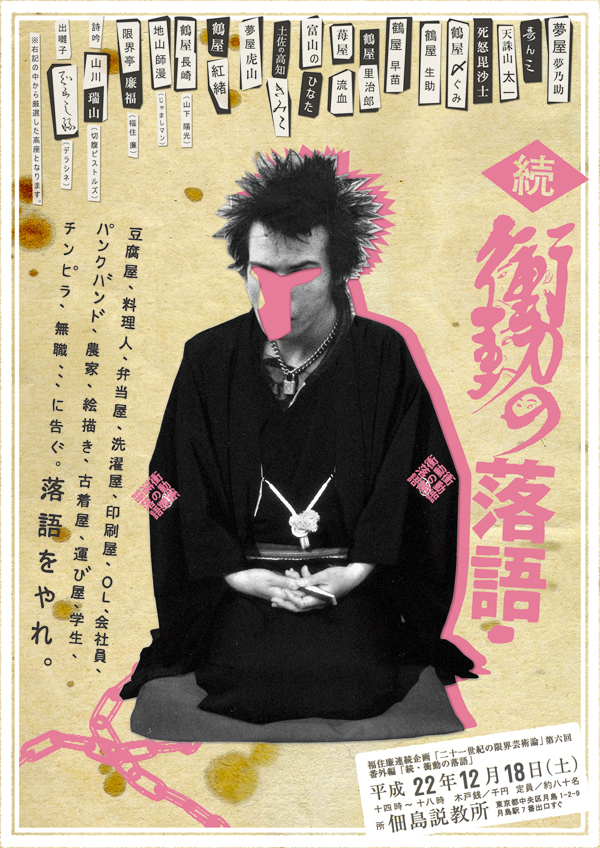 Offering encapsulated enchantment, snowdomes have provided a microcosm of the world as we knew it, or as we dreamed it could be. Snowdomes provides a charmed overview of the history and art, be it high or low, of this cultural fixture. Virtually anything can be depicted, celebrated or denigrated within the tidy confines of the snowdome. The introduction provides a brief, fact-filled history of snowdomes, from their first sightings in Paris in the 1870s to the German masters to their entry into the North American market.
Interesting facts revealed within this text are that some manufacturers use bone chips as snow and that many domes add antifreeze to the water to prevent freezing during shipping. Also noted is an episode in which the U.S. government imposed an embargo on snowdomes imported from Hong Kong during the 1960s when it was discovered that untreated and highly-polluted water directly from Hong Kong’s harbor was used to fill these domes.
In 95 full-color pages, Snowdomes depicts approximately 400 different snowdomes in all their glory. The domes are organized thematically: famous sights, advertising, special events, Christmas, the world at war, animals, childhood themes and more. An especially fine section is devoted to religious-themed snowdomes, which provide a virtual Bible under glass. Especially notable are a Dadaesque eye snowdome and one featuring a rooster atop a base which reads: “Nicarbazin Can Cut Mortality to Zero.” JAT

Some serious lapses in judgment (or taste?) here, like why are people like Hall and Oates and Mariah Carey included while Rotary Connection and the Three Degrees are missing? And most of the pictures suck, but it’s well written, and there’s some good dirt. Did you know that low-down Miss Millie Jackson ran away from home at 14 and worked as a “model” (read: HO!) in New York? MG

Was Hawkwind the first “space rock” band? Twink, part-time drummer for both the Pink Fairies and Hawkwind, says it was the Pink Fairies. In any case, both bands blazed the space-rock trail. The Round House, a disused railway station in North London was the birthplace of space rock, and Hawkwind played at many huge “happenings” there. This book follows the band’s many member changes, ongoing live shows, influence on a flood of space bands (including Syd Barrett’s Pink Floyd with “Instellar Overdrive”) and discusses questions about atmosphere, lyrics and what qualifies as space rock. Other bands and their influences on space rock and ambient music are mentioned as well: Amon Düül, Gong, Can, Neu!, Kraftwerk, Roxy Music, Eno, Legendary Pink Dots, to name but a few. The book ends up with a discussion of current space projects such as new Hawkwind/Nik Turner solo projects and Steve Hillage from Gong, and his involvement with The Orb. Includes a huge discography. DW