With a foreword by none other than Dick Dale. Crammed with black-and-white photos of 45 rpm record labels and LP covers circa 1961 to 1965, and lots of posters too. Discover bands with names like: Bobsled and the Toboggans, Surf Bunnies, Eddie and the Showmen, Goldfinger Girls, the Daiquiris, etc. Lists hundreds of bands with a paragraph or so about the outstanding ones (marked by a little surfboard icon). Index alone is 50 pages. DW

“The wildest, weirdest, sexiest mass-market magazines ever published. This illustrated price guide covers the golden age, the quarter century starting with the end of WW II and stopping at the end of the sensational ‘60s. More than a price guide, this book is a road map to what was published and when. Includes 500 titles and almost 500 photos.”

Indulge in bittersweet reverie, wading through the past with embittered vinyl freaks who have turned their proud backs on the pedestrian Digital Present. Once you get past a two-page discussion with Jello Biafra about holes in the ozone layer, Volume 2 begins to cook with his erudite look at the worldwide psych-ploitation phenomenon, including the racy recording past of former California Lt. Gov. Mike Curb. There are also scores of lesser-known collectors rhapsodizing over obscure [and sometimes less so] audio curios. One bizarre example is the Episcopalian minister who discusses the “blue comedy” records of Rudy Ray Moore [actually the raunchiest shit ever set to vinyl!]. Sadly, Incredibly Strange Music can sometimes confirm one’s most drastic suspicions about the dearth of originality in music today. SS/MG

Indulge in bittersweet reverie, wading through the past with embittered vinyl freaks who have turned their proud backs on the pedestrian Digital Present. This two-volume survey is at its best when the creators of this diverse music speak for themselves as when moogmeister Jean-Jacques Perrey shares his life story and philosophy [translated from French]; Rusty Warren recounts her antics as a gorgonesque sex-lib comedienne of the cocktail era who made a fortune off of tit fetish humor [“knockers up, gals!!”]; Bebe Barron [co-composer of the Forbidden Planet soundtrack] recaptures the lost era when avant-garde and fun could be vaguely synonymous; Eartha Kitt reveals how she forged her Black-woman-as-human-sex-panther persona into a six-decades-long showbiz career and partied with the likes of Orson Welles, Ernest Hemingway, and Marlene Dietrich as part of the international jet set; and Mexican hi-fi-arranger-extraordinaire Esquivel brings back to life his flamboyant ‘60s floor show; not to mention interviews with the exotica demigods Martin Denny and the metaphysical, turbaned organist Korla Pandit.
Also figuring prominently are such contemporary collector/cult figures as Lypsinka, whose act could convert anyone into a show-tune queen; and the Cramps, who recount hilarious record-finding exploits in the basements and back rooms of overweight drunks and semiliterate crackers all over America. SS/MG

The Project on Disney
If everybody at Disney World is enjoying themselves, why is nobody smiling?
Duke University’s Project on Disney sets out to answer this and other questions Mickey would rather leave unanswered, including the risks of being Goofy: “It’s unclear how many of the Disney characters pass out on a given summer day, though everyone is sure that they do. One man reports that during the summer a goodly part of his job is devoted to driving around, retrieving characters where they fall. One day he picked up three at one stop—Donald, Mickey, and Goofy: ‘All of them had passed out within five minutes of each other. They were just lined up on the sidewalk.’ This is in EPCOT which, unlike the Magic Kingdom with its system of underground tunnels, has a backstage behind the façades of the park’s various attractions to which the characters can escape if they have to. If they are in the Magic Kingdom, however, or on a parade float, they must simply ride it out or wait until they’ve recovered enough to walk to a tunnel entrance in costume and under their own steam. This can get a bit dicey. Passing out is sometimes prefaced by (and probably directly caused by) throwing up inside the costumes, which cannot be removed until out of the public view: ‘You’re never to be seen in a costume without your head, ever. It was automatic dismissal. It’s frightening because you can die on your own regurgitation when you can’t keep out of it. I’ll never forget Dumbo—it was coming out of the mouth during the parade. You have a little screen over the mouth. It was horrible. And I made $4.55 an hour.’” NN

What came from Memphis? Rock ‘n’ Roll! Here Robert Gordon paints a fascinating portrait of the city and the scene that many consider to be the veritable Ground Zero of the rock ‘n’ roll explosion. Despite the best efforts of Jim Crow, Memphis was the steaming cauldron where Black met White.
It was in Memphis that the thumping Delta blues of Muddy Waters, B. B. King and Howlin’ Wolf blasted from the juke joints and melded with the twangy, country pickin’ of Bill Monroe, Hank Williams, Lefty Frizzel and the Grand Ole Opry. A prolific cradle of musical talent, Memphis not only spawned Sam Phillips, Sun Records and Elvis Presley but produced the Mar-Keys, Booker T., Isaac Hayes and the whole swingin’ ‘60’s assault of the Stax/Volt sound. Memphis continues to cast its shadow over contemporary alternative rock through the work of legendary producer Jim Dickinson as well as Alex Chilton, once the teenaged singer of the Box Tops, whose later records would greatly influence many. AD

Unlike Adolf Hitler, who tossed Modernism out of Germany, Benito Mussolini embraced the style, seeing its vigorous streamlining as an ideal propaganda vehicle for Fascism. “In 1921, 30 percent of all Italians were illiterate, and graphic images were the best way of addressing them. Mussolini saw Italians as ‘political consumers,’ and as Fascism’s ‘creative director’ he controlled their behavior through slogans and symbols.” When not working for the state, graphic artists were busy making up for lost time, since 19th-century romantic illustration held on in Italy to the bitter end. The Modern style they developed was poetic and allegorical—one didn’t sell a car, but the concept of speed. The results were lively and full of celebration, rendered dramatically in soft-shaded posters and advertisements. And, oh, mechanical rows of soldiers and flocking warplanes for Il Duce. GR

Japanese pop culture has always borrowed liberally from its American counterpart—and often with hilarious results. The author went on a shopping spree and turned up a whole bunch of stuff no American would want to eat or drink. So we are best to be merry about what they call their stuff. A cigarette called “Hope”? Condoms packaged by blood type? “Cow Brand” beauty soap?
It’s all here, along with many more products whose names and applications should force thinking Americans to ask the hard question: What have we inflicted of ourselves on the international Elsewhere? Japanese Jive will surely cause sleepless nights for anyone trying to answer that one. SH 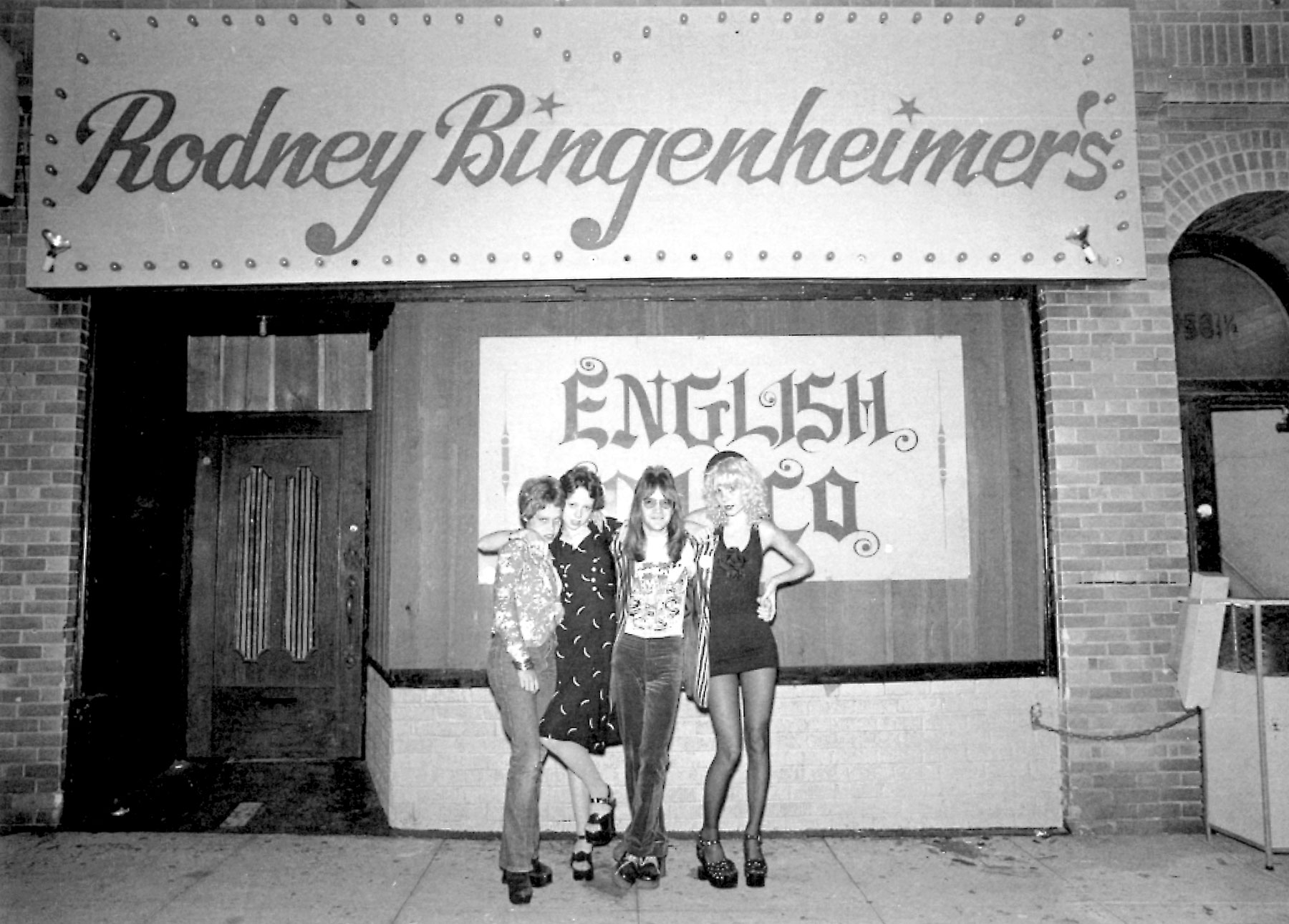 Taken as a companion piece to Japanese Jive, this volume gives the English-speaking person a little too much cultural ammunition on the next trip to Tokyo. Insults, parts of anatomy and hipsterisms are explained in terms of each word’s history, its region of origin, context (how the expression for “coitus interruptus” differs from the command “stop fucking me!”), and sociologically (who actually says this stuff). Each expression is accompanied by a little essay that should shed further light on not just the word but at whose dinner party one should not say it. A fine, sleazy little read. SH

Two of the leading Western authorities on Japanese culture-Japanese film expert Donald Richie, who wrote the text, and Behind the Mask author Ian Buruma, who took the photographs—have collaborated on this scholarly, almost anthropological look at Japanese tattooing. Richie’s text covers the history of Japanese tattooing, its iconography, social significance (are all tattooed Japanese Yakuza?), the influence of woodblock prints, tattooing techniques, and “a frank discussion of its sociosexual implications.” Buruma was able to shoot his photos only after obtaining the trust of the hermetic world of Japanese tattoo artists. SS