Examines America’s unique First Amendment protection of “even the most offensive forms of expression: racial slurs, hateful religious propaganda, and cross burning… from the conflicts over the Ku Klux Klan in the 1920s and American Nazi groups in the 1930s, to the famous Skokie episode in 1977-78, and the campus culture wars of the 1990s. The author argues that the civil rights movement played a central role in developing this country’s strong free speech tradition.” In fact, the American Civil Liberties Union (ACLU) rose out of the first political and legal clash over free speech/hate speech rights in the ‘20s. GR

“The historical evidence for unicorns still firmly stands—because THE LORD GOD SAYS SO! THE HOLY BIBLE SAYS SO! THE ANCIENT MONUMENTS SAY SO!”
From this endearing premise Radka builds an unshakable case. “Many printed authorities tend to evade—or even outright deny—the proof of their existence,” he notes, and this baffling situation has led him to demonstrate that unicorns are real because unicorns are real—so there. It’s hard to argue with the perfection of this logic; easier, in fact, to imagine that the world is round. Clearly unfamiliar with such non-biblical concepts as myth, legend or metaphor, Radka takes as hard fact any mention in any culture of the fabulous beast. His chapter on “Current Evidence” purports to show that unicorns exist today; by “current,” however, he means 1486. Radka does, however, offer as evidence a badly reproduced photograph of a freak sheep. JW

A classic piece of social history. The story of the forced removal, and incarceration, of the Japanese-American population during World War II. Details not only the concentration camp in Pomona, Calif. but the whole strategy of dominance employed and the attempted destruction of an ethnic community. AK

The man with the little mustache is profiled by the minutiae of his earthly existence. Chapter titles include “Hitler’s Women,” “Hitler’s Diet,” “Hitler’s Horoscope,” “I Was Hitler’s Dentist,” “Hitler Laughs,” and “Why Didn’t Somebody Kill Him?” There’s still lots to learn about Germany’s Swastika Prince. His real name wasn’t Shickelgruber. He farted quite often in the presence of guests. He popped amphetamine capsules eight times a day. His mother’s portrait hung over his bed. He put seven teaspoons of sugar in his tea. He stayed mostly indoors to avoid “fresh-air poisoning.” He administered his own enemas. He sucked his fingers and chewed his nails. He said the Volkswagen “should look like a beetle. “ He commissioned pornographic films for his private viewing. He gave Henry Ford a medal for being a foreign friend of the Reich. GR

Michael Hoffman is an interesting fellow—a self-described white separatist, Fortean, Holocaust revisionist and anti-Masonic researcher. He has also been a stringer for AP and news editor and radio commentator for WEOS-FM. It is hard to dismiss him as a simple bigot. He is obviously highly intelligent and very literate, if pedantic. He has his own world view that he has been sharing over the years in his sometimes interesting and always high-priced newsletters.
This is a complete collection of his newsletters from 1987 through 1995. Hoffman is his least interesting when he is discussing race issues. He obviously has an ax to grind, but it reads like the editorial page of your local paper. And considering that he is often opining on current events, it’s like reading yesterday’s paper. More interesting is his historical research: he is dedicated to revealing the hidden history of white slavery in America. Although his research into this subject has gained him some positive attention from some mainstream historians, one doubts that this is true of his other historical interest—the denial of the reality of the Holocaust. Hoffman once worked for the infamous Institute for Historical Review. Jabs at the Holocaust, which run throughout the newsletters, are sure to offend many.
Hoffman’s exposé of the “psychodrama,” the molding of major events to enact Masonic rituals, is the most interesting thread running through the newsletters. Apparently he thinks that some of the major events of recent history have been adulterated with Masonic symbolism in order to cause some kind of change in mass society. This happens in such a way that the ritual is obvious to the Mason/Controllers (and people like Hoffman) and has a kind of subliminal effect on the public at large. “Dismiss me as a tree-hugger or a kook, as you like. But you’ll never dismiss the fact that three days after the U.S. started the war on Iraq, NASA turned the sky red over America. Canisters of barium were released in the air to achieve this awesome blood effect necessary to the pageantry of the alchemical show through which we are processed mentally and spiritually. On February 4, 14 bald eagles were ceremonially slaughtered in Oklahoma, in the heartland, their feet chopped off. The bald eagle is the national symbol of America. Must I spell it out for you? P-s-y-c-h-o-d-r-a-m-a; and on a huge scale here in the funhouse, where the real game is several magnitudes above the suit-and-tie talking heads.” TC

A social history of how the Irish strategically assimilated themselves as “whites” in America. Through examining the connections between concepts of race, acts of oppression and social position, Ignatiev traces the violent history of Irish-American and African-American relations in the 19th century and the ways in which the Irish used labor unions, the Catholic Church and the Democratic Party to help gain themselves a secure place in the “White Republic.” Further, he examines and challenges both the Irish tradition of labor protest and the Irish role in the wave of anti-Negro violence that swept the country in the 1830s and 1840s. The study concludes with a compelling recounting of the roles of northeastern urban politicians in the Irish triumph over nativism, a victory which allowed them entry into the “white race.” A highly readable and scholarly polemic against traditional conceptions of race as well as a compelling meditation on the sources of racial antipathy, How the Irish Became White is necessary reading for anyone interested in the American history of race and class. MDG

“In 1976, Rolling Stone magazine ran a lengthy exposé of Nixon’s connections with the CIA, the Howard Hughes Organization, and Meyer Lansky’s syndicate. This key article exposes Nixon’s involvement with Cuban gambling casinos and the $100,000 bribe he received from Howard Hughes. Here’s the secret story of the president who was the Mafia’s best friend.” 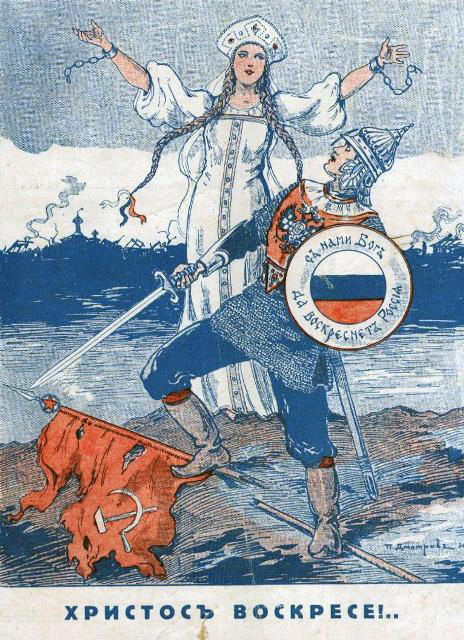 Incredibly dense condensation of the gamut of conspiracy theories circa 1978 (that means no UFO/Area 51/secret bases). Inspired by Robert Anton Wilson’s Illuminatus! trilogy, The Illuminoids takes the Illuminati out of the fictional context and back into the realm of speculative history, this time without the stridency of the “true believer.” Part One is an entertaining and fact-filled recounting of the origins of the Bavarian Illuminati covering Adam Weishaupt, the Freemasons, Cagliostro, the French Enlightenment, the Founding Fathers, and on up to those busy bankers the Rothschilds, Rockefellers and Warburgs. Part Two is an equally dense chronology which runs from the birth of Voltaire and the founding of the Bank of England all the way up to the Gemstone File, the Bilderberg Conference, the SLA, and the attempted assassination of Larry Flynt. Part Three covers source materials, many possibly out-of-date. SS

A post-Spenglerian revamping of history… Yockey resigned in disgust from the Nuremberg war-crimes tribunal to write Imperium in 1948. He was arrested by the State Department on his return to the U.S. and found dead in his cell 11 days later. SS

“These two lectures, delivered at the University of Michigan in the spring of 1995, challenge the claims of contemporary right-wing historians that the demise of the Soviet Union proved (1) that the October Revolution was nothing more than a putsch that lacked significant popular support; (2) that any effort to create a socialist society is doomed to failure; and (3) that the capitalist market is the only viable basis for human existence.”