In its long history as a federal prison, many inmates had attempted to escape from Alcatraz, the island located in San Francisco Bay, named by the Spaniards for the seagulls who inhabit it. In 1969, however, a group of Native Americans, in an effort to focus the nation’s attention on the injustices dealt them in the past and present by the American government, landed on the then-abandoned island and claimed it for their people. The occupation went on for 19 long months, with the help of countless sympathizers who ferried supplies and people back and forth to the mainland. Adam Fortunate Eagle chronicles the events leading up to that audacious act as well as the day-to-day lives of those who lived on the island and the aftermath of the eventual forced evacuation of the protesters by federal authorities. With photographs by German-born Ilka Hartmann, Alcatraz! Alcatraz! stands as an important document of the continuing struggle of Native Americans to get their due from the invading empire known as America. AS

On August 21, 1992, a six-man team from the Special Operations Group of the U.S. Marshall’s Service descended upon Randy Weaver’s 20-acre farm known as Ruby Ridge. Within 36 hours, Weaver’s dog was crushed into a pancake form, his son was killed, and his wife was shot down in the doorway of their home while holding their 10-month-old baby. For some reason or other, Weaver went berserk and the situation precipitated a military build-up consisting of a large array of assault vehicles and over 400 heavily armed men who eventually took Randy Weaver into custody. Weaver later wrote his impression of the outbreak of hostilities: “When I reached the first fork in the logging road, a very well-camouflaged person yelled, “Freeze, Randy!’’ I immediately said, “Fuck you,” and retreated 80 to 100 feet toward home. I realized immediately that we had run smack into a ZOG [Zionist Occupational Government]/New World Order ambush.” JB

“It has long been taken for granted that the first European visitors to American shores either sailed with Columbus in 1492 or with Norsemen like Leif Erikson a full five centuries earlier… Now Harvard professor Barry Fell has uncovered evidence… to replace those legends with myth-shattering fact. Illuminating, authoritative and enhanced with over 100 pictures, America B.C. describes ancient European temple inscriptions from New England and the Midwest that date as far back as 800 B.C. Professor Fell examines the phallic and other sexually oriented structures, found in our own country, that reveal the beliefs of ancient Celtic fertility cults—cults that were virtually destroyed in Europe in early Christian times. Further evidence has been found in the tombs of kings and chiefs, in the form of steles—written testimonies of grief carved in stone.”

“A chilling tale of what can eventually occur in this country. The cold war is over. America remains the world political leader. Now the battle begins again within our own borders. Is it racial or political? Whatever the reason, every gang, mob, hate group, Klan and cult member in the nation is involved while mainstream America is caught in the crossfire. Inevitably a civil war ruptures on the hostile city streets. This electrifying story will shock readers into evaluating the future of our society.”

“Historian, visual artist and radio host Robert Hieronimus is one of the country’s top experts on the American Great Seal and has shared his research with such world leaders as Egyptian President Anwar el-Sadat… Long before Christopher Columbus discovered America, the Iroquois had established their own League of Nations. We now know that the principles upon which their federation was founded directly influenced the drafting of the United States Constitution. It is also certain that the design of our nation’s Great Seal, depicting a pyramid and an eye in the triangle, is a blueprint of America’s future as envisioned by our founding fathers… showing how a spiritual vision of America’s future was set forth in our most significant national documents and symbols.”

Two liberal researchers do their level best to separate the left-wing nuts and the right-wing nuts that keep our country’s paranoia and misinformation flying. Hard Left, old and new: the Socialist Workers Party, Communist Party USA, Students for a Democratic Society, the Black Panther Party. Hard Right: the John Birch Society (“A plot to sell books?”), the Christian Right, the militias, the Nation of Islam, the KKK, neo-Nazis (“assorted”), and the Jewish Defense League. “What sort of radical groups exist? What do they want and what are they willing to do to accomplish their goals? How serious is the danger?” Or are they only 10 percent committed and 90 percent “cowards, dopes, nuts, one-track minds, blabbermouths, boobs, incurable tight-wads and—worst of all—hobbyists: people who have to enjoy a perverted, masochistic pleasure in telling each other forever how we are all being raped by the ‘shh-you-know who,’ but who, under no conditions, would think of risking their two cars, landscaped homes or juicy jobs to DO something about it,” as George Lincoln Rockwell, founder of the American Nazi Party in 1959, said in disdain and disillusionment. In-depth histories, profiles of founding personalities, political agendas, and an appendix of fake quotes and fabricated documents. GR

A well-researched and anti-sensational look at the roots, rise, beliefs, personalities and diversity of the militia movement by a mainstream Christian cult expert. Chapters include: “Rise of the Patriots,” “A Call to Arms,” “Sovereign Citizen Rebellion,” “The Saga of Ruby Ridge,” “Waco Revisited,” “Operation Enslavement,” “Antichrists and Microchips,” “Anatomy of a Conspiracy,” “The International Jew,” “Christian Identity,” and “Holy Wars.” 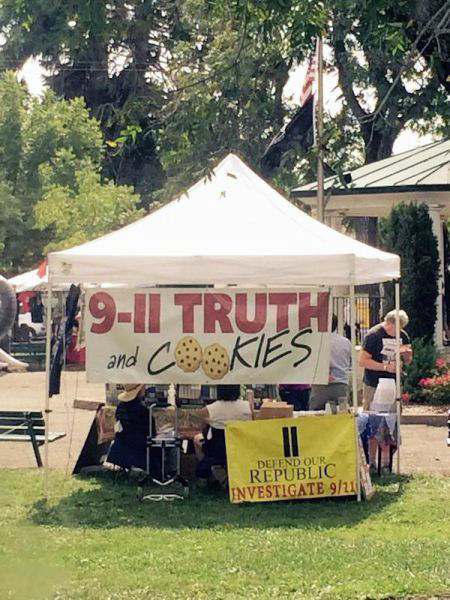 Grandfather of the co-author of Mutiny on the Bounty, writer-editor Charles Nordhoff (1830-1901) wrote American Utopias in 1875. First published under the title The Communistic Societies of the United States, this survey of Utopian communities across l9th-century America is stranger than fiction: One hundred years before hippies and free love, there were hippies and free love. This unabridged reprint provides a fascinating glimpse into the “alternative lifestyles” of a century ago. Nordhoff’s journalistic approach is surprisingly modern: He provides balanced, detailed, first-hand observations of these mostly forgotten social experiments, from the Wallingford Perfectionists and the Separatists of Zoar to the Harmonists, who founded a town called Economy. Most poignant are the Icarians, human hermit crabs who moved into an abandoned Mormon commune called Nauvoo, succeeded where the Mormons had failed, then disintegrated after their leader decided that the best way to run a communistic society was under a dictatorship. A time capsule buried deep in our own back yard, American Utopias is a strange and memorable record of daily life as lived according to vanished religions, philosophies and cults of personality. JAB

The former director of the Smithsonian Air and Space Museum writes an exhaustive account of the museum’s fight to present a large-scale exhibition dealing with the decision to use the A-bomb against Japan. When the proposed original exhibit was seen by many as top-heavy regarding American guilt, Congress and veterans’ groups raised such an outcry that when the exhibit was finally approved, it consisted of little more than the Enola Gay and brief hints that the bomb it dropped over Hiroshima was effective, to a degree. Harwit describes in convincing detail what happens when history runs headlong into the politics of emotion, and both are sent reeling. A fascinating study of a successful fight against perceived political correctness results in offering up for public appreciation a viewpoint no less, and often more, distorted. JW

History of the Rhodes-Milner Group, a globalist British Imperialist secret society founded by Cecil Rhodes and which manifests itself today as the Council on Foreign Relations. The Clinton administration has at least six Rhodes Scholars on board. FLA