The real question behind all the myths of the Civil War is, were the Confederate States of America a sovereign nation that was invaded and occupied by the separate nation of the United States of America? If this is true, as the authors propose, then the South was right to defend itself against attack, and the South has a claim to sovereignty now. SC

Using recently declassified Soviet documents and interviews with many of the Soviet scientists who participated in the USSR’s nuclear program, the author presents a behind-the-scenes account of Soviet nuclear policy from 1939-1956. Professional hand-wringers wonder if the arms race could have been avoided had Stalin been informed about the U.S. atomic bomb before it was dropped on Hiroshima, so that he would not take its existence as a threat to the Soviet Union. Others fantasize that the escalation of the arms race to thermonuclear levels could have been avoided if the United States did not proceed to develop the hydrogen bomb.
The author doubts if such changes in American policy would have resulted in reciprocal changes, given Stalin’s “malevolent and suspicious personality.” Stalin did not expect a major war in the short term, nor did he fear an imminent atomic attack on the Soviet Union by the U.S. In the long term, Stalin wanted nuclear (and later thermonuclear) weapons to fight an anticipated crusade against the west. In the short term, he wanted nuclear weapons to resist political pressure from the United States and its allies in shaping the post-World War II peace settlements.
As early as 1955, Soviet leaders understood that a Soviet-American nuclear war was suicidal, and realized that Western leaders knew this too. Nevertheless, Stalin’s command economy diverted resources away from rebuilding the war-torn USSR and into a “catch up and overtake” arms race with the U.S. Stalin’s decision was doomed, as this grueling war of attrition could only be won by the far more wealthy U.S., which had enough dough to build a nation-wide suburban culture and still spend circles around Stalin. RP

“Corruption is as American as cherry pie. From Jamestown to Whitewater, it runs through our history like a scarlet thread. The grafting politician, corrupt business tycoon, crooked labor baron and hypocritical preacher are prominent features of American folklore. Graft and corruption played a vital role in the development of modern American society and the creation of the complex, interlocking machinery of government and business that determines the course of our affairs. Large-scale chiseling has always been a left-handed form of endeavor in this country, operating parallel with—and often more efficiently than—more legitimate enterprise.
Nevertheless, the importance of corruption in shaping the United States has largely gone unrecognized. Every time there is a new scandal, analysts strain to put the events into some sort of perspective, yet they reveal almost total ignorance of the successive waves of corruption that have swept over America… The purpose of this book is to flip over the flat rock of our history and see what crawls out.” The author is a former correspondent for the Baltimore Sun and former member of the Senate Appropriations Committee.

Joel Jacobsen, an assistant attorney general for the state of New Mexico specializing in criminal appeals, has turned a probing, appellate eye on the much-retold Old West saga of Billy the Kid and the Lincoln County War. A superbly researched and reasoned account of the violent events that enveloped southern New Mexico in the 1880s, Such Men as Billy the Kid poses the intriguing question: Was Billy the Kid the psychotic, mercenary gun for hire commonly portrayed in popular mythology? Or was the Kid actually a conscientious soldier in a brave but doomed attempt to wrest control of a defenseless town from the corrupt and vicious oligarchy that controlled it? Author Jacobsen admirably demonstrates that as in life itself, the truth lies somewhere in the shades of gray that lie between. AD

“In all the bloody history of the papacy, perhaps in no one man, as in Abraham Lincoln, was there concentrated such a multitude of reasons for his annihilation by that system… I am convinced that if this knowledge can be given adequate distribution and placed in possession of the boys and girls of the public elementary schools, for whom it is especially designed to reach, that the wicked boast of the Jesuits and their lay agents, the Knights of Columbus, to “MAKE AMERICA CATHOLIC” can never be accomplished. THE GREAT SPIRIT OF THE MARTYRED LINCOLN WILL RISE UP AND DEFEAT HIS SLAYERS AND THEIR SUCCESSORS!”

Televisionaries, originally published as part of the British anarchist zine Vague, is one of the few English-language books on Germany’s legendary urban guerrillas best known as the Baader-Meinhof group. Presented as a terse chronology, it covers their origins in the Vietnam protests and German yippie/Situationist offshoots of the ‘60s, evolution into agents of daring acts of international terrorism ranging from kidnappings, hijackings, bombings and bank robberies to the distribution of free U-bahn tickets. Ulrike Meinhof’s transformation from sexy, radical-chic Euro-journalist into deadly urban commando and the creation of the original SPK—the Socialist Patients Collective, which began as a revolt inside a German mental hospital—are just two among the many facets of the RAF web which Televisionaries illuminates. From the dubious “triple suicide” in separate cells of Andreas Baader, Jan-Carl Raspe and Gudrun Ensslin in the massively high-security Stammheim prison in Stuttgart through the extradition of fugitive RAF members from the former East Germany and the latest episodes of anti-NATO Euro-terrorism, Televisionaries also covers the demise and sputtering attempts at resuscitation of violent left-wing radicalism in post-perestroika Western Europe. SS

Reveals the presence and legacy of black Africans in pre-Columbian America and their impact on the civilization they found there. Evidence includes: scores of cultural analogies; lingustic comparisons; carbon-14-dated sculptures, Arabic documents, charts, and maps; from the recorded tales of the griots to the Kings of Mali.

Well-researched and thoroughly documented, this history of Europeans kidnapped, purchased or taken from prisons to serve as slave labor in the American Colonies will be a shocker for many readers. SC

Social-science theory demonstrated by real-life example. “Focuses on how enemies are perceived, or constructed, in the minds of a group or society at large.” The standoff at Ruby Ridge is used as “a study in the mutual construction of enemies,” and the lives of several neo-Nazis are gleaned for their myth-constructing details. “The author discusses three paradoxes—the inseparability of evil from good, the unifying function of enemies, and the dual nature of the enemy (living both ‘out there’ and deep inside ourselves.) The processes by which social groups identify an enemy are discussed with reference to sociological studies as well as religious and mythological works offering insights on war, peace and the role of the scapegoat.” Also shows how an enemy can be “deconstructed” or transcended. GR 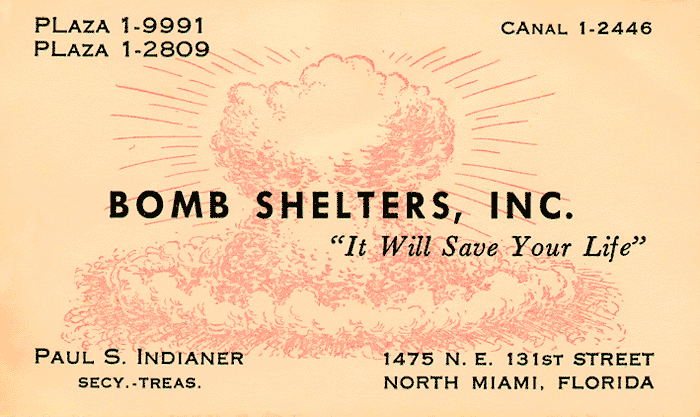 “No doubt you’ve heard about the meeting which took place between Saddam Hussein and April Glaspie on July 29, 1990, shortly before Iraq invaded Kuwait. This is the official transcript, including not only Glaspie’s conversations with Hussein but also her responses to reporters.”