A Ripley’s Believe It or Not of Afrocentric history. “No. 66. In 1670, Virginia passed a law forbidding Negroes from buying white people. This was fifty-one years after the Negro had arrived in chains.”

A factual account taken from an array of newspaper articles recalling racial atrocities spanning from 1880 through 1960. The first publication was set to mark the centennial of the Civil War.
“NEW YORK SUN, AUG. 16, 1921 2nd Lynch Mob Desecrates Body of First Mob Victim Coolidge, Tex., Aug. 16—Alexander Winn, A Negro, was hanged by a mob yesterday at Datura. He had been accused of assaulting a seven year old girl. Today his body was burned after another mob had stormed the funeral parlor where it had been taken.” Includes a listing of names of 5,000 black men lynched in the United States from as early as 1859. TD 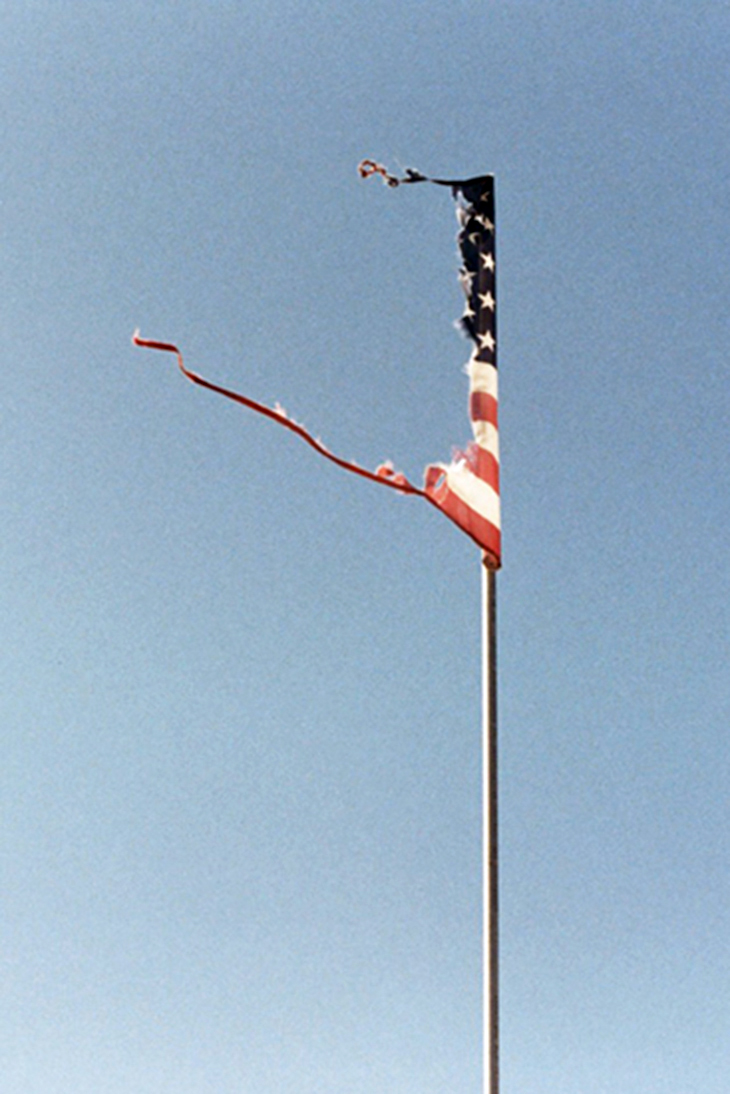 The true history of the United States’ takeover of the Hawaiian Islands has never really been told to the American people. Once again, big business—in this case the sugar business—was behind the unlawful takeover of the islands by the U.S. Government, which used the pretext that U.S. nationals were in danger. This call for sovereignty is from Native Hawaiians, who have been given the shaft, time and time again, by the U.S. This new nationalism is based on the need of the native population in the islands to survive and prosper, while questioning the ability of native Hawaiians to adjust to “modern society.” SC

White supremacists Richard Butler and Robert Miles had a dream slightly different from Martin Luther King’s. A new Aryan state would be created, comprising the land now known as Oregon, Washington, Idaho, Montana and Wyoming. Butler moved from California to Hayden Lake, Idaho, and built his Aryan Nations Compound. It conformed nicely with his vision: “A sign on the sentry box read “Whites Only.” The office walls sported pictures of Adolf Hitler, swastikas, and other Nazi memorabilia. A bust of Hitler’s head was kept inside a glass cabinet. In the chapel was another portrait of Hitler with a caption: “When I Come back, No More Mr. Nice Guy.” So there appears to now be a race as to who will appear first: Christ or Hitler. The book’s content is extremely comprehensive and offers interesting descriptions of most of the so-called right-wing fringe groups existing in America today. JB

Cornerstone of conspiracy research, with the Thuggee stranglers of India, Russian castration cults (Skoptsis), the Knights Templar, Rosicrucians, the Tongs and Hassan-i-Sabah (founder of the Hashishin, or Assassins).

“On a dark summer night in 1930, three young men were arrested. Two were lynched. The third, James Cameron, with a noose around his neck and an angry mob calling for his blood, was spared. This is his story told 64 years later with anger, insight and reflection. Cameron’s narrative is as riveting and graphic as the infamous photo of his two friends, Thomas Shipp and Abram Smith, who were not as fortunate as he.” SC

Wicker was at Attica, invited by the prisoners, along with Bobby Seales, William Kunstler and others, to be an observer to the hostage negotiations. He experienced first-hand the initial elation of the prisoners who felt they had beaten the system, the churning fear of notorious D yard, and the terror and anger of the townspeople and guards. A novelist and respected journalist, Wicker writes of the background to the siege, including a potted history of the American penal system and the conditions which existed in the prisons prior to the 1971 revolt. Finally, A Time To Die describes the bloody ending to the revolt, and its aftermath which included vicious reprisals against the inmates by the prison’s guards. NN

Documents the pre-Columbian presence of Africans in the New World, using the history of cotton, smoking and tobacco. Goes further to state that the African interactions with the New World were superior to those of the Europeans, as the Africans didn’t launch a destructive war on the native population. If Columbus wasn’t the discoverer of the New World (everyone from the Norwegians to the Chinese have made this claim), the author argues that the explorer’s real role in the world’s history is as the person who opened the Western hemisphere for Europeans. SC

Publisher: A & B
Paperback: 287 pages
Illustrated

“In lecture/essay format, Dr. Ben identifies and corrects myths about the inferiority and primitiveness of the indigenous African peoples and their descendants.”

It should come as no surprise that the Judeo-Christian-Islamic religious tradition came from Africa. Well, at least according to Dr. Ben, who always has the evidence to prove his point with elaborate hand-drawn maps and diagrams. One of the amazing aspects of Dr. Ben’s work is his ability to pull in so many sources and tie them together into a single, unified theory of history. SC