Any lingering doubts about the protean authenticity of fetish artist John Willie’s genius are crushed under the weight of Taschen’s page-for-page reprint of all issues of Willie’s magazine, Bizarre, edited and introduced by contemporary fetish photographer Eric Kroll. Published intermittently from 1948 to 1954, Bizarre was a kind of Baedeker to the demimonde of fetishism, sadomasochism, transvestism and other now fashionable paraphilias in an era when married couples couldn’t be shown sleeping in the same bed on a movie screen. More importantly, it was a showcase for his original illustrations of fetishistically costumed women in bondage, which remain the biblical authority for fetish-derived art and fashion today.
Willie (real name: John Alexander Scott Coutts) was the sort of raffish figure the U.K.’s better classes have exported for years, a flamboyantly eccentric remittance man, paid by his stolid British merchant banking family to stay away from home. Shipped off first to Australia, where he began his tempestuous relationship with his volatile muse, Holly, he worked in intelligence during WWII before moving to New York to pursue his “hobby” full time. That hobby, which is often generically described as bondage, encompassed a wide variety of interests—reflected in the pages of Bizarre—ranging from corsetry to amputee fetishism. He carried on a voluminous correspondence with fellow enthusiasts around the world, publishing their invariably literate and often touching accounts of their secret passions under pseudonyms like “Hobbledehoy” and “High French Heels.” Excavation even turns up a letter from the young Fakir Musafar, the most visible contemporary interlocutor of the body-modification culture. Thus, among his other accomplishments, Willie became the first historian of what has since become a vast and much-inspected sexual bohemia.
But it is as an arbiter of erotic taste that Willie enjoys immortality. His elegant renderings of idealized women in dominant and submissive poses created an idealized form evident today in everything from John-Paul Gaultier’s dresses to the surgically sculpted bodies of modern porn stars. Though these images are executed with a light hand and an evident affection for their subjects, they possess an undeniable bite that comes directly from the unconscious. Willie’s pinups with missing limbs seem no less radical at a distance of four decades.
Indeed, careful though he was to avoid the strangling obscenity laws of his own time, he was bedeviled by postal authorities and lived with constant economic and legal insecurity, undoubtedly contributing to his propensity for strong drink and his early death. The end of his final affair with 19-year-old Los Angeles model Judy Ann Dull, who died at the hands of bondage murderer Harvey Glatman, may have contributed as well. The artist whose subject matter is sex lives in a perilous world, in every sense, and that very tang of risk, what the late Dr. Robert Stoller called “the element of harm,” is what gives Willie’s work its steely edge beneath all the lace. If there is an indispensable omnibus work of fetish art, this must be it. IL

“There are many new guides to kink and fetish. The Black Book goes beyond those to provide a resource for all forms of alternative sexuality and lifestyle. Each new Black Book is the culmination of an ongoing dialogue with vendors, consumers, and alternative media reporting on the sexual underground.”

“A highly entertaining, in-depth view of the lesbian SM community. Featuring interviews with Pat Califia, Skeeeter, Robin Sweeney and other illustrious radical dykes, this revealing documentary will educate and excite both the seasoned and the uninitiated. An outstanding soundtrack by Frightwig, Coil, Chris and Cosey, Typhoon and Fred Giannelli.”

Bodies Under Siege was first published as a cross-cultural examination of mutilation and self-mutilation and their relation to psychiatric syndromes such as wounding, auto-enucleation (plucking out of the eye) and self-castration. Ten years hence, Favazza has crossed paths with the Modern Primitive movement’s leading exponent, Fakir Musafar (who supplies this edition with a new epilogue and cover photo), and found himself the leading academic expert on one of the biggest subcultural booms since the jitterbug—piercing, scarification, branding and other forms of “body play.” Favazza arranges the bulk of his book by body part (head, limbs, skin, genitals) with information on more arcane forms of self-attack such as monorchy (destruction of one testicle) and trepanation (drilling a hole in one’s skull) as well as a discussion of treatment for psychiatrically disturbed self-mutilators. SS

From Rick Castro, photographer and co-director of Santa Monica Boulevard underground-film sensation Hustler White: “a compilation of beautifully xeroxed bondage art. Included in this issue are new bondage photos by Castro, who is now exploring the great outdoors with his Ansel Adams-meets-Drummer magazine series; the fetish art of Fuwa, Japan’s answer to Tom of Finland; the drawings of Swiss kinkmeister Carmilla Caliban Cock, which have the look of Giger and Cronenberg (if they were fixated on dicks); Charles of France, beautiful drawings of men in their golden years in bondage (picture Barry Goldwater tied up with his balls stretched); and the romper-stomper of the high-art world, Attila Richard Lukcas, his paintings of post-Communist skinheads are what Aryan dreams are made of; plus celebrity interviews with the accomplished eccentric masochistic artist and human ashtray/knife sharpener of Hustler White, Graham David Smith and the star of Hustler White (and the sexiest man since Joe Dallesandro), Tony Ward, in bondage at last!”

This is a well-conceived book on what the authors call “gourmet” or “graduate” sex. If you’re not already familiar with the bare-bones essentials of SM, they offer suggested reading to bring you up to speed. The two requisites that form the basis for this book are communication and negotiation. By anticipating context and details and setting the limits in advance, it really is possible to achieve the greatest fulfillment. There are all kinds of things that bear thinking through, and the authors offer some excellent guidance for those in the process of designing a rewarding experience for both parties. The tone is healthy, honest and enthusiastic. For somebody still in the process of coming to grips with these sorts of fantasies, the sheer guilelessness of the presentation could be a revelation. As “new school” SM is less rigid about roles, there are numerous examples of bottoms topping and tops bottoming. Alice would be right at home in this charming Wonderland. The spiritual aspects of it all are even addressed in a manner that doesn’t choke you with New Age platitudes. In a word, this book is pragmatic. SA

Perhaps the first book (from the U.K. at least) to take non-monogamy seriously, Breaking the Barriers to Desire covers all aspects of “responsible non-monogamy,” such as triads, open relationships, and polyfidelity. Personal experience, advice and theoretical articles are included—all by authors with experience in the theory and practice of such relationships. AK

“Explores a disorder in which sexual arousal and orgasm are dependent upon self-strangulation and asphyxiation. Although little-known to the public at large, asphyxiophilic rituals are often the unmentioned, or unrecognized, causes of the accidental suicides of young men. In this dramatic, intensely personal autobiographical account, the first ever written by an asphyxiophiliac, Nelson Cooper recounts in both prose and poetry the bizarre story of his tortured life… The Breathless Orgasm is both an autobiography of an asphyxiophiliac and a sophisticated study of this sex-related mental illness.”
From the author’s memoirs: “In many of my masturbation fantasies I was a disco dancer like John Travolta (whom I hate) from Saturday Night Fever. I imagined that I was wearing a tight, white jumper suit that sparkled in the lights while I danced. After I had danced, I would walk home at night, still wearing the suit. Suddenly, a bunch of boys would gang up on me and strangle me. My penis could be seen through the tight suit, and my pelvis struggled until the orgasm came out with my last gasp. My mouth was wide open and my tongue stuck way out until it folded back in and disappeared when I died. The boys would just leave me there. My clothes were never taken off. I started using the tongue trick when I really choked myself in front of the mirror.” 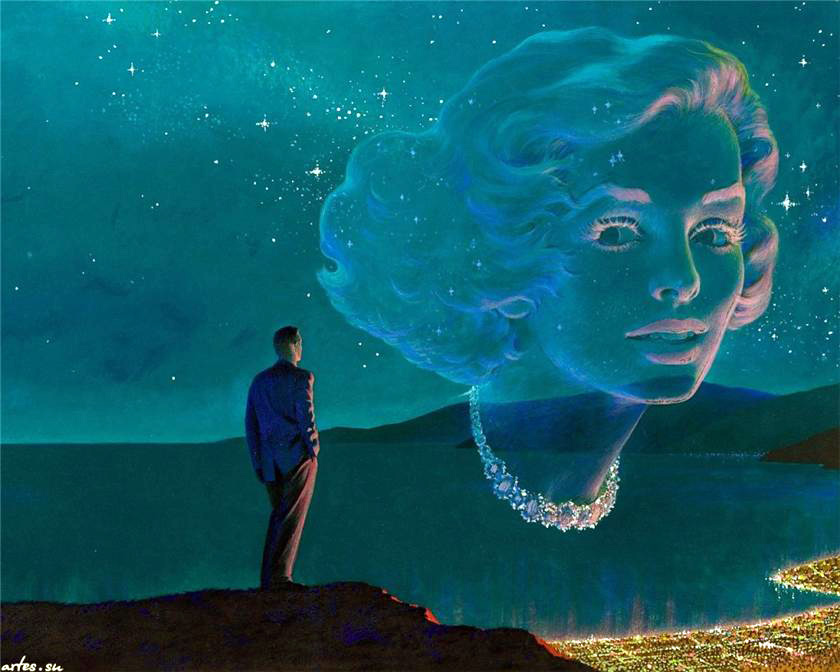 A complex and well-presented book on carnivorous plants from around the world and how to propagate, cultivate and care for them.
This book reflects 25 years experience and knowledge-gathering by the authors and includes data on the history, native environment and different trapping devices of the many species discussed in this book. The first part of this book deals with the various types or genera and is grouped by their means of entrapment:
• Dionaea, or Venus Flytrap (traps insects by quickly snapping shut)
• Pitcher plants (traps insects in hollow tube of the leaf)
• Sundew types (covered with sticky hairs to trap insects)
• Butterworts (sticky leaves trap insects)
• Bladderworts (trap door shuts trapping prey, some aquatic)
Later chapters continue with cultivation, pests and diseases, propagation and hybridization. Many color photos and black-and-white drawings of these otherworldly-looking plants and their flowers.
Carnivorous plants are some 136 million years old. The origins of carnivorous plants is not certain, but it is believed that shallow depressions formed in the leaves, trapping rain and insects. The plants benefited from the decomposing insects and the nutrients were absorbed through leaves. Later they developed more elaborate traps to help the plant survive in nutrient-poor soil. Which brings us to the question, what exactly is plant carnivorousness? What characteristics must a plant have to be considered carnivorous? “When this definition is applied, it evokes visions of snarling green jaws snapping at nearby animal life, not so.” Basically it has to attract prey (with odors, colors, etc.), trap prey, secrete digestive enzymes and absorb digested material, and there you have it. DW

“The chance acquisition of George, a very rare male calico kitten” sends the author on an odyssey into the history of genetics. “In this story,” the author opens up “an unrecognized chapter in the history of science… from ancient theories about inheritance and sex determination, through Mendel’s famous experiments with his round and wrinkled peas, to speculations by Darwin and others about the rare male calicos. The struggles of early 20th-century scientists to find and study rare male calicos in the hope of answering fundamental questions in the newly emerging field of genetics are explored in amusing detail.”