First and foremost, this is a cookbook with actual recipes. That it focuses on things that Americans are not accustomed to eating is almost secondary. In the introductory statements the author points out that we will be facing food shortages in the years to come and that a strictly vegetarian diet is not always pragmatic everywhere. (Of course, practicing vegetarians can get a lot of mileage out of this book with pushy carnivore friends by mentioning the broiled puppy recipe (Hawaii) or the stewed cat (Ghana). While some of the offerings can seem shocking, the author truly has a higher purpose and goes to great lengths to provide a cultural context for the ingredients employed in creating these delicacies. (A rat problem in China yielded a new source of dietary protein.) Some of the more interesting ingredients include: rodents, pigeons, small birds, reptiles, insects and sperm. Lest you think that this book is merely a joke, it has won the acclaim of such food experts as Craig Clairborne, James Beard and M.F.K. Fisher. SA

And talks… and talks. Fortunately, much of Shellogg’s exegesis is entertaining, if somewhat disingenuous. She frames her story in the breezy contemporary style of sex work memoirists dating back to Xaviera Hollander. Just another nice girl from a perfectly normal middle-class background who discovers hidden riches in her ability to amuse men with money. Happily, there is none of the self-serving vindictiveness toward her benefactors that has made such a hit of the ludicrous You’ll Never Make Love in This Town Again. Shellogg’s particular specialty is dishing out carefully titrated abuse to male clients whose pleasure is pain and humiliation. She is, by her own description, “the eternal slut-mother. That’s what I do for a living. I embody the bitch.” These embodiments manifest the familiar forms: bondage, flagellation, latex fetishism, urolagnia, et al.
What sets this good-natured account apart from so much current SM lit, both serious and exploitational, is its welcome lack of moralizing and/or special pleading. A witty and engaging writer, Mistress Sonya (her nom de dom) loves to tell a good story more than she needs to make a point. Though her clients seem a somewhat pitiful lot for all their disposable income, mainly because their closeted status forces them to share their most intimate needs with a hired stranger, the author never seems to lose her zest for the game. And a game it is. Unlike her clients, and unlike lifestyle SM practitioners, Shellogg makes no bones about her own yearning for the conventional, for a husband, a house and a “normal” life. She is a bit of an outsider to the world in which she works, which makes her a pretty good guide to it after all. IL

The unusual quality that sets this book apart from the current avalanche of sensational literature on the subject of child sex abuse is embodied in the subtitle. The author of this book invites us to consider, for a moment, why men commit abusive sexual acts against children, as we drag these men toward the chopping block. This quality is called compassion, and this book administers a sobering dose of it. In his ethnographic research, the author conducted lengthy interviews with a core group of 27 respondents, men drawn from treatment groups, prisons, probation programs and the private practices of therapists. Typically, the men were in their ‘30s, married and employed with no other criminal backgrounds. Most lived in the same households with their victims.
Some of Pryor’s research confirms what is already known. Nothing is a better indicator of a propensity toward sex abuse than a history of sex abuse. The lessons that an abused child learns about power, rationalization and self-worth (or its absence) shape the adult’s attitude toward other children. The idea that sexual abuse is somehow “normal” underpins the excuses abusing adults make to themselves to enable their own aggressions. However, Pryor finds that, contrary to the political construct of the abuser as an emotionless objectifier carrying the culture’s most unwholesome impulses to their logical conclusions, molesters are often as horrified by their own behavior as everybody else.
Though Pryor makes the explicit connection between cultural sexism and abusive behavior, he recognizes that not all men molest and that molesters themselves know this. Filled with shame and remorse not only by their own desires but, as a rule, by sexuality in general, they fall into the cycle of addiction, hoping to dam their impulses by force of will and, when will collapses, capitulating to them abjectly. Isolated in their self-hatred, molesters can only ventilate their rage through the victimization of others. What Pryor calls “the moral boundary” once crossed becomes illusive. His subjects have a way of identifying themselves as victims, of adults who molested them, of children who seduced them, of impulses they can’t understand or control.
Favoring what he calls “a peacemaking model” that will undoubtedly enrage many readers, Pryor opposes Megan’s Law and other public castigations of offenders, indeed questions the use of the criminal-justice system overall as a means of protecting children from abuse. Removing offenders from their isolation, compelling them to see the common humanity between themselves and their victims, offers the only hope for breaking the cycle of abuse from one generation to the next in the author’s view. “Until we find a way to encourage offenders to come forward with their stories rather than hide and continue with what they are doing, the situation is only bound to get worse.” IL 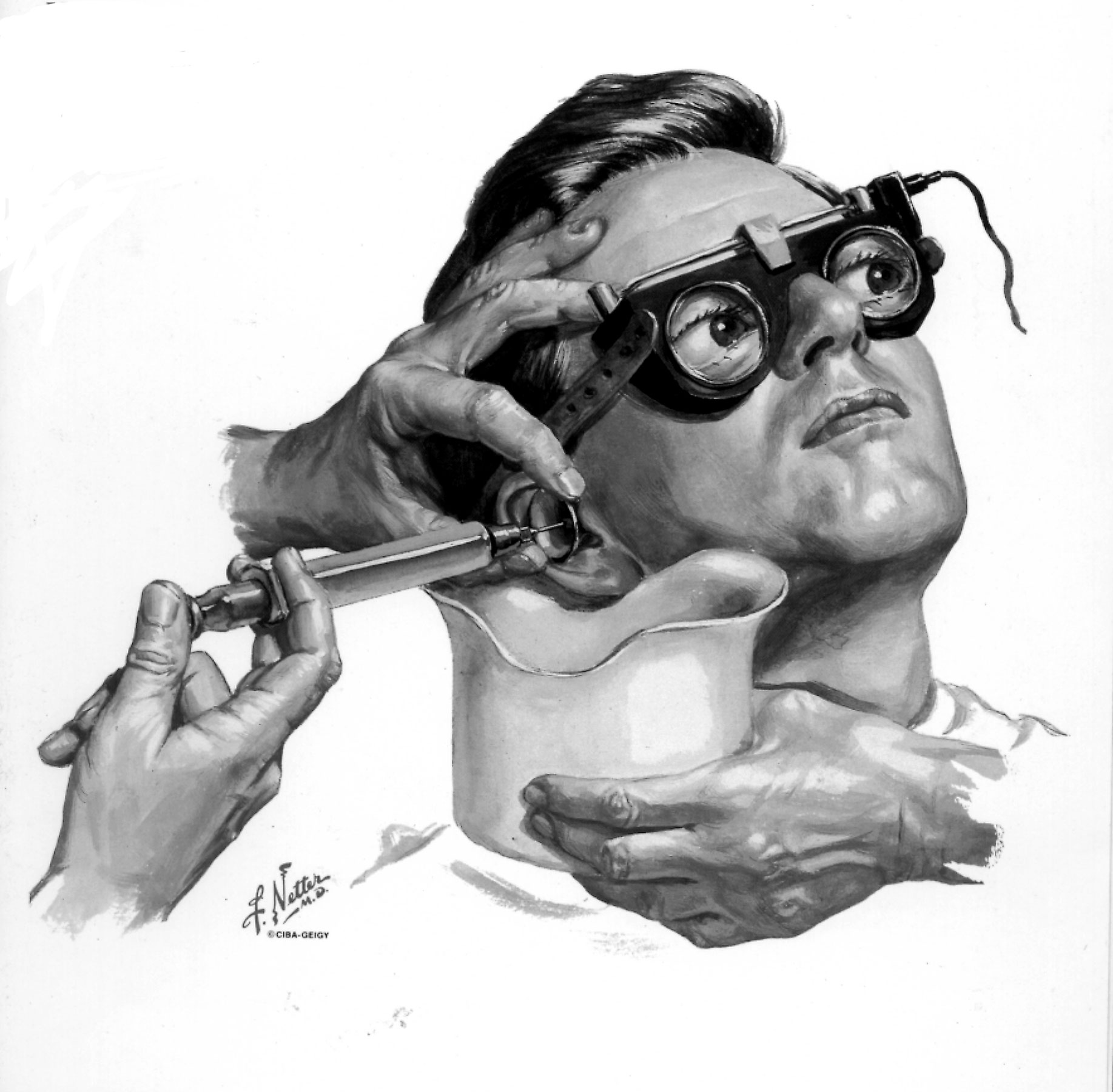 A clinical symposium booklet with illustrations by Frank Netter, M.D.

This book is not a manifesto for the childfree. It is not shrill, dogmatic or defensive. A reader hungry for encouragement to eschew breeding may feel encroaching disappointment while devouring the first chapters, but a surprise is in the offing: In the course of this well-researched book the author shares her own story, and by the end has delivered a powerful dose of inspiration and paved the way for a more confident and enlightened decision.
Lisle’s account of her journey from uncertainty to acceptance of and even elation in her choice of childlessness provides ample jumping-off points for an exploration of the decision from every conceivable angle. The antecedents of her decision are complex, including elements both negative (her father’s desertion of the family; her painful awareness of her mother’s struggle and sacrifice) and positive (her devotion to her writing; her deep appreciation of freedom and self-definition). She also surveys the history of non-motherhood, its ebbs and flows with cultural, economic and historical conditions, and draws on a wealth of literary sources, from diaries and letters of 19th-century women and pioneering childless couples, to authors like Adrienne Rich, Anaïs Nin and Georgia O’Keeffe (of whom Lisle wrote a best selling biography) to Greek plays. She also has many sociological studies at her fingertips, which answer such important questions as whether nonmothers are lonelier as elderly women (they aren’t).
Desirous of bridging the gap between mothers and nonmothers, Lisle has breached difficult territory and emerged with wisdom which can do much to dispel the hostility on both sides. She takes all of the players in the family equation into account: extended family, the infertile and others who are not childless by choice, even men! Lisle remains generous and fair-minded throughout, while standing her ground and poking holes in narrow pro-natalist attitudes. MH

If you’ve ever taken a life drawing class, you probably had the most enjoyable experience with the heaviest models. Fat women tend to offer the most interesting varieties of light and shadow and form to the visual artist. Once you get beyond the merely “Rubenesque,” there are a variety of distributions of the female form that fold and drape in ways that are unique to each individual. The models by turn look happy, coy, sultry, defiant and wistful. They all comport themselves with immense dignity, whether laughing in a group shower, posing in a natural landscape setting or doing a little dance. The book concludes with some text and interviews. The physiology of fat production and fat-related feminist issues are the focus of the essay. Of special interest are the women who speak for themselves about their own medical histories, their relationships with doctors and fashion, and their general interface with the world at large. SA

If you like your history fully documented and objective in standpoint, look for a book other than Soledad de Montalvo’s Women, Food and Sex in History. If, on the other hand, you can’t resist a chapter titled “The Pioneers of Civilization—Sluts In Huts,” then by all means read this chatty, highly “original” and decidedly non-P.C. take on the origins of humanity and religion. According to de Montalvo, a fourth-generation atheist, “the history of food and the history of mankind are indissolubly linked.” What’s more, it was woman who pulled man out of his cannibalistic past and “booted civilization into orbit” by cooking the first soup. But food soon takes a back seat to wild hypotheses and an anti-religious screed, and from there de Montalvo is off and running, comparing one of the earliest known hominid skulls to Leonid Brezhnev or a Mohican-wearing punk rocker, and the Bible to Mein Kampf. Some will consider Women, Food and Sex in History blasphemous, while others will merely find it questionable in taste—but only a very few will find it dull. LP

A Sanskrit word, yoni translates as “womb,” “origin,” “source” and, more specifically, “vulva.” Female genitals are seen as a sacred symbol of the great Goddess, a symbol of the universal womb, the matrix of generation and the source of all. Rewriting history, male leaders established themselves as rulers and as actually able to give birth. Tracking examples of yoni symbology through cave art to modern day, this book includes yoni topography in graphic detail, including tantric practices, Near Eastern myths, and Tibetan visualization techniques linked to yoni reverence. Illustrations show some of the world’s finest, oldest and most diverse examples of yoni artwork up through contemporary works by such artists as Georgia O’Keeffe and Judy Chicago. CF