“Author's Warning: “Books about the mind have a poor track record. They are usually either mystical meanderings or jargon-ridden textbooks. More seriously, they often lack a unifying viewpoint to bring the subject into focus. This book tries to view the mind from a single illuminating perspective. It is based on the assumption that the human mind must have evolved; that self-consciousness must have a biological basis. It then uses plain language to take the reader through some difficult territory: the origins of language, the evolution of habits of thought, and the 'mapping' of the world in the brain which creates awareness. It ends up with the controversial conclusion that the human mind is only a few degrees different from an animal's and that self-consciousness, memory and higher emotions are all simple language-driven abilities which we pick up as children.”

“The mushroom states its own position very clearly. It says, 'I require the nervous system of a mammal. Do you have one handy?'”—The Archaic Revival.
Railing as he does against what he terms the “dominator” religion, McKenna might be amused to discover that he has much in common with Augustine of Hippo, especially in regard to the latter's Enchidirion. Both believe that your average Joe, working either in the fields or in the office, have neither the time nor the inclination to seek out those mystical experiences that transforms one's self. The answer for Augustine is the Catholic Church, which imparts a highly regulated organized religion to give benefit to even the most ill-equipped of mystics. For McKenna the answer is his “archaic revival” of shamanic methods using an equally regulated and organized method of ingesting psychedelic drugs. Of course, the application of drugs will no more lead to a person becoming a mystic than the application of a clarinet will lead to a nascent musician playing Carnegie Hall. This McKenna obviously realizes and therefore advocates the use of these drugs only in certain situations. He certainly frowns upon using his sacrament in any way that would be deemed “recreational” or even “fun.” Dosages recommended are so high, such as five dried grams of psilocybin mushrooms, that McKenna describes them as “ego flattening”—this is the only result worth pursuing in the application of these elicit hallucinogenic plants and chemicals. The most interesting part of the book is his first-hand research on the use of certain drugs employed in the Amazon basin. MM

“Why this book was written: I have read the existing marijuana cookbooks and am deeply disappointed with them. In nearly every one of these the author has simply taken a dozen or so ordinary recipes from a standard cookbook, appended the line “add a half cup of grass” to each, and sold it to the public for 10 times what it is worth. If you have been following the instructions in these books, you most likely have been wasting your hard-earned dope. Although this book contains numerous recipes, it is not intended to be merely another cookbook or recipe collection. It is designed to serve as a guidebook. To teach the reader the nature of cannabis. How it combines with different foods, how it is best assimilated in the human digestive tract, and how to get the most highs for the money. The fourth section of this book is devoted to some of the most suitable dishes that can be prepared from these materials. Simply put, this is one of, if not the best book on cooking with cannabis that exists.” DW

“The study of mental imagery has been a central concern of modern psychology, but most of what we know concerns visual imagery. A number of researchers, however, have recently begun to explore auditory imagery… from the ordinary memory rehearsal of undergraduates to the delusional voices of schizophrenics, from music imagery to imagery for speech. The chapters also address the parallels (and contrasts) between visual and auditory imagery, and the relations between ‘inner speech’ and overt speech, and between the ‘inner ear’ and actual hearing.” 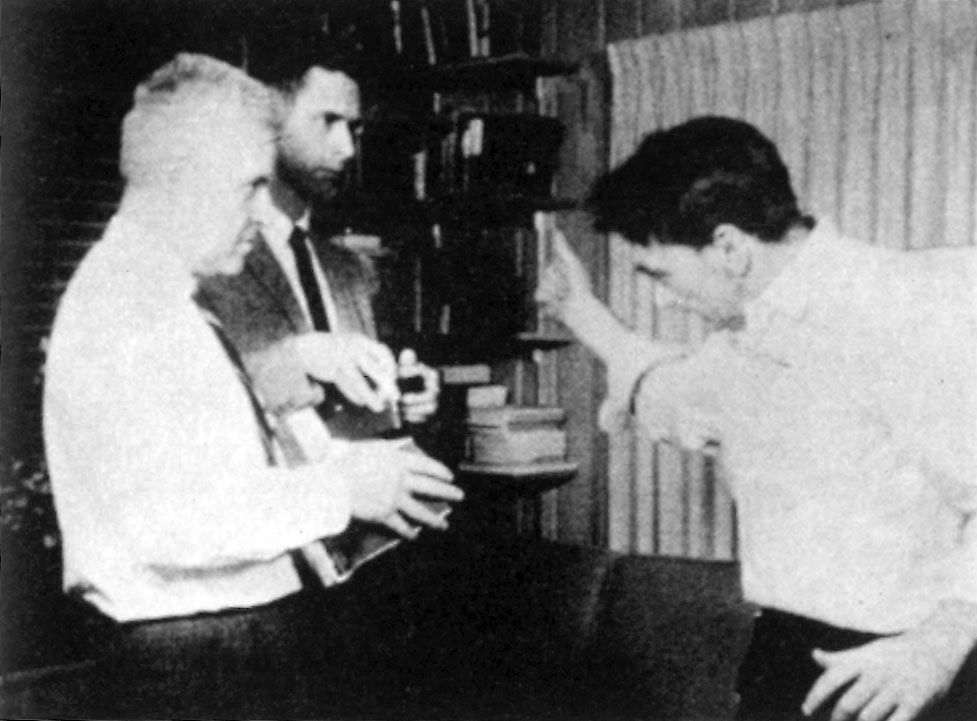 “The first book to detail human pharmacology of ayahuasca, Amazonian ambrosia. In the alembic of his own brain, Ott elucidates the pharmacology of this rainforest potion via psychonautic experiments with pharmahuasca (pure ayahuasca compounds in capsules) and describes ayahuasca-like potions with temperate-zone plants as sources of the ayahuasca alkaloids and the active principle DMT. Nine tables, including a list of DMT-containing plants, show there are at least 4,000 possible combinations of plants yielding entheogenic potions using similar technology to that for making coffee or tea.”

Three-volume set which gathers together the fundamentals of Gurdjieff 's teachings, which seek “to destroy mercilessly, without any compromises whatsoever, in the mentation and feelings of the reader, the beliefs and views, by centuries rooted in him, about everything existing in the world.” He insists that man is asleep; it is only at the moment when he awakens, not merely to consciousness, but to conscience, that his true evolution can begin.

“An accessible overview of the brain and its workings… reflections ranging from machine intelligence to linguistics, from theories of perception to the question of life after death.”

“About one person in 10 claims to have left his or her body at some time. Some were close to death, others had undergone an accident or shock; but these experiences can occur at any time and for no apparent reason. Occasionally people claim to have traveled to distant places, and even to have been sent there by others, in the course of their experiences. Do we possess some sort of “double” or astral body, which is capable of an independent existence? And if so, what implications does this have for survival after death?”
“Blackmore's explanation for out-of-the-body experiences is based on historical and anecdotal material, surveys and laboratory experiments (including attempts to weigh the soul and photograph the spirit). Beyond the Body is a rigorous yet intensely readable piece of research.”

“The phenomenon of melancholia is examined in the context of art: Holbein's controversial 1522 painting The Body of the Dead Christ in the tomb; the literature of Marguerite Duras, Dostoyevsky and Nerval; philosophy; the history of religion and culture; as well as psychoanalysis.”