“For nearly 30 years one of the authors, Dr. Alexander Shulgin, affectionately known to his friends as Sasha, has been the only person in the world to synthesize, then evaluate in himself, his wife Ann, and in a dedicated group of close friends, nearly 200 never-before-known chemical structures, materials expected to have effects in man similar to those of the mind-altering psychedelic drugs mescaline, psilocybin and LSD… In the first two parts, the Shulgins describe the individual life paths which led each of them to a fascination with psychedelics and, ultimately, to their fascination with each other… The second half of the book is an almost encyclopedic compendium of synthetic methods, dosages, durations of action, and commentaries for 179 different chemical materials… Some day in the future, when it may again be acceptable to use chemical tools to study the mind, this book will be a treasurehouse, a sort of sorcerer's book of spells, to delight and enchant the psychiatrist/shaman of tomorrow.”

This book, originally published in 1855, provides a wonderful glimpse into commonly used drugs before the era of mass drug hysteria either in the prohibition or the advocacy of drug use. Bibra was a Bavarian nobleman whose family fortunes were on the decline. He had written several books on chemistry and art history before traveling to South America. After his journey he wrote Plant Intoxicants and Travels in South America, becoming more famous for the latter work. Most of the intoxicants he covers are drugs used by people every day such as coffee, tea, Paraguayan tea (yerba maté), chocolate, guarana, betel nuts and tobacco. The illegal drugs most people associate with “plant intoxicants” fill up a smaller portion of the book, covering coca, hashish and opium as well as khat. The chapters on each of the substances provide scientific information on the plant and its effects as well as cultural examples of it use throughout the world and information on everyday plant intoxicants which many of us take for granted. MM

This is an excellent survey of the historical and current use of hallucinogenic plants by indigenous people around the world. The first section of the book outlines the many different plants (far more than one might imagine) that are employed for their hallucinogenic properties, in order to heal or bring about altered states of consciousness in religious ceremonies. A complete plant lexicon is provided with color illustrations and also a geographic analog showing the regions where they can be found. Subsequent sections focus on specific plants such as the amanita mushroom and ayahuasca plant. Historical examples are given of the use of ergot and belladonna in Western Europe, among others. There are many contemporary examples such as the Fang cult of Bwiti who employ the iboga plant and the Kamsa tribe of Columbia use of the borrachero tree. The book is as insightful and entertaining as anthropology as it is as a study of hallucinogenic plants, and is lushly illustrated with plants, 3-D molecular models, photographs and maps. MM

“The purpose of this book is to convey the impartial facts of the uses and abuses of cocaine. Without bias, many different aspects are covered: History, effects, uses, pleasures, dangers.” Contents include: “Enjoying Cocaine Without Abuse,” which covers avoiding abusive potential; overdose and allergic sensibility; and cocaine, alcohol and downers. “The Pleasures of Cocaine” delves into cocaine and sex and cocaine and physical activity. “Methods of Use” details preparing the nostrils, setting up lines, the mouth freeze, and the coke smoke. “Selection of Quality” focuses on cutting cocaine (with methedrine, procaine, talc and the like) and testing it. The book that does everything but score. GR

“The mystic's moment of illumination shares with great poetry the liberating power of the deepest levels of consciousness… Poetry, Wilson argues, is a contradiction of the habitual prison of daily life and shows the way to transcend the ordinary world through an act of intense attention—and intention.”

“Overshadowed by the extravagance and self-promoting polemics of Surrealist-dominated French thought, Daumal's sober brilliance was not apt to attract the notoriety on which André Breton and company thrived… Daumal's unsparing lucidity; the vast range, depth and purpose of his erudition; the humor that never ceases to question all claims to ‘truth’ or ‘knowledge’—particularly his own; his lifelong efforts to make poetry an expression of lived experience and to eradicate the empty ‘chatterings’ that so-called poetry willingly accommodates; his confrontation of intense childhood fears and physical frailty to illuminate the great mystery of death—these alone would warrant him a place in any pantheon of letters.” Includes “Introduction to the Grand Jeu,” “Pataphysics and the Revelation of Laughter,” “Asphyxiation and Absurd Evidence” and more. 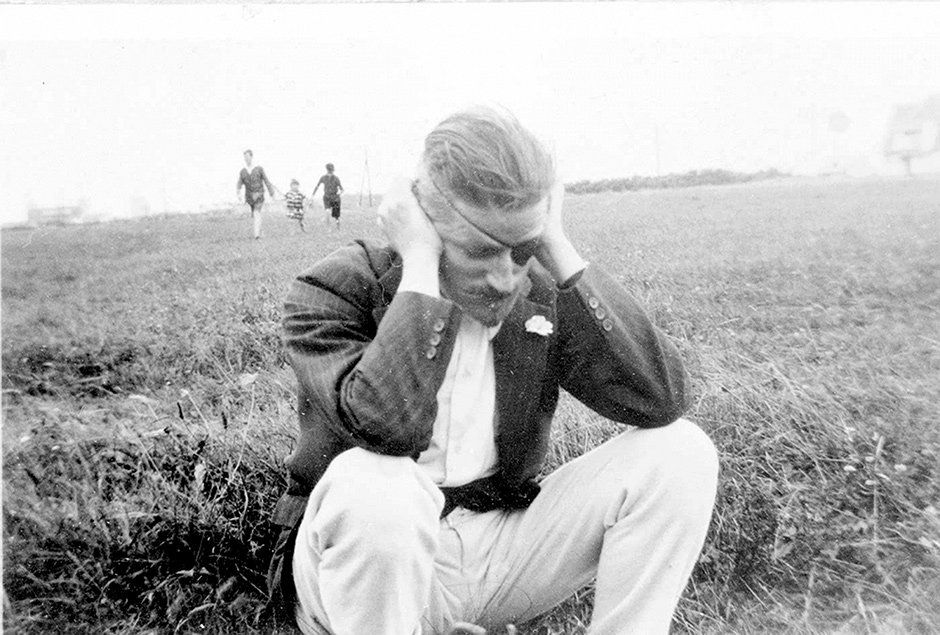 A collection of essays and speeches from the author of the deftly ambitious novel trilogy The Man Without Qualities, from “The Obscene and Pathological in Art” (1911) to “On Stupidity” (1937). Musil searches for a new system of values amidst the bankruptcy of bourgeois Vienna as its plunges headlong into Anschlüss with Nazi Germany. From “The German as Symptom” (1923): “I believe that the average person is a far more avid metaphysician than he admits. Avid is probably not the right epithet, but a dull accompanying awareness of his curious situation rarely leaves him. His own mortality, the minuteness of our little ball of earth in the cosmos, the mystery of personality, the question of an afterlife, the sense and senselessness of existence: these are questions that the individual ordinarily brushes aside his whole life long as in any case unanswerable, but that he nonetheless feels surrounding him his whole life like the walls of a room… Generally speaking, the cure is sought regressively. (Nation, virtue, religion, antagonism to science.) Only very rarely is it made explicit that a new problem has been posed here, that its solution has not yet been found.” SS

The revised and expanded edition of the unsurpassed classic manual on home cultivation of psilocbyin mushrooms. Includes a chronology of mushrooms in history, technical glossary and a list of equipment suppliers. With a forward by Terence McKenna (possibly also the co-author under a pseudonym). AK

How to manufacture psychedelic drugs. Contents include “Mescaline and Friends,” “Muscimole and Other Isoxazoles,” “LSD,” “Cocaine,” “Miscellaneous Psychedelics,” “Literature and Chemical Hints” and “Miscellany on Underground Laboratories.”

“Naive or recreational use of psychedelic drugs does not make one either a shaman or saint. If this were true, the San Francisco Bay area would have been overrun by saints and shamans in 1967. In traditional shamanic societies, there exist specific traditions, histories, rituals and practices which provide a stable, long-term set and setting by which the drug experiences are interpreted and controlled.”—Gracie and Zarkov as quoted in Psychedelic Shamanism.
Some people view the use of psychedelics as a fun way to spend time with friends while weird patterns play under their eyelids. Others approach the psychedelic experience with awe and trepidation and take seriously the messages imparted to them by the “friends” who are called forth by these quasi-sacred substances. It is to the latter that Jim DeKorne, a master gardener and longtime explorer of inner realms, appeals in Psychedelic Shamanism. Devoting the first half of the book to a study of the interior states universally known to the world's shamanic healers, DeKorne lays down a strong conceptual and historical foundation for the practical information that follows in the second half. If those who endlessly babble on about “drug education” were serious about the subject, they would include this kind of book in their curriculum. AS