This study of cultural issues surrounding the development of tranquilizers since the 1950s is unusual in that it was written by a pharmaceutical “insider,” and with a tone of political cautiousness. While it is interesting to read a book on this subject without an obvious feminist or anti-psychiatry point of view, the downside is that the author seems so careful not to weigh in on the pro or con side of the tranquilizer question that he often presents a litany of conflicting papers written by others (whose credibility and viewpoint is not available to the typical reader) and seemingly presents as little of his own editorial, synthesizing voice as possible. (The style of this book may be due to its presumed academic or professional audience.)
That being said, this wide-ranging book presents a wealth of data. Subjects covered are: the typical cycle of professional and public reactions to new “miracle drugs”; the problem of defining and diagnosing anxiety; a chronology of the development of psychopharmacology through the 1970s; prescribing and utilization patterns; history of mass media coverage of tranquilizers; the information flow to doctors, including the professional press and pharmaceutical advertising; social issues such as the medicalization of human problems and the imbalance of tranquilizer use between men and women; doctors' prescribing dilemmas; and a particularly interesting chapter on the history of regulatory efforts by the FDA and other agencies with transcript extracts from the famous Kefauver hearings and other proceedings. Note: Selective serotonin reuptake inhibitors are not discussed in this book, which came out three years before Prozac. MH

“An extraordinary series of rites, by which the young Aboriginal males experience the degrees of shamanic initiation—each marked by its own portion of esoteric knowledge. Focuses on the karadji, or men of high degree, who posses magical powers and who serve as channels between the Dreamtime beings and their own communities. The karadji are believed to cure and kill mysteriously, make rain, anticipate future events, and appear and disappear at will.”

About Time explores the mysteries of time from the perspective of psychology. Our sense of time is not derived so much from direct perception as from elaborate temporal modeling within the mind, as though time were a ghost which we must throw a sheet over to see. A diversity of experiments and studies are presented which examine and define the complex interplay of neurological, psychological, linguistic, social and cultural factors which contribute to the elaborate inner edifice of temporal perception. No unifying theory is argued here, nor are the secrets of time travel “revealed”; rather, this is a delicate investigation of this singularly metaphysical of human experiences, the experience of time. DN 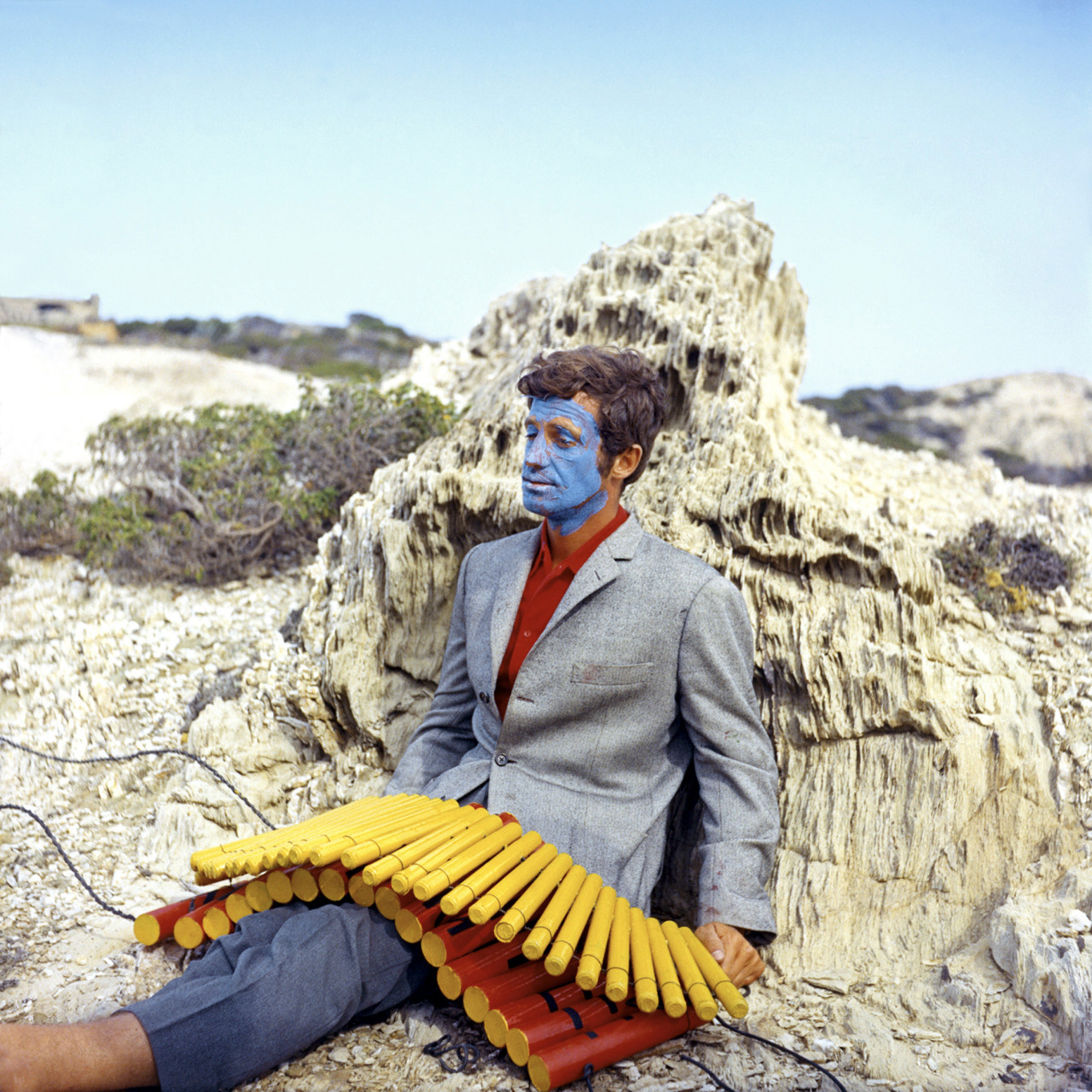 “Reveals the legendary allure, intoxication and inspiration of the famous liquor, from its first use as a medicine in ancient Greece to its prohibition before World War I, from wild stories about its celebrated users to compelling insights into its influence on art.”

“Absinthe produced a sense of euphoria similar to the effect of cocaine and opium. The drink was highly addictive and caused a rapid loss of mental and physical faculties. Despite that, Picasso, Manet, Rimbaud and Wilde were among those devoted to the ‘green fairy’; they produced writings and art influenced by absinthe.”

Discusses the drug's discovery in 1943, the CIA's covert research program investigating its effects and the crucial role that organization played in bringing it to the masses, its use by psychiatric pioneers, its impact on the antiwar movement and political rebellion in the late '60s and much more. A landmark contribution and a fascinating piece of social and political history. AK

Do you have what it takes? “Plane crash survivor Nando Parrado, half-starved, freezing, and exhausted from two days climbing… finally struggles to a snow-covered summit from which he believes he will see the green Andean foothills and a path to help and safety for him and his stranded comrades. He sees, instead, extending to the far horizon, still more snow capped mountains and is overwhelmed, for a moment, by helpless rage. He weeps in angry frustration and almost gives up, but he looks around, realizing how much he has accomplished, and pride and determination replace his rage and despair. He has achieved a personal summit, a moment of triumph and self-revelation. He will survive. He will walk out of the mountains to find help for his dying comrades—and be a genuine hero.”

Letters of the alphabet have always held a strange magical power. Each symbol represents a sound that when arranged in the proper sequence creates a new sound that unlocks the code to produce a meaning that is understood by only those familiar with the language. It is something that we all take for granted, this incredibly complex system of communication. The Alphabetic Labyrinth examines the strange history of this familiar tool: Plato saw the letterforms as reflecting ideas, Pythagoreans assimilated them to number theory, Romans made them monumental and an instrument of power, Judaism gave rise to the complex theory of the Kabbalah, Christ became the alpha and omega, the Middle Ages gave them magical powers to be used in spells, divination and occult practices; through to the emergence of Renaissance humanism and the invention of printing, which finally began to rationalize the alphabet. Theories of its divine origin and mystical significance continued into the 18th and 19th centuries but became more involved with nationalism and revolutionary political theory.
Drucker presents a well-researched and -illustrated book that compares the alphabets of many languages throughout the ages. Each one borrowed from another, but continued to pass the torch to allow the letters and language to evolve. The amount of thought and concern that our predecessors put into the development of different alphabets and the powers associated with them is sometimes strange, but more often amusing. The last chapter provides some of the more unique interpretations of the alphabet including one based on the Atlantis myth put forth by G.F. Ennis in a 1923 publication, The Fabric of Thought. “He suggested that in the nonsense syllables of a single nursery rhyme were preserved the sounds and symbols of an original human language. This rhyme, full of racist bias, he gave as: 'Ena Dena Dina Do/Catch a Nigger by the Toe/If he hollers let him go/Ina Mena Mina Mo.' Through elaborate charts arranging the letters in rows, squares, and columns, Ennis demonstrated that the nonsense syllables spelled out a primal code, each letter of which was the name of a god or king and filled with profound significance. As the English version of the rhyme was so close to the original language it proved that England was very close—geographically and spiritually—to the old Atlantis… Children and rustics, he concluded, were the true guardians of culture, and thus the continual repetition of this rhyme in the mouths of school children perpetuated the 'wonder of the code and the glory of life and death.'” AN

Encyclopedic attempt to make scholarly sense of mankind's “anomalous phenomena,” A to Z: “Sleep drunkenness: Although a period of grogginess upon waking from sleep is normal, some people are prone to becoming trapped in the two states. Unable either to return to unconsciousness or to become fully aroused, they are disoriented and behave in an uninhibited manner. Occasionally, sufferers of sleep drunkenness have committed acts of aggression, including murder. When they manage to awaken completely, they have little or no memory of the episode. Monitoring the electrical activity of the 'sleep drunk' brain has confirmed that the condition combines waking neural processes and those of deep sleep.” GR

“It was Freud's fate, as he observed not without pride, to 'agitate the sleep of mankind.' Half a century after his death, it seems clear that he succeeded far better than he expected… In June 1938, at 82, Freud began writing this terse survey of the fundamentals of psychoanalysis. He marshals here the whole range of psychoanalytic theory and therapy in lucid prose and continues his open-mindedness to new departures, such as the potential of drug therapy.” In three parts: “The Mind and Its Workings,” which embraces the development of sexual function and explores dream-interpretation as illustration; “The Practical Task,” focusing on the technique of psychoanalysis; and “The Theoretical Yield,” which explains the psychical apparatus of the internal world and its effect on the external world. GR