A series of quotes from the Bible itself, pointing out, in its own words, its cruelty, sadism, insanity, irrationality and sexism. AK

“A vivid exposé of the New Age movement, which the author reveals is dedicated to wiping out Christianity and establishing a one-world order. This movement meets the test of prophecy concerning the Antichrist.”

This remains one of the most entertaining books on magic. The lively prose is not marred by Waite’s usually heavy-handed approach. There is more lore of magic than material on magic itself. Levi’s stories are historical but one sometimes wonders about the veracity of certain facts. His storytelling is so engrossing that one hardly minds a confabulation or two. This densely packed text covers Levi’s definition of magic, biblical sources, Zoroaster, Greek, Indian and Hermetic magic, the Kabbalah, mysticism, ancient cults, paganism, Satanism, sorcerers, magicians, persecutions, popes and alchemists. His accounts of Saint Germain, Cagliostro and other 18th-century notables are particularly entertaining. Although illustrated with many Hermetic images, Levi keeps this book free of long digressions about this philosophy of magic. That he saves for Transcendental Magic (Dogme et Ritual de la Haute Magie). This book is a fast read and a quick way to pick up occult lore and learn fascinating tidbits about those in the past who were associated with magical practices. MM

First published in 1900, Carus’ book funnels all myths and religious imagery through time and space to get to the great black heart of the matter. “Evil personified appears at first sight repulsive. But the more we study the personality of the Devil, the more fascinating it becomes… The Devil is the rebel of the cosmos, the independent in the empire of a tyrant, the exception to the rule, the craving for originality; he overturns the monotony that would permeate the cosmic spheres if every atom in unconscious righteousness and with pious obedience slavishly followed a generally prescribed course.” SK

Summers was a self-appointed man on a mission from God. He was thoroughly convinced of the truthfulness of every accusation concerning witchcraft and devil worship handed down through the ages. With this concept in mind, Summers embarked upon a singularly curious career in researching, cataloging and collating every such accusation he could lay his hands on. Summers was a highly gifted writer, intelligent, if superstitious, and educated. He wrote a great number of books, all dedicated to his favorite subjects: witchcraft, Satanism and diabolic possessions. The History of Witchcraft is one of the most popular of Summers’ books, which covers all of the aforementioned topics. Nary a lascivious or shocking detail is omitted in his scrutinizing and painstaking work. Here are a few excerpts: Lord Fountainhall, in describing the devilish communion of the Loudian witches, says: “the drink was sometimes blood, sometimes black moss water.” Or this: “when the blasphemous liturgy of the Sabbat was done all present gave themselves up to the most promiscuous debauchery, only interrupting their lasciviousness to dance or to spur themselves on to new enormities by spiced foods and copious draughts of wine.” JB 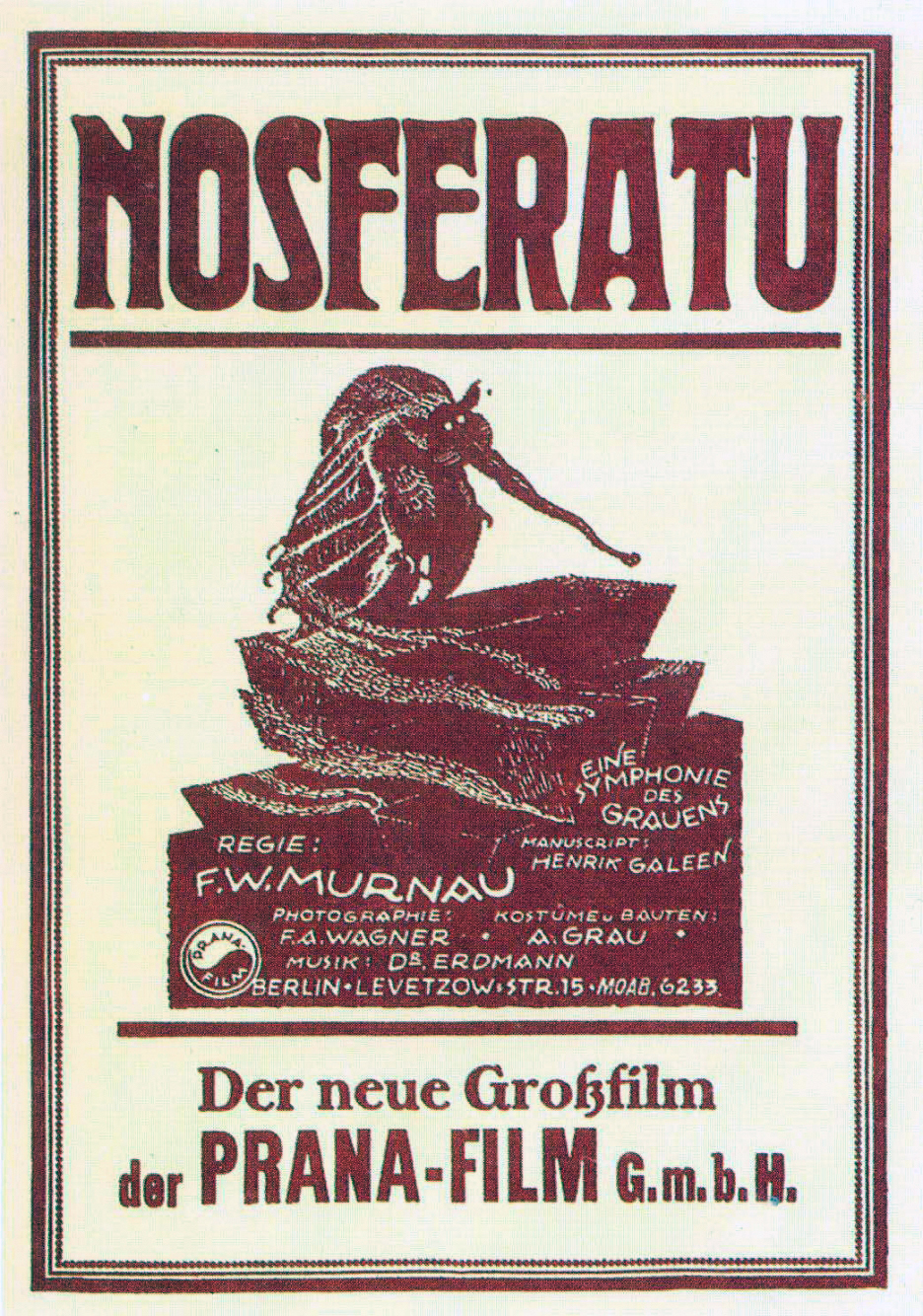 Next time you’re having a chuckle over the sub-soap opera antics of the various Greek gods, take a second to consider the behavior of the major players in the Judeo-Christian pantheon. For an omnipotent being that created the entire universe and his former second-in-command, who still holds some rather impressive titles (like “Prince of this World,” for instance), the maturity level is way below that of most suburban junior high school student mortals. With as long as God and Satan have had to work out their relationship (a few thousand years, even by the creationists’ count), one might assume that if they haven’t figured out how to get along, then they could at least keep their petty bickering and ridiculous power games between themselves instead of using a bunch of poor, dumb humans to fight their silly battles with. All this demonic possession/exorcism nonsense—it’s like a couple going through a divorce who, instead of talking things over and eventually coming to some kind of civilized understanding, just get their pet chihuahuas all riled up and toss ‘em in a pit to bark at each other until one passes out or drops dead. And these aren’t some rinky-dink, Third World, B-list deities either—these guys represent both ends of what for some reason is considered one of the “world’s great religions.” Pathetic!
And nowadays if the demon doesn’t cause enough grief for the poor chump caught in the middle of these megalomaniacs’ ludicrous tug o’ war over—of all the things neither of these jokers needs—his soul, the exorcists might stomp him to death to save him! Still, I’ve got to admit a certain guilty pleasure in reading the sometimes vulgar, often nonsensical, but almost always witty and incisive repartee—mainly a bunch of vicious barbs and insults, occasionally mixed with a Pythonesque absurdity—that seems to be the main form of social interaction for the current, better-educated generation of parasitic imps. What demons really are is a matter that’s open for speculation: whether they are actual malefic minions of Satan or merely a manifestation of some wholly banal electrochemical brain anomaly, there is definitely something going on here, and it is undeniably real.
Unfortunately, except for some kooky names like Uncle Ponto, Girl-Fixer and “The Tortoise,” the demons in this book are not quite as fond of free association as many I’ve read about. (Some of the best demon/exorcist banter is found in the book The Demonologist by Ed and Lorraine Warren.) These guys pretty much stick to the standard “your mother sucks cocks in Hell” motif, but there’s still some great high-yield nuclear insults, delivered with an attitude from… well, you know. Try this caustic quip from “Smiler,” a demon possessing a lapsed Roman Catholic girl, next time somebody is in need of a little reality check: “You ugly sod! You smelly little animal! You helpless, yelping, puking, licking, slavering, sweating, excreting little cur. You constipated shit canister. You excuse for a being. You lump of urine and excrement and snot and mud born in a bed on bloody sheets, sticking your head out between a woman’s smelly legs and bawling them when they slapped your arse and laughed at your little red balls—you… creature!” Owee! It’s lines like this that forced the Holy See to add the phrase “I know you are but what am I?” to the Holy rite of exorcism in the Ordinatio Sacerdotalis proclamation of 1994. DB

“From earliest childhood I have loved Jesus Christ and wanted to serve him,” said Warner Sallman, and serve him he did—to over 500 million mostly Protestant consumers between 1940 and 1984. The Head of Christ is perhaps the world’s most popular image, bringing wallet-size comfort and protection to millions of U.S. soldiers in World War II courtesy of the Salvation Army and the YMCA, inspiring countless conversions and reportedly weeping tears of blood in Roswell, New Mexico, in 1979. It has been admired as “a true portrait of Christ,” a perception verified by devotees in actual visions of the savior. Most importantly, it has provided solace when the going gets tough and paved the way for millions of worshipers to a greater intimacy and communion with the Lord.
The six essays that make up this book address different questions raised by Sallmania, exploring the whys and hows of his oeuvre’s astounding success. Sallman seems uniquely chosen to have served Christ as an artist: The son of devout Swedish immigrants, young Warner was tutored in painting by his carpenter father. He studied commercial art at the Art Institute of Chicago, then went on to work for some of Chicago’s top advertising agencies. There he mastered that most American of skills: the creation of images which can be all things to all people. Mimicking Hollywood glamor shots of the time and creating a feeling of immediacy by following the conventions of contemporary portrait photography, Sallman conjured a Christ which could express whatever an individual’s needs dictated. Sallman, though seemingly very sincere, knew not to change the formula when classic Coke was what people wanted: Most of his other famous images feature an identical head of Christ atop a differently postured body in a different setting.
While legions flocked to Sallman’s Jesus, various Protestant factions wrung their hands. Liberal Protestants were embarrassed by it, preferring abstraction, the alienated, revelatory “thinking-man’s art.” African-Americans and others were angered by its ethnocentrism. Intellectuals saw it as a debased and dangerous product of the proto-fascist culture industry. Alfred Barr, founder of MOMA and son and grandson of Presbyterian ministers, in a buried chapter of his life issued a report from a commission he founded under the auspices of the National Council of Churches’ Department of Worship and the Arts. The proclamation called popular images of Jesus “art on the level of cosmetic and tonic advertisements,” adding, “They call for iconoclasm.” With 14 color and dozens of black-and-white reproductions, this book is a delight for anyone interested in religious iconography, Caucasian culture or popular art. MH

The autobiography of Joan of Arc (1412-1431)—soldier, heroine, martyr, saint—culled from the transcripts and testimonies of her condemnation trials. The broadest, most extraordinary aspect of the life of Joan—the peasant girl from the village of Domremy who, guided by Heavenly voices and visions, successfully lead France into battle against the English only to be burned at the stake for heresy at the age of 19—is that it indeed took place. Events that understandably read like myth—all dictated by her courage, her tenderness, her iron will and unwavering devotion to her countrymen and God—are substantiated herein by documentary proof (from her own articulate mouth as well as from those of her merciless inquisitors). Despite the remarkable and tragic events that defined her brief existence, she possessed, from the beginning, an unconquerable faith that never dimmed—even at the moment of her execution: “I pray you, go to the nearest church, and bring me the cross, and hold it up level with my eyes until I am dead. I would have the cross on which God hung be ever before my eyes while life lasts in me. Jesus, Jesus!” MDG

The devil wears love beads. “For the first time ever, a New Age leader tells the INSIDE story… the tale of seduction, from teenage dabbling in Eastern religions to a meteoric rise in New Age leadership… In the midst of a storybook career, Baer had a dramatic and horrifying encounter with the evil forces behind the New Age movement. Experience this mysterious and often bizarre world as Baer exposes the New Age Movement.” The author of Windows of Light: Quartz Crystals and Self-Transformation has a confession to make: He was brainwashed. GR

The iconoclastic magnum opus of Mme. Blavatsky, the founder of Theosophy and source of 19th-century occultism and spiritualism—“a plea for the recognition of the Hermetic philosophy, the anciently universal World-Religion, as the only possible key to the Absolute in science and theology.”
Volume 1, Science, includes “Ancient Traditions Supported by Modern Research,” “Psycho-Psychical Phenomena,” “Prejudice and Bigotry of Men of Science,” “Ancient Cryptic Science,” “Man’s Yearning for Immortality,” “Projecting the Force of the Will,” “Turning a River Into Blood, a Vegetable Phenomenon,” “The Pantheon of Nihilism,” “Philosophy of Levitation,” “Suspended Animation,” and much more.
Volume 2, Religion, includes “Magic and Sorcery Practiced by Christian Clergy,” “Roman Pontiffs Imitators of the Hindu Brahmâtma,” “Were the Ancient Egyptians of the Aryan Race?,” “Esoteric Doctrines of Buddhism Parodied in Christianity,” “The Apocalypse Kabalistic,” “Comparative Virgin-worship,” “Lying Catholic Saints,” “Bloody Records of Christianity,” “Strict Lives of Pagan Hierophants,” “Freemasonry No Longer Esoteric,” “Gnostic and Nazarene Systems Contrasted With Hindu Myths” and so much more.