The historical case of a possessed convent of nuns and a village vicar accused of sorcery inspires Huxley’s fascinating, learned investigation into the enigma of witchcraft, mass hysteria and personal mysticism.

“Sixteenth-century classic that set out to disprove the existence of witches. In his attempt to expose the absurdity of ideas about the supposed nature of witches, Scot compiled one of the fullest accounts of charges against witches, witch trials and the practice of the black arts. Included are excerpts from writers of the Spanish Inquisition, interviews with convicted witches and opinions of medical authorities. Scot discusses poisoners, jugglers, conjurers, charmers, soothsayers, figure-casters, dreamers, alchemists and astrologers and, in turn, sets down the actual practices of each group and shows how the acts depend not upon the devil but upon either trickery or skill. King James later found Scot’s opinion so heretical that he ordered all copies of his book to be burned.”

“A unique compendium of anthropomorphic personifications of Death from historical to present-day phenomena including traditional and non-traditional death encounters told in the words of those who have experienced this growing phenomenon: ‘Three years ago I had surgery to have a cyst removed from my ovary. I was not doing too well after the operation and I kept slipping into darkness. I would fight my way “back’” each time. Once I saw Death as a handsome lover waiting for me in the corner of the room. He came over, kissed me and said that “it wasn’t time to be together yet.” At that moment I wanted to go with Him but was jolted back, and my recovery after that point was amazing.’”

An A-Z of the people, myths and practices of witchcraft from the beginning of time to the contemporary. Featuring over 400 entries and over 100 illustrations, this is a relatively complete guide spanning the last couple thousand years. From “Hecate” to “Hocus-Pocus” there’s everything for the initiated seeker. The best things about this book are the photos and listings of famous contemporary witches: Laurie Cabot looking like Cher from her Vegas days; Z Budapest playing the foxy feminist radio DJ; and Dr. Leo Louis Martello resembling a collared Charles Manson. These biographies alone make this encyclopedia unique because most witches dictionaries list only the gods and goddesses and not the humans who make it all happen. MDH

“The Rapture… The Beast… The False Prophet… The Four Horsemen… It is foretold that during the end-times two-thirds of the 5 billion people on the Earth will die and Christ will return for the remaining Christians. Reading this book will introduce you to the main players and prepare you for the reign of the Beast.”

“An examination of the Greeks from primitive ritual to the Rites of Eleusis. This is a superb piece of material on the Mysteries.” 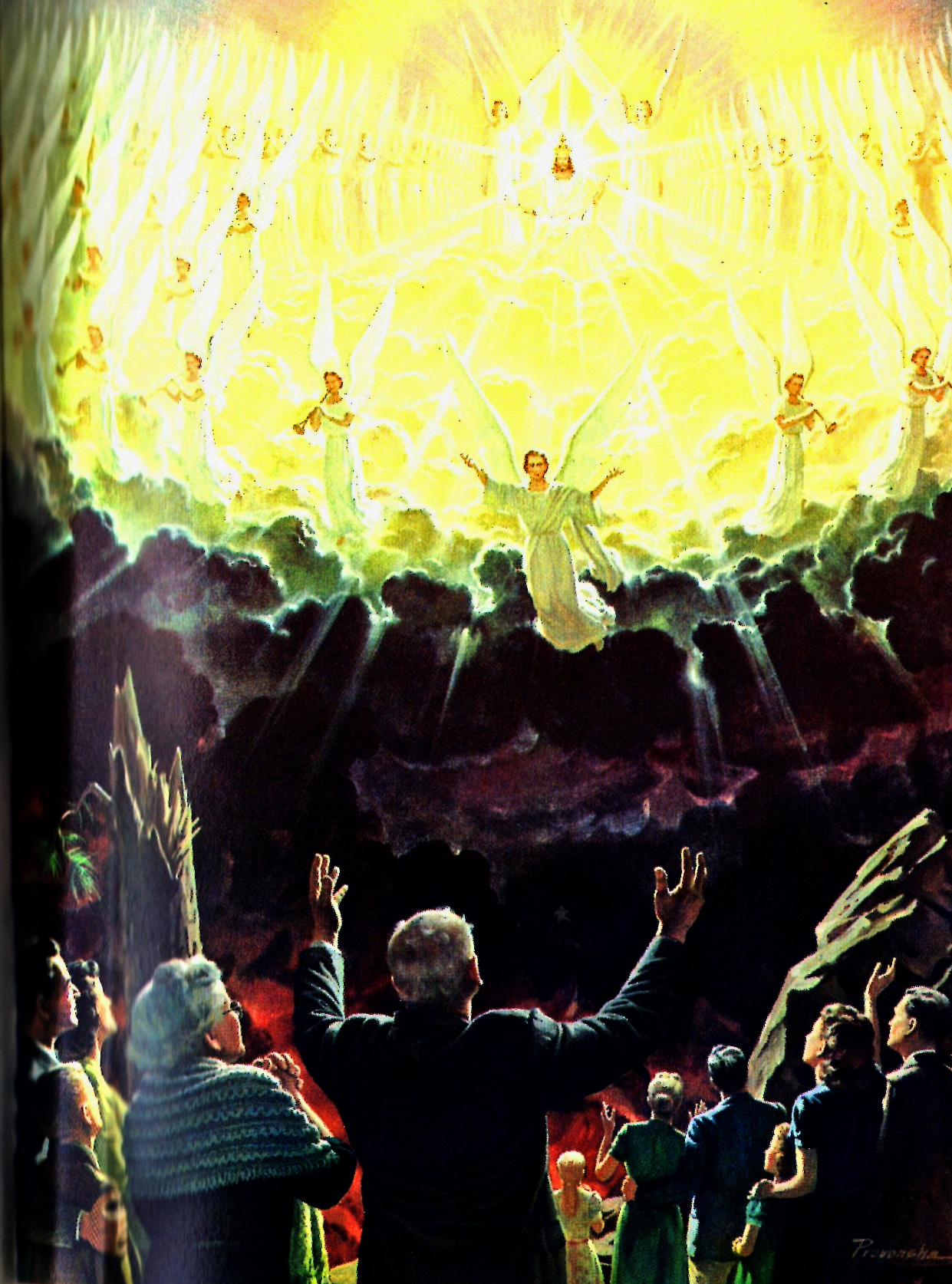 The world’s been going to hell in a hand basket since the beginning of recorded history. All hell broke loose during A.D. 1000. The year 2000 won’t be any different. Folks are already taking bets on the date. Shaw’s book takes on apocalyptic thinking at full throttle with the history of The End through various religions, cult leaders (remember that a religion is only a successful cult) and scientific hysteria—everything from the Catholic Church, which stated in A.D. 999 that the rapture would be here the next year, to the joys of nuclear winter to the countdown to the final date of December 12, 2012, as proclaimed by Terence McKenna and Jose Argüelles. So far, however all nigh-sayers have been wrong and they will most likely continue to be so. SC

Though mentioned only a few times in the Hebrew Bible, the notion of the “evil eye” figures frequently in the Talmud, Zohar and midrashim. It was, in fact, commonly assumed that many of the most revered rabbis themselves wielded this power against listeners unreceptive to their message. Much of the evidence produced in this volume demonstrates how this belief has been used to reinforce obedience to the mitzvahs. We learn that the evil eye was often equated with an envious glance, and that the sin of envy, in turn, was often produced by ostentatious displays of wealth or some form of vanity which would bring the recipient into a position of high visibility and therefore vulnerability. The evil eye is also associated with the taboo on the exchange of prolonged gazes between the sexes, a reason for the veil and the expression “setting one’s eye on” to euphemistically denote sexual conquest. The hypnotic power of the kohl-blackened feminine eye is discussed as is the inescapable gaze of the Angel of Death, whom the Talmud describes as being completely covered with eyes.
The representation of ritualistic countermeasures by magical charms, such as a “spoken” spell worn as a scroll or a protective gesture of the hand “frozen” in a five-fingered amulet is likened to the religious use of phylacteries worn in the temple, the household mezuzah (inscriptions on door post) as well as later more secular forms of feminine jewelry. Spitting and obscene gestures, it turns out, are also particularly efficacious against the evil eye, and the various rabbinical sources quoted on these topics are by turns entertainingly self-effacing and earthy. RA

The Isenheim altarpiece, painted sometime around 1515 by a man known now as Grünewald, is the touchstone of this work of dark fantasy and bold speculation on evil and the divine. Boils and black pustules being more evident in this multipanel painting than the conventionally depicted lacerations, Grünewald’s pestilent Christ suffers from the inside out. He thus embodies evil, and, seen this way, is a unique and powerful symbol to the syphilitic patients for whom the altarpiece was painted, and, by extension, for us today.
After establishing evil and disease as being correlative with the beauty and blessing of sensuality, Monick presents his most startling passages. He imagines potent, archetypal sexual relations between Christ and the four main figures who appear with Him in the Crucifixion panel: John the Evangelist, Mary, Mary Magdalene and John the Baptist. What if Jesus lived as a man and through sexual love contracted syphilis?
“Once one is contagious, involved personally in the inexorable illness, Grünewald’s crucified Christ might be seen as I imagine the Isenheim patients might have seen that stark image dominating their chapel: a revolutionary picture of psychological reality quite aside from one’s faith in a particular religious system. Moralizing about sexual preference and behavior becomes irrelevant; the issue is sickness and death. Even the gods get sick and die, as the Isenheim Crucifixion demonstrates.”
At times irritatingly personal, this book is also expansive and imaginative, dealing, as it does, with “paradox rather than reason, [as] a guiding principle of psychological truth.” Included are interesting discussions of homeopathy and the medical establishment, Susan Sontag, Tim Rollins and KOS, and an illuminating comparison of Grünewald and Albrecht Dürer, who was his contemporary. The author opens up many doors through his meditations on this rich icon. JTW