True, completely documented listings of outrageous, horrendous, truly twisted, tragic yet rip-roaringly funny deaths. Hardy har, death is a riot, eh wot? Chiefly compiled from the archives of Fortean Times magazine. You may as well get a couple examples just for kicks:
• A shy Japanese couple wait 14 years before consummating their desires for the first time. They both have heart attacks during the act. Whoever said “a little coitus never hoitus” is a goddamn liar!
• A British bricklayer died laughing while watching a “fight between a set of bagpipes and a black pudding” on the TV show The Goodies.
You ain’t read nothing yet. The reader also gets death in manure pits, avalanches of books, factory robots gone berserk, sickening sex mutilations, deaths by stupidity, death by swallowing a miniature deck of cards, suicide following a pet chicken’s death, voices prompting atrocious mass crimes (“The Martians made me do it”), Malaysian lucky-lottery sacrificial beheadings, death by overeating (72 snails), animal kingdom revenge sagas, funeral tragedies resulting in multiple burials… and on and on. If you can think of it, the Grim Reaper has done it—and beyond. This book is a morbid variation on “News of the Weird”-type reading. Yet—this sort of info also hints at the myriad variations on any theme—even the darkest—in this delicious world we live… and die in. CS

Fred and Rose West were your almost-typical English couple: quiet, attractive to each other if no one else, happy as clams and fond of killing hapless young women—including Fred’s stepdaughter, his first wife and the nanny—and then burying them in the cellar, the back garden, underneath the bathroom floor and in handy fields nearby. For over 20 years the Wests stayed busy, committing at least nine murders together, often sexually torturing the victims before dismembering and decapitating them. Sounes, who broke the case in the British press and gained exclusive interviews with the living participants, writes clearly if without inspiration; but the story of the Wests is remarkable enough to hold a reader’s interest even if Sounes had seemingly grown a little bored with it by the time he wrote the book. JW

A short history and critique of control-unit prisons. AK

Part absolution and part apology, this, the first volume of a posthumously published autobiography, begins on the morning of November 16, 1980 with the tragic death of the author’s wife at his hands. As the influence of academe was brought to bear upon the local authorities, the French proto-Marxist was deigned unfit to plead on his own behalf and sent straight to the sanitarium without arrest or trial—a merciful outcome for anyone other than an intellectual, that is, one in the business of “speaking his mind.” Returning several years later to the scene of the crime, Althusser attempts to reconstruct the defense he was denied, and to supply some crucial answers to a resentful public and even to himself. “I intend to stick closely to the facts,” says he, “… but hallucinations are also facts.”
Tracing his troubles back to earliest childhood, to his name in fact—Louis was his mother’s beloved first husband, killed in the war—Althusser describes his haunted experience with dispassionate candor. In the process we come to know the boy continually plagued by his own absence and inauthenticity—a self virtually destined from the start to disappear. Taking refuge in his studies and subsequent academic career, Althusser distinguished himself as a scholar and the foremost authority on Marxist analysis which he revised for the hippie generation through his influential concept of the “state apparatus.” Yet periods of concentrated production and lucidity inevitably gave way to paralyzing depression: the eminent philosopher gracing the halls of higher learning one day, and the loony bin the next. Shuttled from one institution to another, Althusser remained a shut-in for the greatest part of his life, first at home with his domineering mother, then as a POW during World War II, and finally within the ivory towers of academia. His political imagination flourished within these closed quarters, as did the various maladies which finally overwhelmed his reason.
A latter-day Oedipus wandering through the wreckage of his life, Althusser seeks through writing to probe the central blind-spot, to suspend the self at the point where it vanishes, or fractures into separate compartments, be they Marxist, misogynist or just mad. The revelations which follow are a little hard to swallow perhaps, but it is entirely to his credit that he doesn’t try anything “easier.” Just as tenuous and volatile as the lines which connect radical theory to revolutionary practice are those that bind the subject to the object of love. Retaining no memory of the fatal act itself, nor even a prompting desire, Althusser argues that killing his wife amounted in effect to a kind of suicide; that by destroying “the other” through whom he gained his meager identity, he himself would cease to be. It is a scenario worthy of Robbe-Grillet: The detective discovers not only that he is the perpetrator but simultaneously the victim of his crime. JT 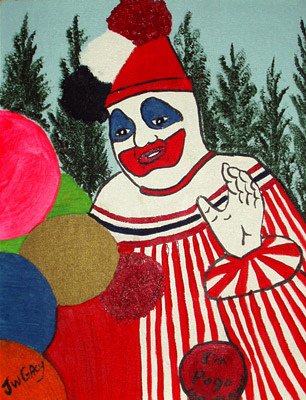 Asbury’s informal chronicle of gang life in New York before the first World War is an eye-opener for anyone operating under the delusion that “those were the good old days.” Conditions in neighborhoods like Hell’s Kitchen and the Five Points put modern slums to shame. And they had gangs to match. Huge mobs of members of such hard-nosed organizations as the Dead Rabbits, the Plug Uglies and the Bowery Boys would stage pitched battles lasting for days. And when they decided to riot, the result was the Draft Riots, which were like all the riots of 1967 rolled into one week in 1863 Manhattan, only worse. There was even a police riot, when rival gangs of cops duked it out in front of City Hall. A wild book about wild times. JM

Random murder and savage overkill, mind control and bad trips, Satanism and witchcraft, cursed glamour, Haight-Ashbury, rock’n’roll, biker gangs, sexual rebellion and dune buggies tearing across Death Valley in search of the “hole in the Earth” …
The Garbage People is a gripping account of one of the most chilling and fascinating crime sagas of our time, now in a revised and updated edition containing 32 pages of never-before-seen photos. New vectors into the kaleidoscopic tale which spins inexorably out of the slayings emerge with new material on killer Bobby Beausoleil and his some-time occult alliance with experimental filmmaker Kenneth Anger. The new photo section includes previously unpublished and very graphic crime-scene photos and postmortem documentation which depict the aftermath of the Manson Family’s frenzied brutality, as well as images of life in the Family from before the murders to the present, important locations and personalities and the radiant beauty of slain actress Sharon Tate.

Barbecues our Western heritage over the mesquite pit of mythology. “Suggests that violence in modern America is rooted less in the conquest of the frontier than in the formation of the modern city… research produces evidence of a powerful set of shared values that rigorously limited violence to consenting adults.” It wasn’t the West that was wild, it was us. Two frontier mining towns—Bodie and Aurora, California—are exhaustively researched, and the surprising and keen-eyed result “yields valuable insights into lives of the men and women who lived—and died—in them.” Chapters include: “The Esmerelda Excitement,” “Robbery, Rowdyism and Combat,” “In Illegal Pursuit of Wealth,” “Violence and the Minorities,” and “No Goodee Cow Man.” Lots of violence—funny, sad, dirty and stupid. GR

“Isaac C. Parker, the stern U.S. judge for the Indian Territory from 1875 to 1896, brought law and order to a lawless frontier region. He held court in the border city of Fort Smith, Arkansas, but his jurisdiction extended over the Indian tribal lands to the West. Pressing juries for convictions, Parker sent 79 convicted criminals to the gallows—as many as six at a time. It is said that Parker on occasion aided the prosecution, coached government witnesses and intimidated those for the defense, stretched the law and influenced the jury. It’s nice to know that some things haven’t changed. This new edition includes a foreword by Larry D. Ball, who situates Parker’s court within the context of unrest and rising crime in the Indian Territory. The book is both a scholarly treatment and a fun read, full of frontier wit and even some gallows humor.”

It’s pretty well known that Britain basically went noose-crazy in the later 18th and early 19th centuries, hanging people for the most trivial offenses before appreciative crowds. There’s plenty of stuff (mainly from capital-punishment abolitionists) on the period, but The Hanging Tree is the first social history of the institution to look at what your average Englishman thought of the whole thing. Gatrell carefully examines the entire milieu, paying special attention to the attitudes of the mob towards these exhibitions they attended so enthusiastically. Gatrell also digs out some interesting material from the condemned’s appeals for mercy on the social conditions of the average Englishman—and it wasn’t as prim and proper as you might think. JM

Twenty-five killers-for-hire from the files of True Detective magazine. “Life is cheap! Driven by greed and revenge, passion and profit, they act as judge, jury and executioner, risking all to stab, slash, torch and shoot down their victims in cold blood. Some do it for love. They all do it for money!… Read about: Oregon’s Jon Patrick Thompson, the trigger-happy stud who killed to satisfy his vengeful she-devil lover; Texas drug dealer Andrew Cantu, who savagely stabbed three senior citizens to death for quick cash; Geraldine Parrish, Baltimore’s greedy queen of crime (how did John Waters miss this one?) who schooled her bloodthirsty brood in the art and profit of murder! From career killers to professional assassins and disturbed sociopaths…” they’re all here. GR