“At the height of morning rush hour on March 20, 1995, the deadly nerve gas sarin poured into the Tokyo subway system, killing 12 people and injuring 6,000 more. This horrifying attack on the public was carried out by the Aum Supreme Truth cult, a high-tech billion-dollar empire of New Age zealots led by Shoko Asahara, a charismatic charlatan… The cult recruited some of Japan’s brightest students and scientists, indoctrinated them with a paranoid combination of Eastern beliefs and the Judeo-Christian idea of Armageddon, and manipulated them with designer drugs and mind control. Asahara sent cult members to Russia in the confusion following the fall of the Soviet Union in order to gain new converts among the Russian scientific community and to acquire nuclear weapons for the cult. Others were dispatched to Zaire to collect the deadly Ebola virus from the heart of the hot zone. All of these activities had one purpose: to realize Asahara’s vision of the end of the world.”

On torture and torment inflicted by the church and the state, first published in 1896. Chapters include “The Ducking Stool,” “The Stocks,” “The Pillory,” “Punishments of Authors and Books,” “Military Punishments” and “Branding and Maiming.”

A three-year photographic study of death in South America, Southeast Asia and Russia. This book begins with a grim Russian death scene. The deceased woman has multiple wounds or burns on her face and black dried blood on her mouth—a candle, coffee cup and clock sit on an old, beat-up nightstand—very bleak. Other shots include: cracked heads, cemeteries, dead children, maggots, autopsy photos, gunshot victims, a severed arm holding a chrome strip from the car that severed it and more. All color photos on black paper. DW 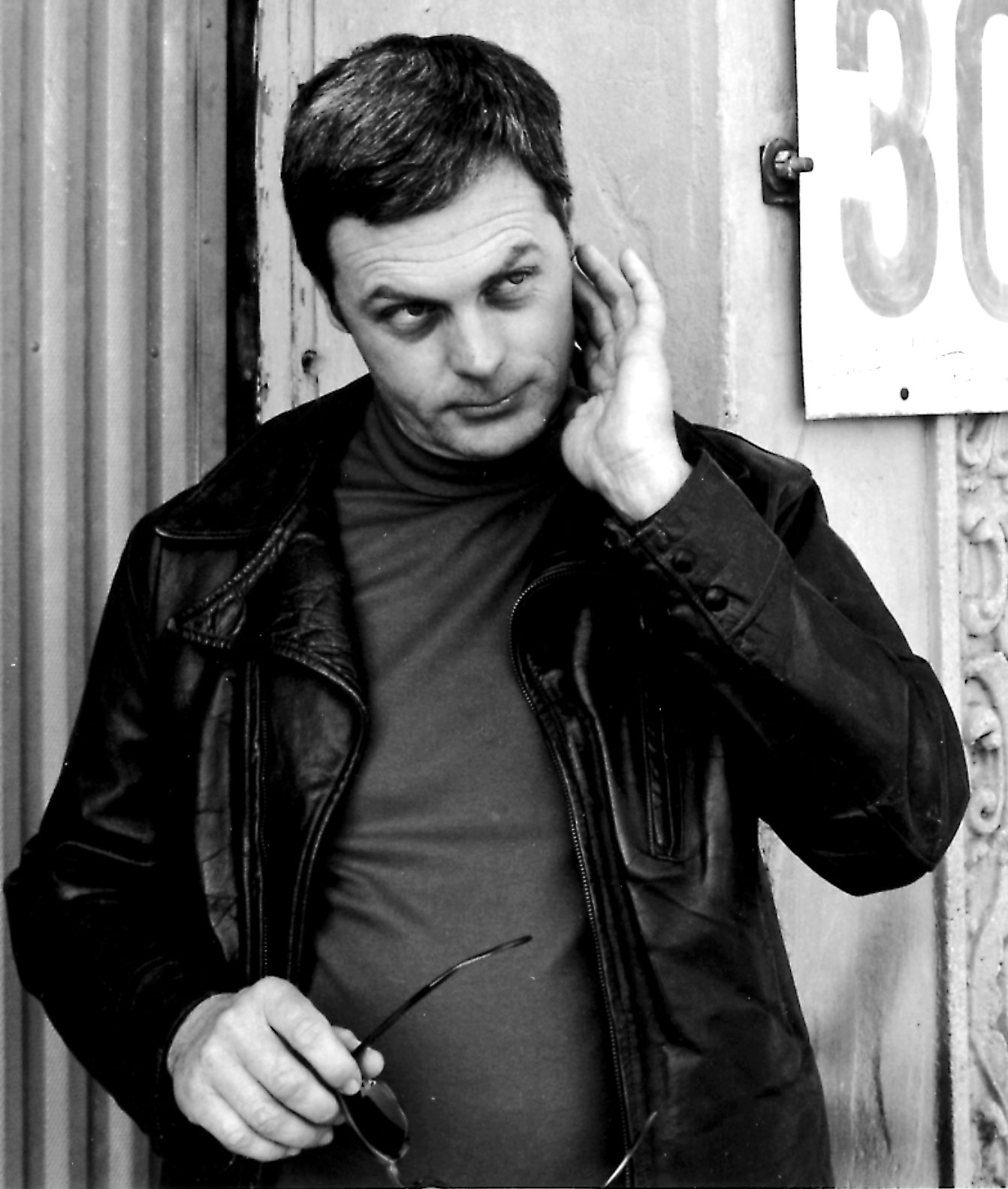 The death of Texas multimillionaire William Rice (founder of Rice University) in 1900 was the starting point for one of the strangest murder cases in U.S. history. Albert Patrick, a young lawyer, was quickly arrested for the crime. He had been running all over town cashing checks forged on Rice’s account, and had almost undoubtedly forged the will bequeathing the bulk of the Rice estate to him. He was convicted and sentenced to death after a lengthy, controversial trial.
But that was not the end. Over the years, the lingering doubts about the case grew. Patrick’s sentence was first commuted to life imprisonment. And then, several years later, he received a full pardon. Friedland, a University of Toronto law professor, is primarily interested in examining the proceedings as a case study of American justice, so there’s plenty of transcripts and analysis of the legal maneuvers. But for all the footnotes the writing isn’t turgid, and Friedland holds off on his revisionist tack (he thinks Patrick was guilty of no worse than forgery) to the end. JM

“A full moon, stealthy hunter’s moon, stage-lit a weedy patch of nowhere in Lexington, Kentucky’s gritty, workhorse east end that cool late April night 1986. The theater of death illuminated by its cherub face was the third such horror show Lexington lawmen had rushed to in as many hours. This one shrieked even more of lunacy than the others. Two people were horribly slain, a third was dying of wounds too cruel to believe. Two others had been killed at the earlier sites. All were victims of a furious, maniacal savagery beyond anything the veteran cops had ever seen. Raging, demented, unfathomable violence had visited their city under the full moon’s guiding lamp. Quietly, reluctantly, the investigator had begun to say among themselves the word lunatics.”

“Roster of all 2,928 death-row inmates”—includes mug shots arranged high-school annual style of selected murderers, short descriptions of their crimes, arrests and possible methods of execution and a list of inmates executed since the last roster. Front section has detailed statistics on capital punishment in the U.S. and in-depth “profiles” of selected death-row inmates written by local journalists from where the crimes were committed.

“The purpose of this collection of homicide pictures is to show the work of the peace officer and his problems… after viewing this work it will undoubtedly bring about a better understanding between the law enforcement officer and the public which he serves.” So wrote LAPD Homicide Detective Jack Huddleston in this scrapbook which he kept for over 30 years. In her excellent introduction Katherine Dunn considers at length some of the reasons Huddleston might have kept such a scrapbook, but ultimately his rationale remains a mystery. Readers, beware (forensic fans, celebrate)—the photos herein are as intense as any that as have ever been published and unlike the oddly lovely images in Luc Sante’s Evidence, there’s nothing remotely aesthetic about them. After a single viewing, some of the images will be seared into your brain for the rest of your life, and you’ll wish they weren’t. No other book is remotely like this one. If you want to confront death without walking in front of a bus, this is the next best thing to taking that mortuary job. JW

Schechter, the esteemed author of the true-crime classics Deviant and Depraved, has done it once again with Deranged. Having created probing, insightful, meticulously researched biographies of seminal American serial killers Ed Gein and Albert Fish, Schechter has now turned his morbid attentions to the man who was arguably the first serial killer to captivate and horrify the imagination of the American public—Herman Mudgett, a.k.a. the dashing Dr. Harry Holmes. A master poseur, seducer, bigamist, forger, insurance defrauder, get-rich-quick schemer, con artist and deadly Bluebeard, Mudgett committed a string of cold-blooded murders for profit in the early 1890s of such staggering ingenuity and complexity as to earn him the tabloid sobriquet of “villainous arch-fiend.” Embodying the boundless energy of the Gilded Age, Mudgett set to his grisly enterprises with the calculated drive and cunning of a J.P. Morgan, an Andrew Carnegie and a John D. Rockefeller, all rolled into one. An eerie precursor to the Vincent Price character in House of Wax, Mudgett’s homicidal and entrepreneurial excesses even drove him to build his own “murder palace”—a three story Victorian monstrosity on the outskirts of Chicago which featured such ghoulish amenities as a gas chamber, soundproofed rooms, secret stairways and body chutes which lead directly to the hidden dissection/rendering/crematoria facility in the basement! It doesn’t get any weirder or more compelling than this and thanks to Schechter, it doesn’t come any better researched or written either. AD

“In May 1928, a kindly old man came to the door of the Budd family home in New York City. A few days later, he persuaded Mr. and Mrs. Budd to let him take their adorable little girl, Grace, on an outing. Albert Fish appeared to be a harmless, white-haired grandfather. The Budds never guessed that they had entrusted their child to a monster… The truth behind Grace’s murder was so revolting, so shocking, that it changed American society forever. What Albert Fish did to Grace Budd, and perhaps 15 other young children, went beyond every parent’s worst nightmare. And he did it in a way that caused experts to pronounce him the most deranged human being they had ever seen.”
“A few years ago, I wrote a book called Deviant about the Wisconsin ghoul Edward Gein, who served as the model for Psycho’s Norman Bates. While researching the book, I wrote to Robert Bloch, author of the novel upon which Hitchcock’s classic terror film was based, to ask, among other things, why he thought so many people continued to be fascinated by Gein. Bloch replied, “Because they are ignorant of the activities of… Albert Fish.”—Harold Schechter

For all the ink that’s been spilled over Wisconsin’s favorite murderer/necrophile, there’s been a surprising paucity of books on the guy. Until Deviant, the only one was an obscure small-press volume written by the judge at his 1968 trial. Kind of surprising for the murderer who inspired Hitchcock’s Psycho (and who makes Norman Bates look positively well adjusted by comparison). But any other book is now superfluous; Deviant is the definitive book on Gein. Schechter covers all the bizarre twists and turns in ol’ Ed’s story—the grave robbing, the bizarre corpse “experiments” and ultimately the murders, with a thoroughness that is unlikely ever to be surpassed. JM