Year-by-year reference covers every major murder case from 1900 to 1992. “The world has lost count of its psychopaths and psychotics, those madmen throughout history who have slaughtered with no discernible reason—no gain, no lust; cold, calculating killers. Killers like the fanatical Nazi sympathizer Joseph Franklin, who shot dead mixed-race couples; like Harvey Carnigan, who was acting as an ‘instrument of God,’ killing to rid the world of sin and Herbert Mullin, whose ‘voices’ told him that only through bloodshed could he avert a cataclysmic earthquake which would destroy California.” GR

Year-by-year reference covers every major murder case from 1900 to 1992. “The world has lost count of its psychopaths and psychotics, those madmen throughout history who have slaughtered with no discernible reason—no gain, no lust; cold, calculating killers. Killers like the fanatical Nazi sympathizer Joseph Franklin, who shot dead mixed-race couples; like Harvey Carnigan, who was acting as an ‘instrument of God,’ killing to rid the world of sin and Herbert Mullin, whose ‘voices’ told him that only through bloodshed could he avert a cataclysmic earthquake which would destroy California.” GR

The author presents a chilling portrait of the Soviet Union’s most infamous sexmurderer, Andrei Chikatilo, whose known death count was numbered at 53 victims. Chikatilo’s “calling card” was a vicious stab wound into the eyes of his helpless prey, usually young children.
Chikatilo’s case is classic in a psychiatric sense. His victims were mainly youngsters, and he was a sexually repressed schoolteacher who was often ridiculed by his students, who referred to him as “Antenna” or “Goose.” Chikatilo’s case parallels that of John Wayne Gacy: both men imagined that they had suffered wrongs at the hands of youngsters whom they themselves victimized. Later these imagined wrongs became the catalysts for their crimes. JB

From the author of Severed and The Garbage People comes the lurid and bizarre tale of Charles Schmid, the infamous “Pied Piper of Tucson,” a real “lady killer” in more ways than one. Schmid was a charismatic psychopath who stuffed tin cans in his boots to make himself appear taller and smeared oil stains on his face to give the appearance of a beauty mark, and the girls fell for him, one by one by one. JB

“In the backwoods of Virginia, he was born to kill… Henry Lee Lucas was schooled in sexual deviance and cruelty by an abusive mother. He soon derived twisted pleasure from torturing farm animals, then savagely slaying them. At the age of 24, his lust for killing led him to take his first human life… his mother’s. In and out of prison until he was 33, this quiet, polite, one-eyed drifter would keep on murdering, and leave in his wake a death toll so staggering that the actual number of victims may never be known… Here is the true story of Henry Lee Lucas’ confessions of murder, rape and mutilation—from the victims he chose by chance to his equally depraved partner, Ottis Toole, and his young niece, Becky, who found love and death in Lucas’ arms. This startling book examines Lucas’ cross-country spree that ended with his arrest in Texas and the gruesome legacy that began when his confessions led Texas Rangers to buried human remains. The investigation became even more bizarre when Lucas began confessing to crimes he didn’t commit—and when a D.A. from Waco claimed that the diabolical killer was entirely innocent.”

“Gates, Daryl: (1926- ) chief of the Los Angeles Police Department from 1978 to 1991.” Praised by the president as “an American hero and the nation’s ‘top cop,’ but condemned by others as a neo-fascist and racist… He was field commander during the Watts riots of 1965 and was appalled by the department’s failure to quell the mass violence… By late 1967, Gates had developed D Platoon, ostensibly an anti-sniper group consisting of an elite corps of highly disciplined officers using specialized weapons and tactics and ranked in the top 25 percent of the department for physical skills. Consisting of 220 men, including 60 crack marksmen formed into five-man teams, D Platoon, as Gates later observed, would ‘revolutionize law enforcement agencies all over the world.’ To [Gates’ predecessor Chief William] Parker, Gates proposed calling D Platoon a SWAT team- ‘Special Weapons Attack Team.’ When Parker objected to the word ‘attack,’ Gates, having developed an affection for the acronym he had invented, proposed ‘Special Weapons And Tactics’ instead. Parker agreed.”
Twenty-four years later, Gates resigned as chief of the Los Angeles Police Department. Ironically, he had failed to quell the Rodney King riots, a direct result of his “racism and violent-reaction” policies. GR 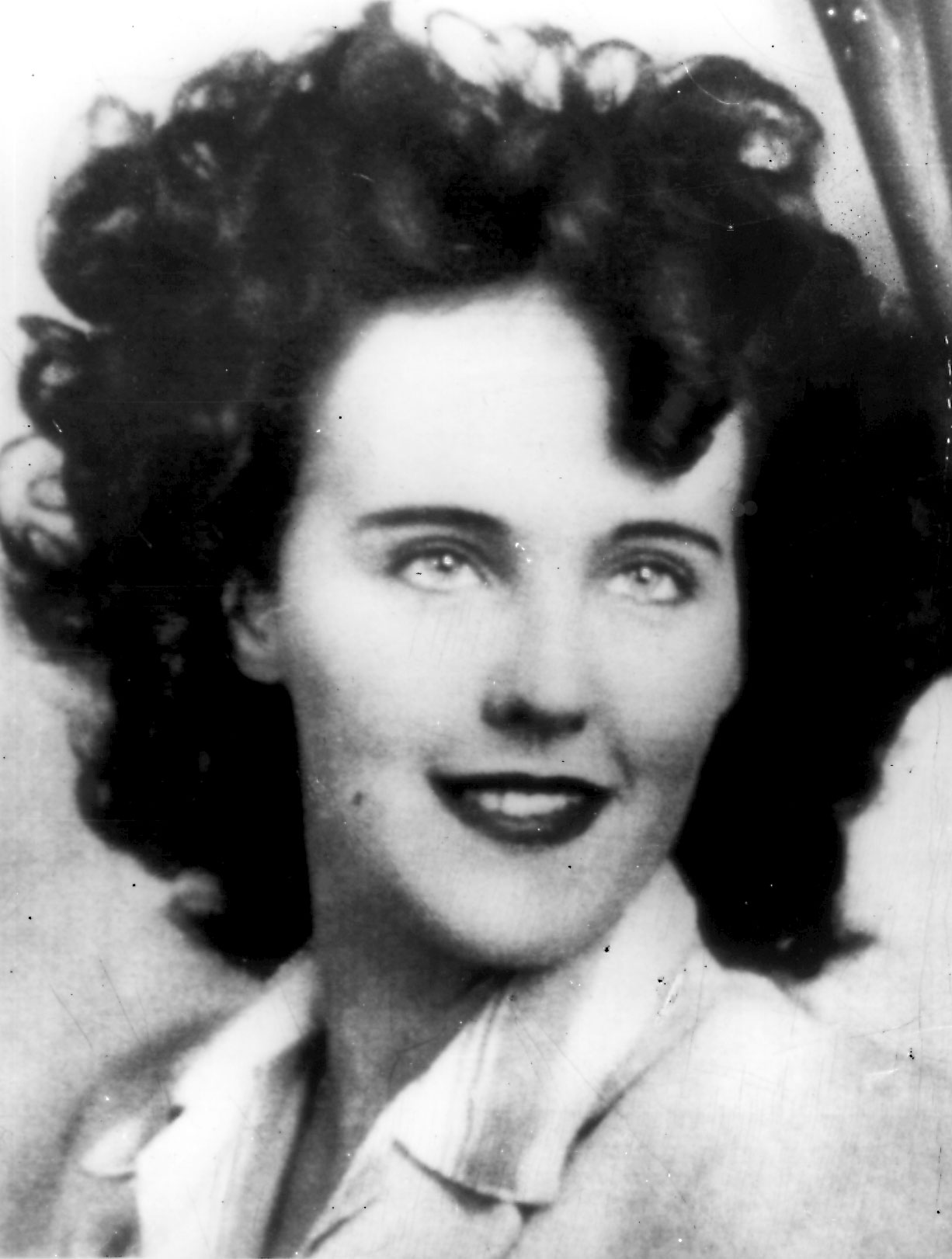 Crime grows and mutates in an ongoing race with our country’s ability to name it and tame it. “In a panoramic history of our criminal system from colonial times to today, one of our foremost legal thinkers shows how America fashioned a system of crime and punishment in its own image.” How crimes change: “About three and a half centuries ago, there was a stir in the colony of New Haven, Connecticut. A sow had given birth to a ‘monstrous’ piglet. In the minds of the colonists, this was no accident… Specifically, it had to be a sign of sin, a sign of a revolting, deadly crime: carnal intercourse with the mother pig… The finger of suspicion pointed to Thomas Hogg (unfortunate name)… The magistrates put him to the test: They took him to a pigsty, and forced him to scratch at two sows in the enclosure. One sow, the mother of the monster-piglet, reacted with a show of ‘lust’ when Hogg touched her… Hogg’s guilt was crystal clear.” GR

In this day of bloated crime books about inconsequential killings, it’s refreshing to see a Big Book about a Big Crime, and even better to get one that’s worth reading cover to cover. The subject is Richard Speck, whose killing of eight student nurses in his rampage through a Chicago dorm in 1966 was one of the most highly publicized cases of the decade. Breo and Martin effectively convey just why this case was so important, and fill in more than enough detail in what is the most definitive book available on a benchmark crime. JM

There’s no shortage of books pretending to be “crime encyclopedias” of one sort or another, and this one fits right into the middle of the pack. More accurate than some, less comprehensive than others, Crime is pretty much an average crime reference book. Given the low standards prevailing in the field, this isn’t saying much. Somewhat sketchy with articles on individual criminals, it’s better at covering general topics like “repeat killers” and “sex crimes.” There are many more comprehensive (albeit more expensive) volumes. You have been warned. JM

Imagine a daily diet of bone-crunching slaughter, provided for your amusement, and free to all. “In the Arena,” “The Hunts of the Amphitheater,” “Purveyors to the Carnage” and “The Reign of the Star” are chapters in the cruel story of ancient Roman entertainment. Colorful, exciting and violent shows that grew more exotic over the years—Elephants! Tigers! Alligators! Bears! A re-creation of the fall of Icarus!—but never lost their sadistic appeal. Stardom could come to anyone: “‘I was no longer thin and disfigured,’ says a young man of good family captured at sea and sold to a lanista, ‘as I was when in the hands of the pirates; the good cheer that I found there was more intolerable to me than hunger; I was being fattened up like a sacrificial victim; and, scum among condemned slaves, I was a raw gladiator learning every day how to commit murder.’” GR