Career bio of the weather king of Tornado Alley, Gary England, chief meteorologist of KWTV, Oklahoma City. “In a region where the weather really is a matter of life and death, the pressures and rewards of England’s unique role have been intense. This heartfelt narrative portrays the world behind the television camera, the man behind Oklahoma’s most trusted weather predictions… Shows how England’s career developed and paralleled the almost incredible expansion of weather prediction and television.” Includes 55 spectacular color photographs of tornadoes. GR

“Collected from police files, homicide records, FBI reports and criminal information. Research analysis reveals a fascinating profile of today’s female murderer.” The crimes, they are a-changin’: “‘The issue… is whether there have been changes over time to the extent in which victims were strangers. The image of a new breed of female killer suggests a trend toward violence against strangers, where the offender is motivated by greed or a love of violence itself.” In-depth research, stats, charts, percentages, the works. Surprising conclusions. GR

“Face-to-face with some of America’s most terrifying killers, FBI veteran and ex-Army CID colonel Ressler learned from them how to identify the unknown monsters who walk among us—and put them behind bars. Now, the man who coined the phrase ‘serial killer’ and advised Thomas Harris on The Silence of the Lambs shows how he is able to track down some of today’s most brutal murderers… Ressler uses the evidence at a crime scene to put together a psychological profile of the killers. From the victims they choose, to the way they kill, to the often grotesque souvenirs they take with them—Ressler unlocks the identities of these vicious killers for the police to capture. And with his discovery that serial killers share certain violent behavior, Ressler’s gone behind prison walls to hear the bizarre firsthand stories of countless convicted murderers… Join Ressler as he takes you on the hunt for today’s most dangerous psychopaths.”

Most folks know that Chicago has been nicknamed the Windy City. Other aliases that the city has assumed are the Second City and the City That Works. In a famous poem it was referred to as The City With Big Shoulders, and some have been known to celebrate it in song as “That Toddlin’ Town.” But few have heard Chicago labeled the Wicked City, although at times in its history that sobriquet was deservedly applied to America’s Sin Capital of the Midwest. Through various administrations it existed as a wide open town, with prostitution, gambling, bootlegging, drug-dealing, graft and corruption reaching to the highest levels and creating an inviting and fertile environment for the professional criminal.
The writers take us down an avenue of characters, civic accomplishments and crimes whose landmarks are the restaurants, brothels, distilleries and gaming houses belonging to the likes of Giacomo “Big Jim” Colosimo, Giuseppe “Diamond Joe” Esposito (once referred to as the unofficial mayor of Little Italy), the Everly Sisters, Johnny “The Fox” Torrio, “Bloody” Angelo Genna, Dion “Deanie” O’Banion, George “Bugs” Moran, and finally the Big Guy himself, Alphonse “Scarface” Capone. Along the way we pay visits to City Hall where Mayor William Hale “Big Bill” Thompson sits in a back room smoking cigars with some suspicious-looking fellows; we pop in at the mansions of the Fields, the Pullmans, the McCormicks, the Palmers and the Armours to see what well-dressed skeletons lurk inside their plush closets; we spy a young Theodore Dreiser hurrying on his way to work for the Chicago Daily Globe; and stop at the sweat-filled gyms and locker rooms of Jack Dempsey, Harold “Red” Grange and “Shoeless” Joe Jackson for a bit of athletic distraction. As the hour grows late, we sneak into an outfit-owned muggles-smoke-filled speakeasy where the great Louis Armstrong is experimenting on his horn to the delight of writhing revelers drunk on jazz and illicit booze.
Unfortunately, for each person who found this street to be a road paved with gold, there were others for whom it proved to be the famous Boulevard of Broken Dreams. Witness the tragedy of Louis Henri Sullivan, master architect of the internationally renowned Chicago School and designer of some of the most beautiful edifices in the world, who died destitute and alone in 1924, just as others were reaping the rewards of Chicago’s Prohibition-era potential. It’s been said of late that with the ascension of Michael Jordan to the title of “The Most Famous Chicagoan,” thus dethroning Al Capone, and the recent uneventful and “exemplary” Democratic Convention whose idyllic calm allegedly shed the pesky ‘68 syndrome, Chicago has finally laid to rest the ghosts of its disreputable past. However the slew of recent Federal investigations digging into the phenomenon of “ghosts” on the city payroll (Operation Haunted Hall), avaricious aldermen who take money for the right to illegally dump garbage in their wards (Operation Silver Shovel) and trust-betraying policemen who simultaneously solve crimes while also committing them (Operation Broken Star) prove the old adage that in some places tradition dies hard. Wicked City Chicago is an invaluable guide to the sowing, nurturing and reaping of the seeds of this old tradition. As a venerable sage once said, Chicago by any other name still smells the same. AS

“On January 7, 1946, 6-year-old Suzanne Degnan was abducted from her North Side Chicago home, never to be seen again. The discovery of her dismembered body later that day caused widespread fear in the city. As police spent thousands of man-hours investigating, Chicagoans anxiously watched over their children—and themselves. Six months later, 17-year-old William Heirens, a University of Chicago student, was arrested in a burglary. For six days the police strained to build a case, while keeping Heirens locked up. He was isolated, threatened, injected with sodium pentothal, the ‘truth drug,’ and given a spinal tap. But six weeks after his arrest, the teenager confessed to the Degnan crime and the murders of two women, Frances Brown and Josephine Ross. Why?
“Kennedy offers proof that the defense attorneys conspired with the prosecution to coerce a confession from the teenager—while a frenzied press tried Heirens and convicted him, eliminating any possibility of a fair trial… At last Bill Heirens will receive what the city of Chicago and the state of Illinois could not give him in 1946—a fair trial.”

Compiled by the author of Bloodletters and Bad Men, this illustrated tome retains all the flavor of the aforementioned book. Photographs of ghoulish and asocial types are interspersed throughout the text at appealing intervals. We can even find a rare photograph of Fritz Haarman, the “Ogre of Hannover” with relative ease, along with other infamous killers from every corner of the globe. JB 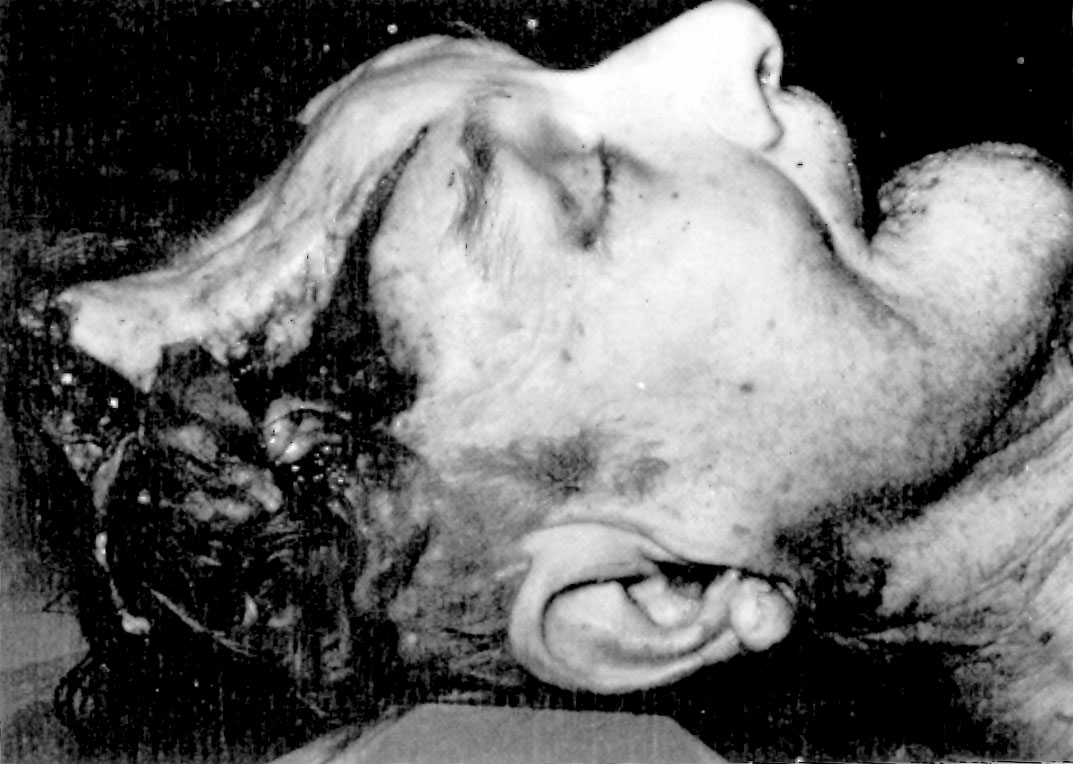 “An excursion into the underworld that uncovers the international scope—and historical roots—of today’s organized crime. Brilliantly cataloged by the dean of American true-crime writers, Jay Robert Nash, this volume profiles the notorious gangsters, crime families, cartels and gangland events that have shaped world history. Here are gangs such as the Dead Rabbits and the Whyos, who controlled 19th-century New York; gangsters such as Al Capone, Lucky Luciano, Bugsy Siegel, Meyer Lansky, Legs Diamond and Dutch Schultz, who brought crime to new heights of money-making and bloodshed; and contemporary organizations such as the Medellin Cartel, the ‘Pizza Connection’ gangsters, the Yakuza gangs of Japan, and New York’s powerful Gambino family.”