The Pacific Northwest has more than its share of serial murderers, and Robert D. Keppel has been involved in the search for many of them, including Ted Bundy and the elusive Green River Killer, as well as consulting on other high-profile cases including the Atlanta child murders. Once Bundy was behind bars Keppel spent hours interviewing him to gain insight into the mind of a killer who hunted humans. In a tale stranger than The Silence of the Lambs, Keppel describes how while on death row Bundy became an important part of the task force whose job it was to find the Green River Killer, and how he shared important information with investigators right up to the eve of his execution. NN

The Lone Star State’s epic journey of the death penalty, setting the records straight regarding illegal lynchings; crazed and delirious mobs thirsty for blood; racism; as well as tons of fun facts and absurd statistics. “I [sheriff of Brazoria County] was in attendance upon his trial, and I have talked to various persons, white citizens and Negroes in the community in which he lives, and am quite thoroughly convinced that John and V.J., the state’s principle witness, were intimate and have been intimate for sometime prior to the killing. I am convinced that John Banks and V.J. were tussling and the gun accidentally discharged and shot the little girl… “ Needless to say, John Banks was execution No. 191… “Don’t Mess with Texas!” TD

We are severely morally challenged and our gullibility retarded if we even consider this any more than preaching to the willfully converted. It’s a bit like books for people who construct model airplanes, but only model airplanes of Rhodesian biplanes built between 1924 and 1925. Unless you have an obsessive, vested interest and need confirmation of your mania, it’s meaningless.
And by the way, of course, the factual and even circumstantial evidence of a thriving biplane construction industry in Rhodesia between 1924 and 1925 is far more compelling and believable than this. GPO

Since 1900, serial crimes have gone from less than 50 in a decade to more than 300 by the year 2000. Who are the creeps that are lustmording our citizenry? Find out in this in-depth sequel to Hunting Humans. “A behind-the-screams look at America’s murder epidemic… Using case histories of more than 800 serial killers, the author looks for patterns and answers… Includes the word-for-word statements of convicted serial killers talking about sex, murder, life and death.” Plus the actual forms used by the FBI to profile murderers. GR

The grisly murder in 1947 of aspiring starlet and nightclub habitué Elizabeth Short, known even before her death as the “Black Dahlia,” has over the decades transmogrified from L.A.’s “crime of the century” to an almost mythical symbol of unfathomable Hollywood Babylon/film noir glamor-cum-sordidness. Author John Gilmore certainly has an odd assortment of credentials for this assignment: His dad was an LAPD officer at the time of the murder and was involved in the citywide dragnet immediately after Short’s body was discovered; he was a rebel-type young actor in the ‘50s carousing Hollywood with the likes of James Dean, Dennis Hopper, and Vampira; in the ‘60s he wrote two out-of-print, true crime-classics: The Tucson Murders about the Speedway Pied Piper, Charles Schmid, and one of the first books out on the Manson Family, The Garbage People. It is somehow appropriate that he should be the one to unravel the multilayered mystery of this archetypal unsolved Hollywood slaying as it begins to recede into the collective memory somewhere next to Bluebeard and Jack the Ripper. The murder has become better-known to most as the fictionalized subject matter of noir-stylized, self-consciously “hard-boiled” James Ellroy’s Black Dahlia.
In Severed, Gilmore tells several previously unrevealed stories at once, each filled with its own bizarre elements, illustrated by some remarkably gruesome crime-scene photos where the book more than lives up to its title. One is the tale of victim Elizabeth Short, small-town beauty queen with big hopes who seemed to somnambulistically drift through her tragically futile life, already an alluring yet doom-laden enigma. Another is the tangled inside story of the police investigation and remorseless Hearst-stoked press hoopla which ran parallel to it. Yet another is the twisted psychology and down-and-out life story of the actual murderer and his indirect “confession” wherein he fingers his female impersonator pal Morrison as the supposed killer. Then there is the suppressed information about Elizabeth Short’s congenital anatomical deficiency and the murderer’s ritualistic “correction” of it… It would be hard to swallow it all if it weren’t for all those authorities—from Kenneth Anger to Detective William Herrmann of the LAPD—on the back cover endorsing this bombshell of a report. SS

Contents include “The Place of Gynocide and Sexual Aggression in the Classification of Crime,” “Catathymic Gynocide,” “Compulsive Gynocide,” “Prognostic Considerations.”

“A valuable resource for anyone interested in serial murder. Written by three experts in the field, the book covers the behaviors that occur before, during and after the murder, as well as insight into techniques used to profile and capture serial killers.” 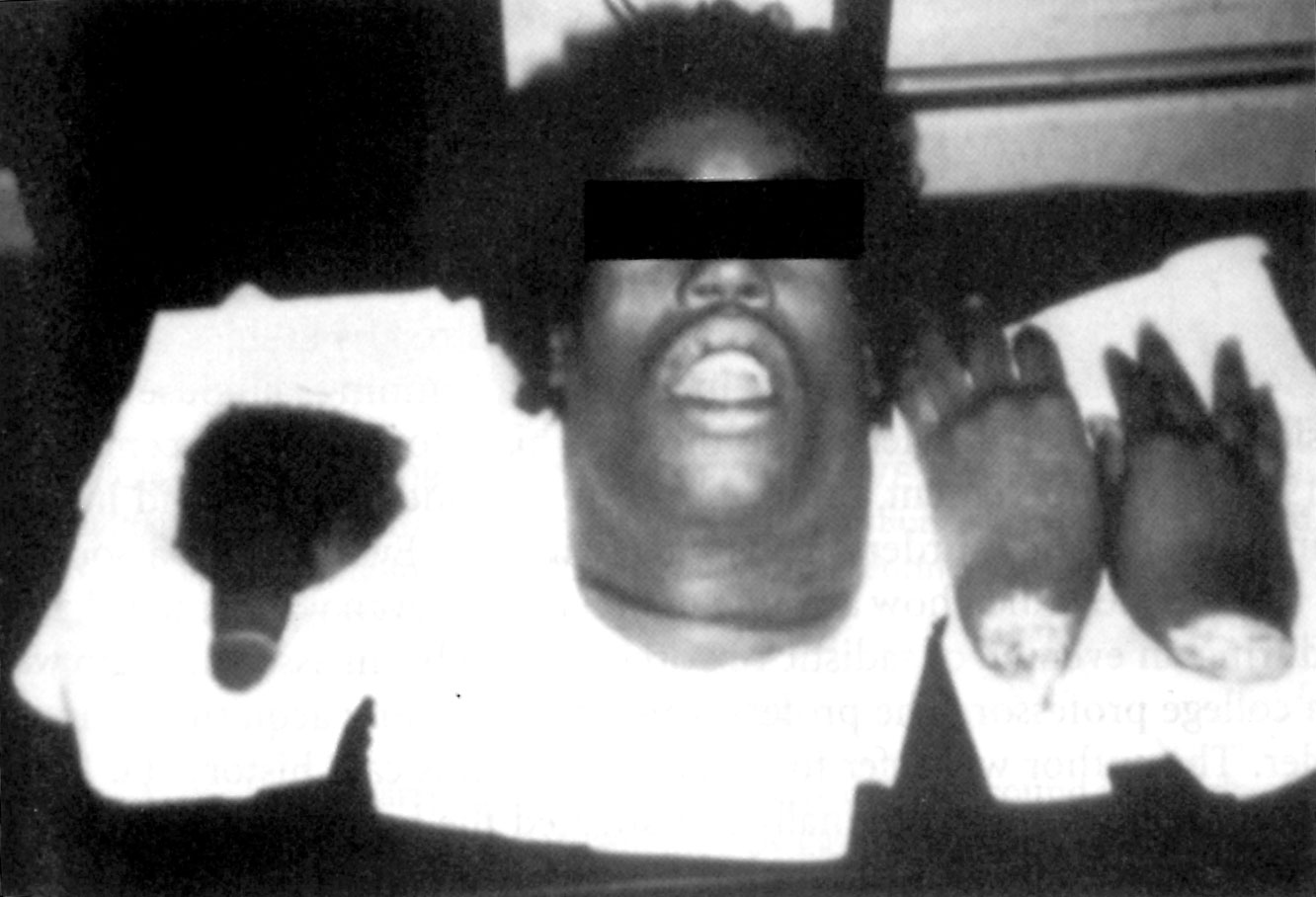 “From a storybook wedding to a marriage made in hell,” told by the wife of the “crossbow-killer” himself, Chris Hightower. “On September 20, 1991, in the peaceful community of Barrington, Rhode Island, Ernest Brendel had a heated argument in his garage with his neighbor Chris Hightower over an investment deal gone bad. The discussion—and Ernie’s life—ended when three steel-tipped arrows of a Bear Devastator crossbow ripped through his body.” Brendel’s wife and daughter came next. “Susan Hightower would truly [come to] understand that her husband Christopher was also a con man, a liar, a manipulator… and a murderer whose ‘hit list’ included herself, her parents and her two young sons.” GR

Plunged into a nightmare of unspeakable abuse and depravity, they lived as SLAVE GIRLS… one of the first glimpses into the shocking world of human bondage… a sordid world of slaves and masters, where innocent young girls are sold to the rich, kidnapped and subjected to horrifying degradation… virtual captives in the mansions of the rich and famous, or in the squalid dungeons of the utterly degenerate… the survivors who lived through the ordeal now tell all… JB

“In the early 1950s, Lynette Fromme’s world was more or less a paint-by-numbers existence shared by millions of suburban children living in Southern California… On the day that Lynette met a freshly released convict named Charles Manson, her world abruptly turned inside-out. Society became the enemy. Illegal drugs, violence, weapons and social outcasts now surrounded her and led her in the course of a decade to another dimension—to be imprisoned for the term of her natural life in the custody of the attorney general of the United States.”