“The trial of Arthur Jackson for brutally stabbing actress Theresa Saldana of ABC’s The Commish, drew national attention, but the deranged stalker was sentenced to only 15 years. Markham was the forensic psychiatrist at Jackson’s trial in his defense. Obsessed is taken from Markham’s diary, interviews with the defendant, the police, his lawyers and various court officials and from Jackson’s own disturbing diary.”

A fast moving and gut-wrenching exploration into the personalities of the star-crossed lovers and “public enemies” Bonnie Parker and Clyde Barrow. This is a thoroughly researched, in-depth study of the true natures of these notorious outlaws, by an acclaimed author well versed in the dark fields of violence, On the Run With Bonnie & Clyde breaks away from the usual police-blotter procedurals on these outlaw lovers. Delving deep into their character in his unique and uncompromising style, Gilmore places the reader squarely inside a stolen 1932 V-8 with the desperadoes on a dusty, two-year, devil-take-the-high-road spree of robberies, shoot-outs and murder. Through the dark windshield of legend, the short lives of these outlaw desperadoes on a relentless ride to an infamous end—in a torrent of blood and bullets—emerges as an essential and compelling narrative of these undying icons of American crime lore. On the Run With Bonnie & Clyde includes a controversial critical perspective of the unlawful ambush murder of Bonnie Parker, who was never officially accused of a violent crime.

Originally self-published by the crusty amateur Old West historian Charles Kelly in 1938, The Outlaw Trail is a crudely colorful, idiosyncratic account of the criminal escapades of Butch Cassidy, the Sundance Kid and their confederates along the famous Outlaw Trail which stretched from the almost inaccessible Hole in the Wall hideout in Wyoming, across Montana, Idaho, Colorado and New Mexico, to the remote Robber’s Roost stronghold in southern Utah. When Kelly began to scour the Outlaw Trail in the mid 1930s, he found it to be still quite warm—many of Cassidy’s Wild Bunch associates and the lawmen who pursued them were still alive and eager to pass on their oral histories of what had been perhaps the final dramatic chapter of the outlaw experience in the Wild West. AD

All right, you’re a vain, megalomaniacal celebrity nut case addicted to the fuzzy approval of an adoring public. Then, one night, after eating some fast food, you fly into a psychotic rage and brutally murder your estranged wife along with a hapless waiter who just happened to stroll onto the scene of the crime. You’re busted. You’re tried amid a three-ring global media circus of truly mind-boggling proportions. It looks bad, real bad, but wait—in one of the most staggering miscarriages of modern jurisprudence, you’re acquitted by a jury of your “peers” despite the veritable Mt. Everest of incriminating evidence tying you to the slayings. The rationally minded of the world reel in disbelief. How could this happen?
Somebody’s got to make sense out of all this, and who better to analyze the botched case against the vain, megalomaniacal, celebrity nut-case murderer O.J. Simpson than the vain, megalomanical, celebrity former Manson Family prosecutor and all-around media gadfly Vincent “Helter-Skelter” Bugliosi? Not a guy to shy from the public eye, Bugliosi claims he didn’t even want to write this book but was compelled to by the sheer weight of civic responsibility he felt in the wake of the verdict. Getting over his initial shyness, Bugliosi spares absolutely no one as he excoriates the tactics of the defendant, the “Dream Team” defense, the prosecution and the power-mad judge for their various roles in this travesty. So vociferous is Bugliosi that he’d have you believe that in the old days he could’ve single-handedly strapped O.J. into the gas chamber faster than you could say “Let’s have a sidebar.” And he could do it without all that pesky DNA business! And who knows, with a career record of 105 felony convictions out of 106 cases under his belt, maybe he could. Ask Charlie. AD

Fox and Levin got in on the ground floor of a trend in 1985 with Mass Murder: America’s Growing Menace, one of the earlier ‘80s books to take an overview of what would soon become better-known as serial killing. In Overkill, they deliver essentially an update on all the carnage of the past 10 years, liberally salting the volume with excellent, well-written and concise case studies of famous and not-so-famous mass and serial killers, many of whom have received little, if any, coverage elsewhere. Surprisingly, given one of the author’s Ph.D. credentials, the analysis side of the book is pretty simple-minded; more what you’d expect from USA Today than from a serious academic study. But then, they’ve been on enough talk shows to know which side of the bread the mass market likes its butter on. JM

“Artificial Aim: While they were waiting at a bus stop in Clerimston, Mr. and Mrs. Daniel Thirsty were threatened by a Mr. Robert Clear. ‘He demanded that I give him my wife’s purse,’ said Mr. Thirsty. ‘Telling him that her purse was in her basket, I bent down, put my hands up her skirt, detached her artificial leg and hit him over the head with it. It was not my intention to do any more than frighten him off but, unhappily for us all, he died.’”
The British author of Rumpole of the Bailey recounts tales and anecdotes of “the most famous representatives” of the criminal world, both fictional and factual and, in the case of Mr. Thirsty, accidental. GR

The tragic, unsolved, 1931 Starr Faithful murder mystery, dissected under a microscope with meticulous research and a credible conclusion—though it’s fairly painful to get there! This “thriller” is written in anglophilic English (hat = bonnet, etc.), and full of mind-numbing detail, much with no apparent connection to the case. Woven in between is a fairly interesting mystery, featuring Starr’s sordid, clandestine love affairs (one with a former Boston mayor), her unconventional sex life and misuse of drugs and bootleg alcohol, and details of her stepfather’s unsavory business ventures, including his involvement in a murder investigation. Mindful of the still-unanswered question of whether her death resulted from an accident, suicide or murder, the author tries to demystify this enigmatic case. CF

“No such thing as perfect crimes? Witness this whirlwind tour of dirty deeds, sinister scandals and cold-blooded murder—done in the name of love, money, madness and more—from around the world or right next door. All of these notoriously wicked characters overlooked a fatal flaw that brought their almost perfect crimes to light:
• The Lone Wolf: Japanese jet-setter Kazuyoshi Miura had a talent for making money, a taste for lizard-skin boots, and a lust for leading trusting young women like lambs to the slaughter.
• An attractive, 40ish Los Angeles personality walks into his wife’s bedroom and finds her with another man. He brutally murders both of them. Then during the subsequent investigation and trial many shocking details of their unusual marriage, sex lives and partying begin to emerge…
• From the Hollywood Hills to the Swiss Alps, Thomas Devins wheeled and dealed, thrilled and killed, and led the law through a game of global hopscotch in which he was always one step ahead…” 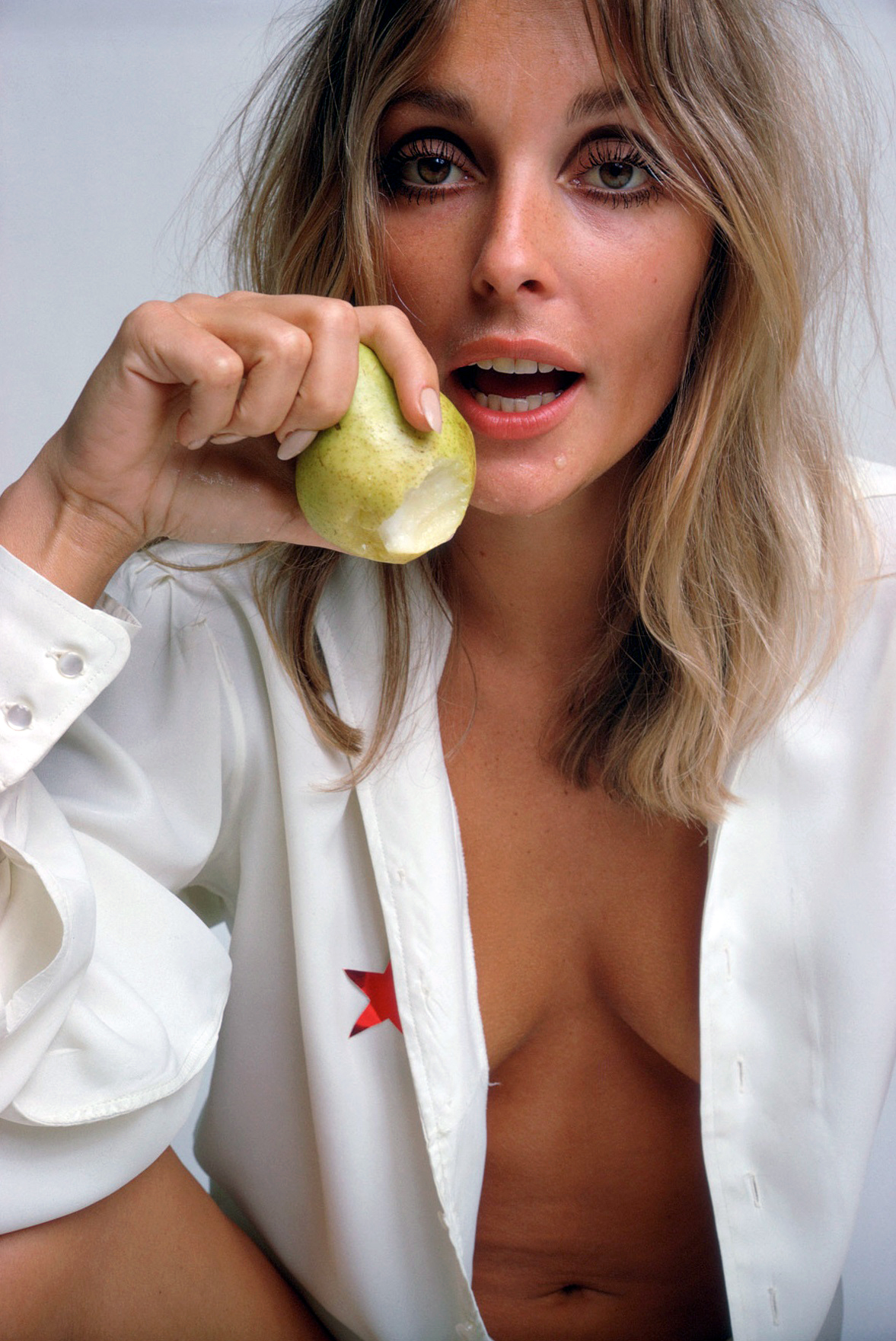 “In 1977, 20-year-old Colleen Stan left home to hitchhike from Oregon to California. Seven years later she emerged from hell, the victim of a bizarre and extraordinary crime. This is Colleen’s incredible true story, told by a determined young district attorney who prosecuted the man who had forced her to endure years of sexual perversion… and held her captive in a coffin box under his and his wife’s bed.”

“Regardless of the Geneva Convention and other laws and protocols, each commander must decide whether the use of force to obtain information from a hostile source is appropriate based on the circumstances at hand… . This volume is intended to supplement existing field manuals and to provide information on effective applications of force to a hostile subject… Men’s tolerance for humiliation and pain differ—often markedly. You must be prepared to try a variety of techniques until you find an effective one. Analysis of character before starting will help eliminate nonproductive techniques without trying them. A subject may have a great tolerance for physical pain but be absolutely broken by a hypodermic needle piercing his testicle. He may take hours of pounding with fist when he is allowed to bounce around a room, only to become thoroughly terrified when he is first immobilized with ropes before being beaten. He may be able to endure the actual touch of a hot iron to his flesh better than the sight of it hovering centimeters from his skin, waiting to cause an agonizing burn. He may be able to tolerate any amount of pain as long as he has reason to think he will survive it, but give in if he is genuinely threatened with severe mutilation or death. Conversely, he may welcome death as an end to the torture and give in only when he realizes that he will be kept in constant pain and not allowed to die.”