An outstanding look at one of postcolonial America’s more bizarre murders. One evening in 1812, Russell Colvin vanished from Manchester, Vermont, following a violent argument with his wife’s brothers, Jesse and Stephen Boorn. Tongues began to wag, the gossip flowed, and seven years later, the Boorns were convicted of murder. And then, just in the nick of time, Colvin reappeared. The Boorns’ convictions were quickly overturned.
But wait—there’s more! Forty years later, while trying to recruit a man for his counterfeiting ring, Jesse Boorn boasted about hiring an impostor to play Colvin. Unfortunately, Boorn’s potential recruit was an undercover U.S. marshal. McFarland carefully reconstructs the crime, and while he plainly leans toward the impostor theory, he avoids going on a heavy revisionist trip. Superior historical true crime. JM

Comprehensively xplains the changing pattern of crime though the ages up until the present—when the sex killer and mass murderer have become all that is worst in our “civilization.”

We live in a country obsessed with the details of the criminal mind—all the details, from bed wetting to history to methods. A comprehensive guide is assembled here for the first time. Hundreds of entries spanning collectors, collections, methods, college courses, weapons, poetry, songs and art by murderers and the infamous practitioners themselves. Grisly murder has been the subject of story and song, of art high and low for centuries. True crime books have been around since at least the 1600s. The case of Dr. H.H. Holmes, “America’s first serial killer,” was said to have caused as much excitement as O.J.’s trial today. Features few actual photographs but includes baseball-style trading-card drawings from such collections as “Bloody Visions,” “52 Famous Murderers” and artwork by Joe Coleman. If you are the consummate collector, you probably have most of this information, but it is a reference point for further investigation containing quirky details for the voyeur at heart—Ed Gein received requests for locks of his hair, David Berkowitz was a bed wetter. CF

What might compel an educated and well-adjusted man to start spending every free weekend with a gang of football hooligans—mere journalistic curiosity, or is it something deeper and more dangerous? This is the strange quandary of Bill Buford, a California native who came to London to start the literary magazine Granta, and began at once to develop an unwholesome preoccupation with that country’s lumpen-prole threat. Who, after all, can resist the pull of a crowd poised for destruction? “‘It’s going to go off,’ someone said, and his eyes were glassy, as though he had taken a drug. ‘It’s going to go off,’ spoken softly, but each time it was repeated it gained authority …“ What’s going to go off? A powder-keg of seething class hatred, empire-envy, racist fury and countless pints of strong English ale. Brittania über alles! JT

Your D(eoxyribo) N(ucleic) A(cid) could hang you. It’s in your hair, you saliva, your sperm, your skin, your sweat, your blood. “Combination of thrilling true crime stories and fascinating, fully understandable science,” as the author, a former homicide prosecutor and “DNA expert,” “describes the evolution of DNA and places in context the controversy surrounding its acceptance through dramatic re-creations of 14 of the decade’s most suspenseful criminal cases.” Details the forensic results of the Simpson DNA evidence, explaining what it really showed. Shows how the World Trade Center bomber’s saliva (on a stamp) nailed him. And how even modern DNA tests on old evidence can set an innocent jailbird free. GR

Aging punks find renewed purpose combating the glassy-eyed revival of hippie-chic in so-called rave culture (or Ravestock™), the consumo-liberalism of slack, of spectacle society (whether middlebrow or “alternative”), of the multicultural and welfare states, and find their true selves in the process. The Goads are easily the most influential members of the latest crop of countercultural “taste-makers,” the success story of their “hate rag” ANSWER ME! unprecedented in the by-definition marginal universe of personal zines. And let it be known that this empire-to-be was built on a good, old-fashioned foundation of blood, sweat, tears and flawless spelling; not the usual faddish ephemera. It was inevitable that whatever remained of punk in the ‘90s should take a sharp turn to the right, a form of self-actualization, really. With ANSWER ME!, the DIY initiative finally reclaims its Calvinist roots, alienation is reconfigured as rugged individualism, and all that fiddling with sexual codes serves in the end to mark an essential difference. Punk’s sexual ambivalence erupts here into full-scale biological warfare—the body being inherently revolting, as is, by extension, reproduction, childbirth, you name it. No surprise then that the Goads should choose instead to toil on behalf of the mighty death drive. While not the first magazine wholly devoted to mayhem, ANSWER Me! is easily the most ecstatic. Now that AK press has reprinted the first three issues in a single hefty volume, the Goads’ particular achievement may at last be measured against the general eruption of prurience which defines our cultural moment. Initial shock waves eddy ever outward into eventual alignment with the mainstream, and death, once the last outpost of the unthinkable, is not only colonized but converted into our foremost commodity. Or, in the words of the typical ANSWER ME! reader: “I’ll trade you two Dahmers for one Gacy.”
Supported by a familiar cast of fringe-dwellers (Anton LaVey, Timothy Leary, Boyd Rice, Ray Dennis Steckler, Russ Meyer, etc.) as well as some welcome new additions (Dr. Kevorkian, Rev. Al Sharpton, Al Goldstein, David Duke, etc.), the Goads set forth in these pages a definitive manual of cultural provocation and resistance, and one auspiciously devoid of rock’n’roll. Extreme and vital information is sniffed out (vitiated) at the source, rather than distilled by way of some popstar’s blathering. Likewise, no trippy typefaces, no kinko-collages, and no fisheye photographs to intrude upon the crystalline sobriety of the ANSWER ME! aesthetic. Two Top 100 charts, one devoted to mass murderers, another to “spectacular” suicides, are exemplary journalistic feats, showcasing a near-psychotic fastidiousness which perfectly complements the subject matter. Order rules at the offices of ANSWER ME!—the better to drive home their message of hate, and if not a message, then at least a market. JT

Perhaps the most bizarre volume in any true crime library. The author has diligently compiled the astrological data of crime. Included are 300 full-blown charts (complete with all those cute little astrological symbols) for a motley crew of serial killers, mass murderers, Nazis and other assorted loose ends. And as an added bonus they’ve thrown in the planet positions for another 435 cases. Definitive or demented, take your pick. JM 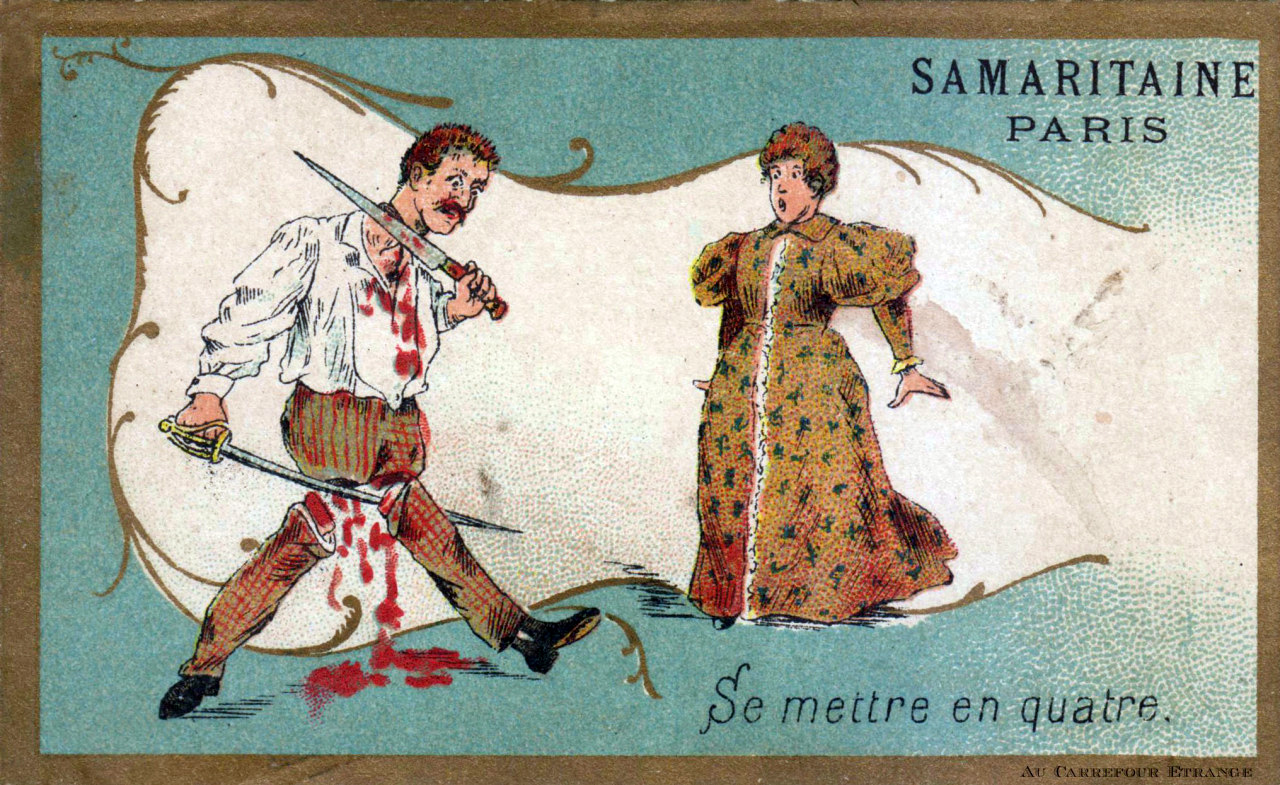 “A prominent lawyer for the criminally insane recounts some of his most dramatic and bizarre cases in a trenchant assessment of a legal system gone awry. As the stories unfold, we witness an idealistic young lawyer become ever more troubled as he succeeds, often through his brilliant courtroom strategy, in gaining freedom for those who leave only to kill again. We also hear frightening tales of a system so inept that a serial killer who has committed numerous rapes and murders is released because a representative from the D.A.’s office forgets to show up at his hearing… We also hear rare stories of redemption, including that of the cannibal killer who meets a psychotic murderess in the state psychiatric hospital. They fall in love, are eventually released, marry and now live peaceably in one of New York’s nicer suburbs.”

Outlaw literature from a New England “horse thief, bigamist, burglar, adulterer, con man, scoundrel, counterfeiter, deserter and common criminal who roamed the American colonies in the late 1700s, visiting several jails and escaping from most of them, before writing his autobiography.” First published in 1807, the unapologetic narrative so enraged the reading public, they set fire to the book’s print shop.

An alphabetical encyclopedia of female multiple murderers. The two implied selection criteria are telling: These women have all killed more than once, and they’ve all been caught—eventually. Most of the murderesses killed several husbands or children, most of them for insurance money, and an impressive number of them were not caught until they’d committed a half-dozen glaringly identical crimes. It leaves one with a picture of feminine evil: women tend to poison instead of shooting; they kill with calculation, not from passion; and they usually get away with it—why else would so many women here be caught on only their fifth or sixth husband-drugging? How many others managed to kill off just the one husband undetected? Reading this catalog, one realizes that women can be just as deadly as men, but that they get away with it more often. HJ