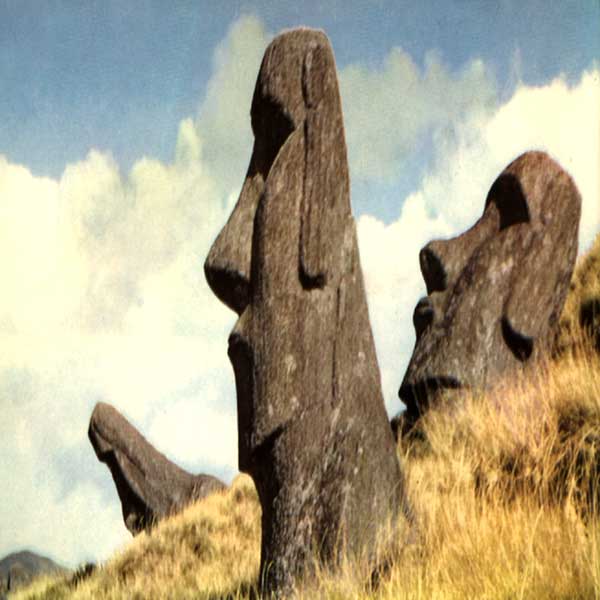 “Sanday argues that ritual cannibalism is intimately connected both with the constructs by which the origin and continuity of life are understood and assured from one generation to the next as well as with the way in which that understanding is used to control the vital forces considered necessary for the reproduction of society. She reveals that the presence or absence of cannibalism in a culture derives from basic human attitudes toward life and death, combined with the realities of the material world.”

“The Baule people of the Ivory Coast believe that each person has a mate of the opposite sex in the blolo, or otherworld, an ideal place from which newborns arrive and to which the dead return. Ravenhill examines the fascinating figurative art created by the Baule to represent their otherworld mates, discussing as well the psychological and existential meanings behind the images… Ravenhill analyzes Baule figurative art within the context of three culturally defined processes: the creation and consecration of the figures; the interaction between the owner, the figure and the spirit represented; and the ongoing male-female dialogue in which the art finds a place. He argues that the art is best appreciated not at a cultural level but through the specificity and power of individual objects within their original context. Dreams and Reverie not only offers a new look at a remarkable African art form but also invites the reader to reflect on the otherworlds that are created by art.”

The most up-to-date and comprehensive study available of the enigmatic prehistoric culture of Rapa Nui. This book explores the mysteries of Easter Island, overturning many of Thor Heyerdahl’s well-publicized but ill-founded theories. The authors consider the possible methods by which the islanders transported their massive, stone effigies over long distances and erected them on platforms. The authors also look at the largely undeciphered Rongorongo script engraved on wooden boards, and the bizarre cult of the birdman, with its complex egg-hunting ritual. Why, the authors ask, did the islanders deliberately topple the figures after the first Europeans visited the island in the 18th century? Includes 200 terrific illustrations, 15 in color. CS

Explains “what is known about this enigmatic island in the South Pacific—and what isn’t.” Also reveals “some tantalizing theories” about the brooding statues. “One of the great problems that dominate Easter Island archeologically is the question of how the statues were moved to the ahu, some of which are miles from the quarry… Some writers have suggested that a layer of sweet potatoes and yams was put under the statues… Others have said that wooden rollers were used… The most surprising thing is the unhesitating reply of all the natives—the statues were moved by mana… It is a mistake to smile at this kind of talk… What if certain men at a certain period were able to make use of electromagnetic or anti-gravitational forces? It is an extraordinary concept, but no more so than that of squashed yams.” GR

Shoes, canvases, wife problems, money and self-doubt. “Ill-luck has pursued me my whole life, without rest. The further I go, the lower I descend. Perhaps I have no talent, but—all vanity aside—I do not believe that anyone makes an artistic attempt, no matter how small, without having a little—or there are many fools. In short, after the effort I have made, I can make no more unless it bears fruit.” GR

Pictorial essay on the works of African coffin maker Kane Kwei and his cousin and onetime apprentice, Paa Joe. They specialize in a most unique type of coffin which bears the characteristics of the newly deceased. These coffins are a reflection of the dead person’s occupation: a fish coffin for a fisherman, a lion coffin for a hunter, etc. The folk art of coffin building by the people known as the Ga (a dominant ethnic group from the Accra region in Africa) began around 1904 with Ata Owoo, who founded the business. After his death in 1976, the business was carried on by Kane Kwei. The reader sees the step-by-step creation of these ornate, wooden coffins, beginning alongside the death bed and ending when they are buried. Each coffin is hand-crafted and beautifully painted, and can take the shape of anything from an eagle to a Mercedes-Benz (for a car salesman). Some have even been commissioned by art galleries and private art collectors. Many color photos document these creations and the elaborate funeral ceremonies of Accra. DW

“During the Raj, one group stands out as having prospered and thrived because of British rule: the Parsis. Driven out of Persia into India a thousands years ago, the Zoroastrian people adopted the manners and aspirations of the British colonizers. Their Anglophilia ranged from cricket to Oxford to tea. The British fulsomely praised the Parsis and rewarded them with high-level financial, mercantile and bureaucratic posts. The Parsis dominated Bombay for more than a century, until Indian independence ushered in their decline… The Parsi story is filled with the pathos of their long-delayed recognition of the emptiness of the promise that Parsis might one day be Englishmen. Luhrmann sensitively examines the paradoxical nature of their self-criticism (the Parsis had identified themselves with the ‘strong,’ ‘virile’ colonizers but now speak of themselves as effeminate, emasculated, ‘weak,’ all epithets once used by the British of Indians) to create an image of a fragile and beleaguered identity, fraught with contradictions, that looks uneasily toward the future.”

“Tells the story of the author, who, at the age of twelve, ran away from his privileged, cultured Belgian family and home to join a wandering band, a kumpania, of Gypsies. For ten years he lived as one of them, traveled with them from country to country, shared both their pleasures and their hardships, and came to know them as no outsider ever has. Yoors’ first-hand and highly personal account of an extraordinary people is a real story about the Gypsies’ fascinating culture and their never-ending struggle to survive as free nomads.” This edition contains 21 full-page photographs taken by the author. 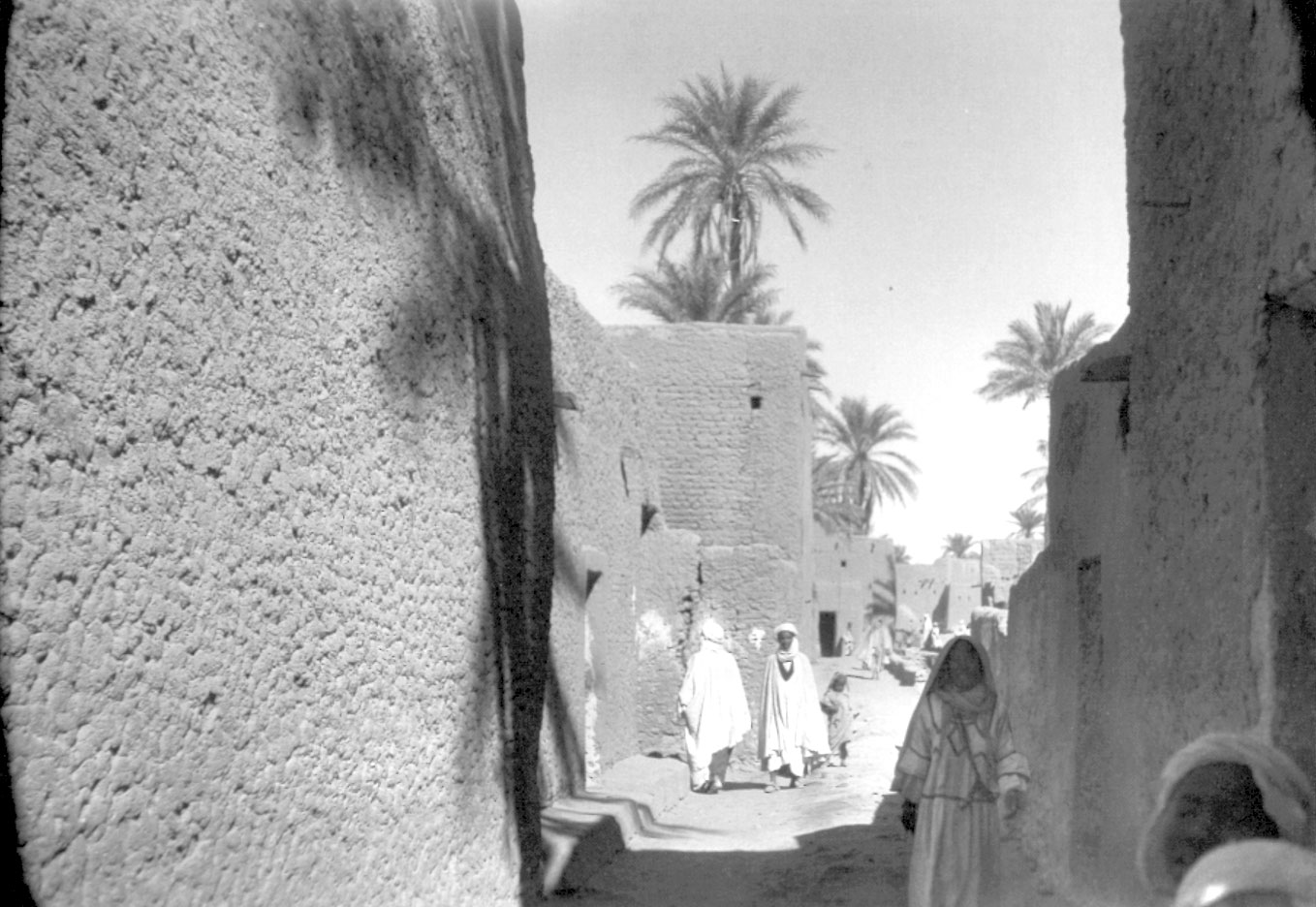 A beautifully written and lushly illustrated guide to the lost world of the harem in the Ottoman Empire in the region of modern-day Turkey. Croutier draws upon not only historical records but also stories her grandmother and great-aunt shared with her to provide a full and fascinating account of the lives of women who were overseen, if not owned outright, by pashas and viziers. Chapters on costumes, the baths and food almost convince the reader that harem life wasn’t bad at all for the average odalisque, as long as the sultan didn’t go mad and decide to have you sewn into a bag and dumped with your sisters into the nearest river. Croutier also spills the beans on everything you’ve ever wondered about eunuchs. JW

Eerie stories from the fantastic world of the Shark God of Molokai, the Ghost of Wahaula Temple, and the King of Ghosts. Originally published in 1915.