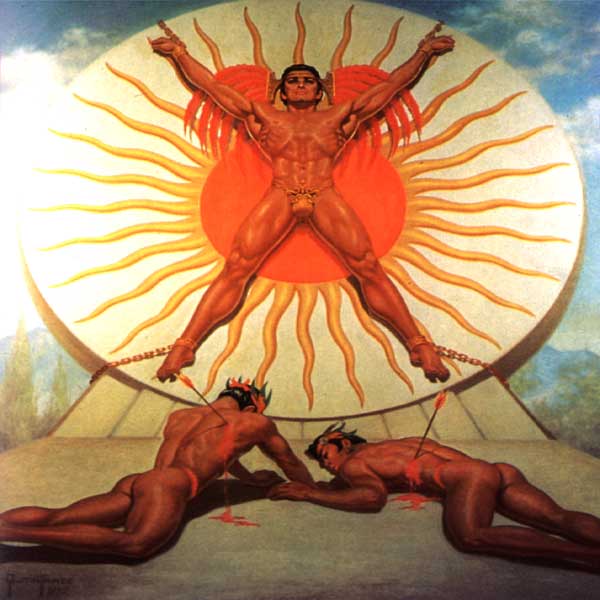 Collection of newly translated writings from the period of 1945-1951 when Bataille rose to the defense of Surrealism’s place in history at the point where it seemed the most trivial and passé, eclipsed by Existentialism and Communism in the chic circles of the French intelligentsia. Despite being previously denounced as an “excremental philosopher” by the impulsive and tyrannical Breton, Bataille prophetically writes of Surrealism as a potentiality yet to be realized. He discusses Surrealism in religious terms as a “spiritual authority” and a “moral imperative” and compares the advent of Surrealism to the Renaissance in its importance. “No one, then, can fail to know that the clearest certainty of surrealism is to manage to rediscover the attitudes of mind that allowed primitive man to combine in ritual and, more precisely, to find in ritual the most incisive and tangible forms of poetic life.” Also contains the memorable quote, “…the absolute authority of the instant is the amok…” SS

The Accursed Share is Bataille’s warped three-volume study of political economy. As Bataille described his project, “I had to add that the book I was writing did not consider the facts the way qualified economists do, that I had a point of view from which a human sacrifice, the construction of a church or the gift of a jewel were no less interesting than the sale of wheat.” The first volume, titled “Consumption,” looks at these questions from an economic standpoint, concluding that utility can only end in uselessness. AP

An academic interpretation of the “profoundly original and radical nature of Bataille’s work”: “Bataille’s Acephalus does not merely represent a grotesque celebration of upsides down and bottoms up, but the more abysmal image of a topless bottom. The concept of heterology, a neologism invented by Bataille, does not simply indicate a warm, euphoric relationship to otherness. Otherness, in other words, is not simply a matter of pleasure and enjoyment. There is no carnival without loss. No Luna Park without a slaughterhouse.”

“Assembles three sets of texts written by a number of writers associated with Georges Bataille, some of whom were members of his Acéphale group, others being members, or ex-members, of the Surrealist groups in Paris and New York. Apart from the presence of Bataille and his concerns, what unites these texts is their form, which derives from that of dictionaries or encyclopedias… The Critical Dictionary appeared in the magazine Documents, edited by Bataille. The second series of texts, the Da Costa Encyclopedia was published anonymously by members of the Acéphale group and writers associated with the Surrealists after the liberation of Paris in 1947. Both cover the essential concepts of Bataille and his associates: sacred sociology; scatology, death and the erotic; base materialism; the aesthetics of the formless; sacrifice, the festival and the politics of tumult, etc.: a new description of the limits of being human. Humor, albeit sardonic, is not absent from these remarkable redefinitions of the most heterogeneous objects or ideas: ‘Camel,’ ‘Church,’ ‘Dust,’ ‘Museum,’ ‘Spittle,’ ‘Skyscraper,’ ‘Threshold,’ ‘Work’—to name but a few.”

“Like the fictional narratives of novels, the texts that follow—the first two at any rate—are offered with the intention of depicting the truth. Not that I’m led to believe they have a convincing quality. I didn’t wish to deceive. Moreover there is not in principle any novel that deceives. And I couldn’t imagine doing that in my turn better than anyone else. Indeed I think that in a sense my narratives clearly attain the impossible. To be honest, these evocations have a painful heaviness about them. This heaviness may be tied to the fact that at times horror had a real presence in my life. It may be too that, even when reached in fiction, horror alone still enabled me to escape the empty feeling of untruth…” 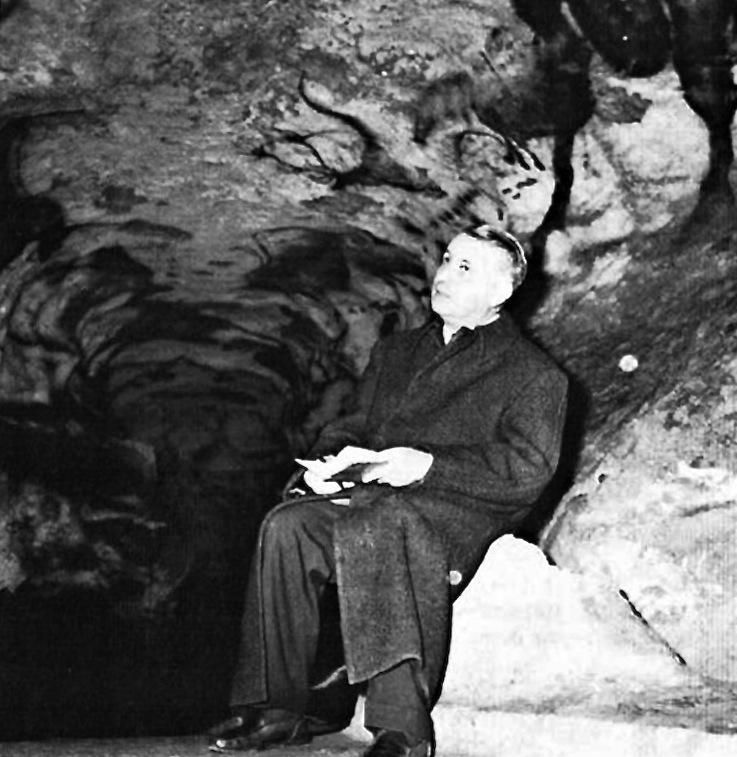 “By inner experience I understand that to mean what one usually calls mystical experience, the states of ecstasy of rapture, at least of meditated emotion. But I am thinking less of confessional experience, to which one has had to adhere up to now, than of an experience laid bare, free of ties, even of an origin, of any confession whatever. This is why I don’t like the word mystical… We are totally laid bare by proceeding without trickery to the unknown. It is the measure of the unknown which lends to the experience of God—or of the poetic—their great authority. But the unknown demands in the end sovereignty without partition.”

“Laure (1903-1938) was a revolutionary poet, masochist, Catholic rich girl, world traveler. Toward the end of her life she became the lover of French writer Georges Bataille. Her writings and her life story were remarkable in their violence and intensity, and her relationships with Bataille and Michel Leiris clearly influenced their works. This complete collection of writings published for the first time in English includes ‘Story of a Little Girl,’ about the Catholic priest who sexually molested her sister; ‘The Sacred,’ a collection of poems and fragments on mysticism and eroticism; notes on her association with Contre-Attaque and Acéphale, and her involvement with the Spanish Civil War and the early years of the Soviet Union; a compendium of correspondence with her beloved sister-in-law, and tortured love letters to Bataille; and an essay by Bataille about Laure’s death of tuberculosis at the age of 35.”